Since early 2020, we’ve all been tearing our hair out, wondering how the information war known as the COVID-19 Pandemic and “vaccine” has been pulled-off on a global scale.

Now, Dr Jane Ruby says, “I believe we finally know how all of these horrific things are happening without any oversight and without any government body officials stopping the death and destruction from these bioweapon shots.”

Dr Jane is talking about the work of legal analyst and super sleuth, Katherine Watt who discovered the slow kill of American laws and the US Constitution and how it is legalizing tyranny, genetic damage, and the takeover of America under the guise of public health.

Watt started looking closely at the legal architecture supporting the COVID pandemic hoax and how it fit with the oddly-coordinated pandemic story told by governments, worldwide and how it relates to the World Health Organization’s International Health Regulations of 2005.

Dr Jane says, “And what she found is, in my opinion, is stunning. She said, and I quote, ‘A whole lot of things that once were federal and state crimes and civil rights violations have been legalized by Congress, through legislative statutory revisions to the United States Code, they were signed by multiple US presidents and implemented at the administrative, regulatory level by the Department of Health and Human Services. This was all done through the Code of Federal Regulations.’

“Essentially, what I believe she’s saying is, our government, slowly and deceptively changed our laws to enable the various federal agencies to commit domestic bioterrorism here, in the US and crimes on humanity, worldwide.”

The stealth, incremental dismantling of the protections of our rights is something that I and others have been commenting for years. For example, the passage in 2013 of the Smith-Mundt Modernization Act repealed the propaganda ban in the original 1948 Smith-Mundt Act, and enabled the relentless sabotage of the Trump presidency and the media juggernaut of the COVID hoax and vaxxine rollout.

Most of the worst laws have been passed since 2000 — just before 9/11 and the US Department of Defense false flag anthrax attacks.

They are listed below, with links to the full text of each law, and a short summary of what I understand about how each one fits into the overall scheme.

The basic goal of the architects, which has been achieved, was to set up legal conditions in which all governing power in the United States could be automatically transferred from the citizens and the three Constitutional branches into the two hands of the Health and Human Services Secretary, effective at the moment the HHS Secretary himself declared a public health emergency, legally transforming free citizens into enslaved subjects.

In other words: Congress and US Presidents legalized and funded the overthrow of the U.S. Constitution, the U.S. government and the American people, through a massive domestic bioterrorism program relabeled as a public health program, conducted by the HHS Secretary on behalf of the World Health Organization and its financial backers.

Dr Jane notes, “President Trump’s September 19th executive order coalesced all these federal agencies and gave them the power – whatever people think of him – that’s what that executive order did…this is a worldwide RICO-like operation.”

The remedies to this horrible situation include repealing each and every law Watt cites among those systematically enacted in her blog to deprive us of our God-given rights and sovereignty. Tore Maras has suggested retroactively impeaching Obama, to delete all of his legislation, including the “Affordable” Care Act and all of its biosurveillance language. Watts has even discussed temporary secession of states, in order to shield their states from the tyranny of these genocidal, treasonous Globalist laws. 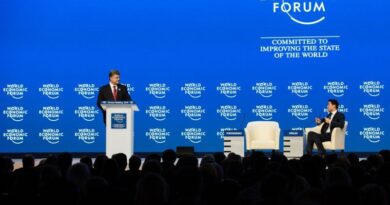 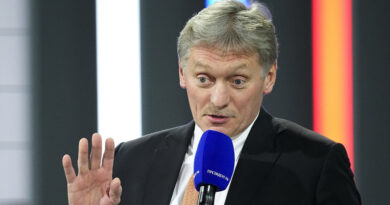