This article was previously published April 23, 2015, and has been updated with new information.

Aside from water, tea is the most commonly consumed beverage in the world.1 In the U.S., black tea is by far the most popular, but green tea (which accounted for just 14% of the tea consumed in America in 20152) may have particularly powerful health benefits.

Regardless of variety, black and green tea (as well as oolong, dark and white teas) come from the same plant, an evergreen called Camellia sinensis. It is the processing method and degree of oxidation (exposure to oxygen) that creates the different tea types and the antioxidants available in them.

Black tea is highly oxidized, both naturally when it’s picked, and deliberately when it’s later crushed to speed up the oxidation process. Often incorrectly referred to as “fermentation,” oxidation of black tea is carefully controlled to avoid fermentation, which actually is a process used with some oolongs and other aged teas, such as Pu-erh, that involves very little oxygen.3

“Full” oxidation is also avoided with black tea making, as that would make it stale. Green tea, on the other hand, is either lightly steamed or not manually oxidized at all after the leaves are harvested.

Black tea gets its color from the abundance of tannins that it contains, which are a form of antioxidants. The rest of the antioxidants emerge as black tea oxidizes, chemically converting into complex flavonoids called Epigallocatechin gallate polyphenols (EGCGs).4

Commonly referred to as theaflavins and thearubigins, they are powerful antioxidants that some studies have shown may have significant health benefits, such as improved anti-inflammatory responses and lowered risk of coronary heart disease.5

Both black and green teas contain a similar amount of flavonoids and beneficial antioxidants; it is the minimal oxidation of green tea that may help to keep significant levels of its natural phenols and antioxidants, or catechins, intact.

As explained by the World of Tea,6 catechins are in all tea — it’s the controlled oxidation of the tea that changes the composition of catechins in the individual teas. This process usually begins after tea leaves are rolled or macerated, which breaks down the cell walls in tea leaves. The resulting reaction converts tea catechins into the theaflavins and thearubigins of black tea:

… Also, during oxidation chlorophylls are converted to pheophytins and pheophorbides (pigments that lend to the black/brown color of dry oxidized tea leaves); and lipids, amino acids and carotenoids degrade to produce some of tea’s flavor and aroma compounds.”

This conversion of catechins to theaflavins and thearubigins means that the longer the oxidation, the lower the amount of catechins in the finished tea. Hence, oxidized black tea has fewer catechins but an abundance of EGCG polyphenols, while green tea, because it’s not oxidized, is full of catechins — naturally occurring polyphenols that are catching the attention of the world of science.

Researchers believe that catechins give green tea its “super powers.” Green tea is rich in naturally occurring plant compounds called polyphenols, which can account for up to 30% of its dry leaf weight.

Within that group of polyphenols is epigallocatechin-3-gallate (EGCG), one of the most powerful catechins — the same polyphenol that is in black tea, and which has been shown to positively impact a number of illnesses and conditions. Like black tea, green tea also contains L-theanine, an amino acid that crosses the blood-brain barrier and has psychoactive properties.

Theanine increases levels of gamma-aminobutyric acid (GABA), serotonin, dopamine, and alpha wave activity, and may reduce mental and physical stress and produce feelings of relaxation.7 Theanine may also help to prevent age-related memory decline8 and has been shown to affect areas of your brain involved in attention and complex problem-solving.9

Green tea’s popularity has led many researchers to study its effects on the human body, and their findings confirm it possesses a myriad of health benefits that reaches throughout your body. So what is green tea good for? The following section details green tea’s most powerful benefits from studies published around the world.

Drinking green tea is associated with reduced mortality due to all causes, as well as mortality due to heart disease.10 Research also shows holistic benefits from green tea consumption, including lower blood pressure, oxidative stress, and chronic inflammation.11

Overall, tea has about eight to 10 times more polyphenols than fruits and vegetables, but because it’s the catechins that researchers believe are the keys to tea’s health benefits,30 green tea is what they’ve focused on most in their studies.

For example, green tea shows promise for protecting brain health. In a study presented at the 2015 International Conference on Alzheimer’s and Parkinson’s Diseases, those who drank green tea one to six days a week had less mental decline than those who didn’t drink it.31 In addition, the researchers revealed that tea drinkers had a lower risk of dementia than non-tea drinkers. It’s not the first time green tea has been linked to brain health.

In a study of 12 healthy volunteers, those who received a beverage containing 27.5 grams of green tea extract showed increased connectivity between the parietal and frontal cortex of the brain compared to those who drank a non-green tea beverage.32

The increased activity was correlated with improved performance on working memory tasks, and the researchers believe the results suggest green tea may be useful for treating cognitive impairments, including dementia. According to the study authors:33

“Our findings provide first evidence for the putative beneficial effect of green tea on cognitive functioning, in particular, on working memory processing at the neural system level by suggesting changes in short-term plasticity of parieto-frontal brain connections.

Modeling effective connectivity among frontal and parietal brain regions during working memory processing might help to assess the efficacy of green tea for the treatment of cognitive impairments in psychiatric disorders such as dementia.”

Green Tea May Be a Whole-Body Health Tonic

Tea has been enjoyed for close to 5,000 years. It was reportedly discovered in 2737 BC when tea leaves accidentally blew into Chinese Emperor Shen-Nung’s pot of boiling water.34 Tea has been used traditionally as a beverage and healing tonic ever since. As reported by the University of Maryland Medical Center:35

“In traditional Chinese and Indian medicine, practitioners used green tea as a stimulant, a diuretic (to help rid the body of excess fluid), an astringent (to control bleeding and help heal wounds), and to improve heart health.

It’s difficult to find many drawbacks to tea, but there is one potential issue you should be aware of: pollutants. Green tea plants are known to be especially effective at absorbing lead from the soil, which is then taken up into the plants’ leaves. Areas with excessive industrial pollution, such as China (where more than 90%36 of the world’s green tea is produced), have been found in the past to contain substantial amounts of lead.37

While those studies looked at lead content during the years 1999 to 2001, according to a ConsumerLab.com analysis reported in 2013 and updated in 2015,38 tea from popular packaged brands like Lipton and Bigelow contained up to 2.5 micrograms of lead per serving compared to no measurable amounts in Teavana brand, which gets its tea leaves from Japan.

(Bigelow denies that these measurements are correct, and in fact points out on its website that ConsumerLabs admitted in their report that lead found in the tea leaves was not in the actual liquid portions when they were brewed.39) The takeaway, then, is don’t chew on the leaves.

So, while the lead in the tea leaves is not thought to leach very effectively into the tea you end up drinking, if you’re consuming Matcha green tea, one of my favorites, it’s especially important that it either comes from Japan or is organically grown in China, which has moved toward organic green tea production in the past few years, and in 2020, announced 132 companies in Pu’er City alone, had obtained a total of 186 organic tea certificates, ranking it No. 1 in China for organic tea.40

Matcha tea contains the entire ground tealeaf, and can contain over 100 times the EGCG provided from regular brewed green tea. Both black and green teas are also naturally high in fluoride,41 even if organically grown without pesticides. This is because the plant readily absorbs fluoride thorough its root system, including naturally occurring fluoride in the soil.

According to the late fluoride expert Jeff Green, there are reports of people who have developed crippling skeletal fluorosis from drinking high amounts of iced tea alone.42,43 If you live in an area with fluoridated drinking water, as the majority of Americans do, then you could be getting a double dose of fluoride when you drink tea.

Therefore, when selecting tea of any kind, it should preferably be organic (to avoid pesticides) and grown in a pristine environment that ensures that the least amount of fluoride, heavy metals and other toxins from soil and water possible leaches into the tea trees and leaves. A clean growing environment is essential to producing a pure, high-quality tea.

A Quick Trick to Boost the Health Benefits of Your Tea

To boost the benefits of green tea, add a squirt of lemon juice to your cup. Previous research has demonstrated that vitamin C significantly increases the amount of catechins available for your body to absorb. In fact, citrus juice increased available catechin levels by more than five times, causing 80% of tea’s catechins to remain bioavailable.44

On the other hand, while adding lemon juice is beneficial, adding milk is not. The proteins in milk may bind to and neutralize the antioxidants in tea, such that its health benefits are significantly reduced. One study even found, “All [beneficial vascular protective] effects were completely inhibited by the addition of milk to tea.”45

Finally, know what to look for in terms of quality. A telltale sign of high-quality green tea is that the tea is in fact green. If your green tea looks brown rather than green, it’s likely been oxidized, which can damage or destroy many of its most valuable compounds. Many enjoy using loose tea leaves, which ConsumerLab found may offer even more antioxidants (while also avoiding potential toxins in tea bags).

A cup of green tea will give you anywhere from 20 to 35 milligrams of EGCG, so three in a day will supply you with 60 to 105 milligrams. There are some studies that have used much higher doses than this — upwards of 1,500 milligrams a day — but as of now there’s no clear-cut evidence of exactly how much is best.

The good news is that much of the research on green tea has been based on about three cups daily, which is easily attainable, and enjoyable, for most people. Here are a few simple guidelines for making the “perfect” cup of tea: 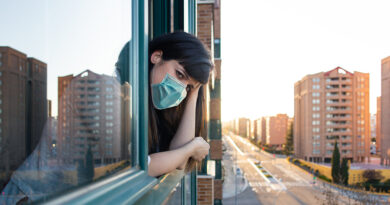 Forced COVID lockdowns may soon be coming back to America 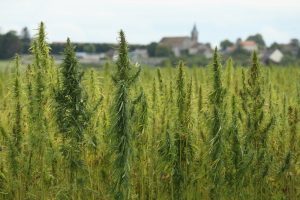 How to Use Cannabis as Medicine