The U.S. Food & Drug Administration (FDA) has questionably authorised emergency use of both the Pfizer and Moderna mRNA Covid-19 injections for use among children aged 6 months and above despite a new study confirming Covid-19 vaccination can cause children to suffer Vaccine-Associated Enhanced Disease.

The FDA will live to regret this outrageous decision, as will any parent who takes the FDA’s advice. Because a study, published 31st May 2022, that aimed to prove Covid-19 vaccination effectively protects children against multisystem inflammatory syndrome, unfortunately, discovered the complete opposite.

Multisystem inflammatory syndrome (MIS) is a condition that mainly affects children, and causes dangerous inflammation throughout the body, including in the:

The condition can be both severe and life-threatening. Unfortunately, experts have no idea what causes it, but this hasn’t stopped the U.S. Centers for Disease Control from attributing the condition to complications of the alleged Covid-19 disease.

Researchers from the University of Colorado carried out a detailed study of two otherwise healthy, fully vaccinated children in the USA who were diagnosed with multisystem inflammatory syndrome.

In the first case, headache and myalgia developed in a healthy 14-year-old boy, but by day 7 of suffering illness, fever, abdominal pain, diarrhoea, emesis, bloodshot eyes, red cracked lips, and rash had also developed. On day 10, he was brought for treatment to the emergency department and admitted to a quaternary-care pediatric hospital.

Three months earlier, he had completed the Pfizer-BioNTech 2-dose COVID-19 vaccine series. One month later, he experienced three days of coughing and congestion and tested positive by PCR for SARS-CoV-2 infection, from which he allegedly recovered.

On the patient’s first day of hospitalization, the infectious diseases section was consulted, and it was determined that the patient’s illness met the Centers for Disease Control and Prevention multisystem inflammatory syndrome criteria.

Treatment improved the rash, headache, and conjunctivitis but fever, malaise, and nausea persisted, and cardiac markers rose. After further treatment, the child was eventually discharged on day 5 of hospitalisation.

In the second case, fever and fatigue, followed by congestion, cough, myalgias, headache, nausea, and vomiting, developed in an otherwise healthy 14-year-old girl.

On day 3 of illness, rapid SARS-CoV-2 and influenza test results were negative, then on day 12, she was brought to the emergency department due to suffering persistent fever, headache, cough, and vomiting. This time she tested positive for Covid-19.

Three months before her illness, she had completed the 2-dose Pfizer-BioNTech COVID-19 vaccine series.

The child was prescribed amoxicillin for possible sinusitis and discharged. But then on day 14, she returned to the hospital for dyspnea and required low-flow oxygen for hypoxemia. Electrocardiogram, troponin, and NT-proBNP test results were normal.

She was admitted and criminally received 1 dose of remdesivir, which was discontinued because of elevated liver function test results (Table 1).

The child improved and was discharged on day 18. However, she returned the next day with a recrudescent fever, emesis, and a new diffuse rash, including on her palms and soles.

Eventually, the child was discharged on day 9 of readmittance to the hospital.

What does the Study tell us?

First, let’s take a look at some of the horrific illnesses that were suffered by these two children.

It’s hard to believe that two children could possibly suffer all of these horrendous conditions following infection with Covid-19, when we know that children are at negligible risk of suffering illness worse than the common cold.

But the reason these two otherwise healthy children suffered these conditions is because they had received two doses of the Pfizer Covid-19 injection and unfortunately went on to suffer Vaccine-Associated Enhanced Disease once they were exposed to the alleged Covid-19 virus.

How do we know this? Because it’s all in the confidential Pfizer documents that the U.S Food & Drug Administration (FDA) has been forced to publish by court order. 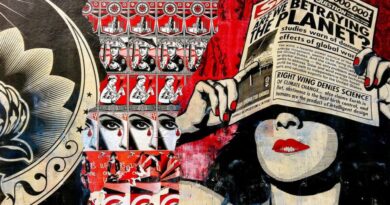 The Psychology of Manipulation: Lessons Learned From the Master of Propaganda