“Zoolander” met Zelenskyy on Monday as actor Ben Stiller visited Kyiv to mark World Refugee Day. It comes as Russia’s invasion of Ukraine continues to force millions of people to flee the war-torn country, exacerbating a growing global crisis that has seen the number of displaced people pass 100 million for the first time on record, NBC News reported showing a video clip of the two men laughing and joking.

Mattea Merta took to Twitter to warn of the seriousness of the situation:

Replying to her own tweet Merta added: “Seriously, they either have the same trainer or the same genes.”

Vicki Johnson replied: “First time in history that war tourism is a thing.  So many government leaders, actors and musicians are flocking to a country that’s ravaged by war for photo ops. Incredible how so many ordinary citizens fled their homeland in fear, but the celebrities/politicians head over.”

Daniel Wright had a more serious question: “I thought there was a war going on.  How are so many western leaders and Hollywood celebrities freely getting into the country and walking the streets and taking photos?”  Apollo (Brandon) answered: “You answered your own questions ‘western LEADER’ ‘HOLLYWOOD CELEBRITIES’.”

The Babylon Bee is well-known for its satire pieces. And just to reassure readers that they aren’t fake news they clarify: “unlike other satire sites, everything we post is 100% verified by Snopes.com.”  Below is their take on the latest celebrity to enjoy a mini-break in war-torn Ukraine’s capital.

Republished from The Babylon Bee

KYIV—President Zelensky has reportedly contacted the White House to arrange the return of Ben Stiller who was sent to Ukraine by mistake. According to sources, he had requested Will Ferrell via mail-order from America’s stock of pandering celebrities.

“This is an enormous mistake,” Zelensky told UN ambassadors. “Who is this Stiller? I want loud man-child with curly hair that makes the funny! My troops will accept nothing less!”

“Have you seen Elf? It is a modern Christmas classic!”

Ben Stiller was reportedly embarrassed by the terrible mix-up and offered to follow him around for a while and put together a documentary.

“Ha! No thanks, we’ve had enough Sean Penns for a lifetime. Leave me, Simple Jack!” yelled the enraged Zelensky.

President Biden reportedly blamed Putin for the shipping error. “The burden on our supply chain has disrupted our celebrity influence,” said the president. “We ask our allies to remain patient as we work to end Putin’s terrible influence on Hollywood.”

White House Press Secretary Karine Jean-Pierre took questions on the awkward meeting but could only confirm that she had no notes on the matter.

“I assume everything is fine,” she said. “I’m a big fan of Night at the Museum.”

The Hollywood actor, best known for his stint as a male model, posed for an awkward picture with Zelensky before leaving.

“You sure you don’t want me to teach you Blue Steel?”

“MY PEOPLE ARE DYING!” 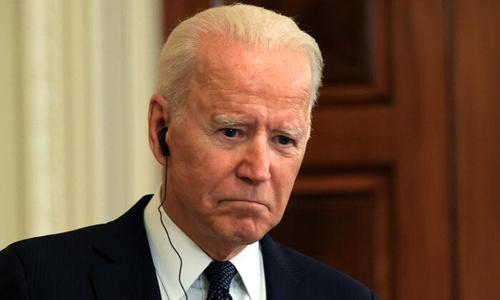 Adam Schiff: “I Don’t Care How The Draft Leaked”