Stan Lovins, a devout Christian was at the Capitol building on January 6th to pray for everybody there and to pray for our country.

What he saw with his own eyes was shocking: Antifa members being escorted by the Capitol Police in three large white passenger vans to the west end, i.e. the back of the Capitol Building, where they proceeded to enact the simulated terrorist attack currently being used by the Federal Government to declare a war on “domestic terrorism” against Americans who believe in the Constitution.

The west end of the building is where the breach and the violence occurred that day. At the east side, people were waved-in to the building by Capitol police, where they walked through the area reserved for tourists marked by velvet ropes inside the Rotunda and grandmas took selfies.

Stew opines that Antifa are like ISIS; they are both CIA projects. “They are intended to do one thing: that’s to create social unrest and uprising and upheaval and chaos and to terrorize law-abiding citizens who believe in a Democratic process in this Constitutional Republic, because if we don’t have Antifa and BLM, we have the people instructing their representatives, as our Republic is supposed to do…But that allows us to have to much freedom and individual liberty and too much power and control for the oligarchs that want complete control and total subservience out of me and you.

“So I think it’s important that we understand that the reason why these people were being escorted is because, sure, they’re Antifa/BLM. What does that make them? It makes them Feds. That’s what they are. They are Federal agents, they are provocateurs and they are terrorists, there for one purpose and that is to overthrow our form of government.”

There’s more here about a document that was given to Mike Pence about talking points given to him on January 5th by the GOP about the vast voter fraud that occurred, which he was supposed to speak to at the Congressional proceedings on January 6th but Pence turned his back on this because Pence is a traitor. 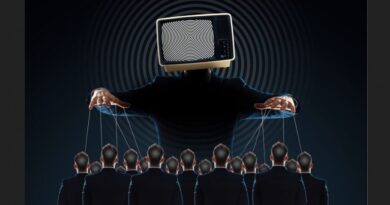 The War That Never Ends