A woman and her husband are in a canoe on Pine River in Wisconsin. As they round a bend, they suddenly see a Sasquatch running across the river about 50 feet in front of them.

“In August 2011, my husband and I were dropped on the Pine River in Florence, Wisconsin to do a three-hour canoe trip. The river was low. We walked our canoe a lot of the way. It was a sunny beautiful day, but we witnessed a lot of wildlife.

When we came around to bend, we saw something about 50 feet in front of us run across the river. It was a typical Bigfoot-looking creature. It was brown, hairy and large and it splashed across the river which was very low, but only something that weighed as much as it did could do. I turned around and looked at my husband and we both said, “What was that?” There are no campgrounds or cabins in this area of the river. We thought maybe it was someone in a ghillie suit, but it was August and no one was hunting. Then we thought maybe it was a person that was growing marijuana that was trying to scare us away, so I called the DNR later and I asked if there were any reports in the area of marijuana growing and he said, “No!”

We continued to paddle past the point we saw this creature and we were very scared because it disappeared when it hit the riverbank and made no sound at all. So, we thought it was hiding and waiting for us. We had no weapons and no phone service. It was the most eerie feeling having to paddle past where we saw it cross. It was so quiet that if it would have ran in the woods, we would have heard it, but there was no sound and no sign of him. After that, I’ve never paddled so fast in my life. I was visibly shaking when we finally got picked up at our drop point.

Transcribe source: The Facts By Howtohunt,com Podcast – Updates, Emails From A Remote Location” Uploaded on 19 Feb 2022

Have you had a sighting or encounter?

Another article too hot to handle; even vaccine critics won’t run with it 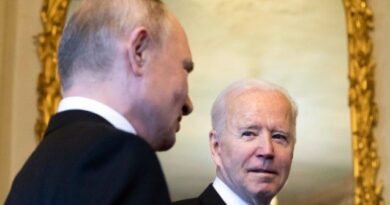 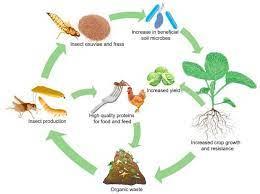 We should be eating more insects and using their waste to grow crops, says plant ecologist