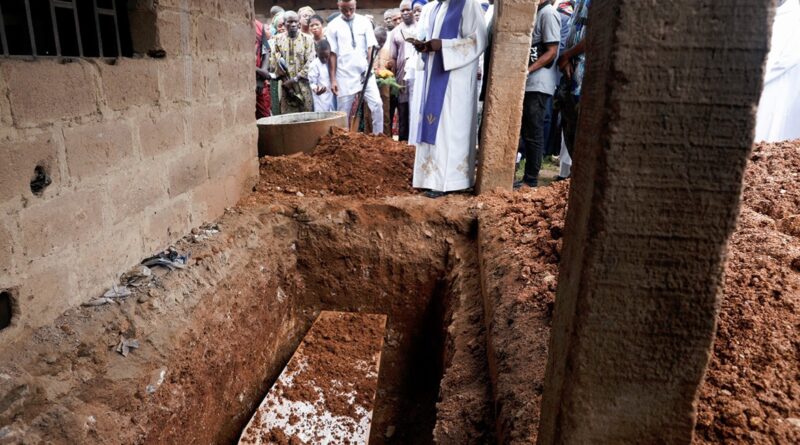 Besides being the president of Ireland, Michael D. Higgins is a published poet with a reputation among the literati for his facility with language. But that didn’t stop him recently from really putting his foot in his mouth.

The occasion was his response to a deadly attack at St. Francis Xavier Catholic Church in Owo, Nigeria, in which 40 Sunday Mass-goers were killed and 87 wounded by Islamist militants armed with AK-47s. [bold, links added]

Higgins issued a statement lamenting the attack, adding that the violation of a place of worship “is a source of particular condemnation.”

But then his statement took a strange turn. Higgins further condemned “any attempt to scapegoat pastoral peoples who are among the foremost victims of the consequences of climate change.” He continued,

The neglect of food security issues in Africa, for so long has brought us to a point of crisis that is now having internal and regional effects based on struggles, ways of life themselves.

The solidarity of us all, as peoples of the world, is owed to all those impacted not only by this horrible event, but in the struggle by the most vulnerable, on whom the consequences of climate change have been inflicted.

Higgins’ meaning is a little opaque, but the statement seems to imply that rising violence in Africa generally, and this incident, in particular, is motivated on some level by “climate change-related” food scarcity.

That is certainly how it was read by Bishop Jude Ayodeji Arogundade, Ordinary of the diocese of Ondo, the Nigerian state in which the attack took place.

Saying that he felt motivated to respond because of the historical ties between Ireland and his own diocese — its first two bishops were from Ireland and the work of Irish missionaries in Nigeria is legendary — Bishop Arogundade released a statement of his own.

“While thanking the Honorable Mr. Higgins,” he said, “for joining others to condemn the attack and offering his sympathy to the victims, his reasons for this gruesome massacre are incorrect and far-fetched“:

To suggest or make a connection between victims of terror and consequences of climate change is not only misleading but also exactly rubbing salt [in] the injuries of all who have suffered terrorism in Nigeria.

The victims of terrorism are of another category to which nothing can be compared! It is very clear to anyone who has been closely following the events in Nigeria over the past years that the underpinning issues of terror attacks, banditry, and unabated onslaught in Nigeria and in the Sahel Region and climate change have nothing in common.

David Alton, a Liberal member of the British House of Lords and Human Rights campaigner issued an even sterner and condemnatory response to President Higgins, saying,

It is striking how quickly politicians and commentators trot out the same discredited banal narrative that the drivers for such carnage are climate change and lack of resources.

They say that the causes are ‘complicated,’ with hardly a mention of the jihadist ideology that is behind the endless atrocities of ISIS and Boko Haram.

And then they say that everyone suffers and there is a sort of equivalence with victims coming from varied religious backgrounds. They should tell that to the families whose loved ones are targeted, day in and day out, and see what sort of response they receive.

It is worth noting that President Higgins has subsequently denied that his intention was to link the attack to climate change. If that’s the case, though, why did he mention it at all?

The likeliest answer is that, as a dedicated but parochial leftist, he knows that acknowledging Islamist violence could get him accused of racism, but in the globalist circles he runs in, there’s no wrong time to lament “climate change.” 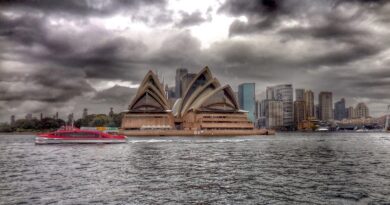 The Dark Ages For Australian Energy Are Here

Media Push Debunked Claim That Megadroughts Are Much Worse Today