Clif High is back after a protracted hiatus to tell us the following:

“We’re in the shift out of the Overwoo into a transition and going into the SciFi World and that’s why everything is in like a state of bewilderment and everybody’s always confused now about what’s going on. It’s The Upending.

“A lot of it’s engineered. The Khazarians need a civil war. They need to have fighting and open warfare in order to maintain their power, so they’re going to do everything they can to generate that – the Roe v Wade overturn nonsense – all of that sort of thing, leading to a brief flurry of Liberal rioting about it and then that’ll fade off and they’ll have to come up with something else and engineer us towards more chaos through the rest of this year.

“In July, we’re going to have a good first half of the month, then we’re going to hit a wall around the 13th to the 17th, something like that, an emotional wall that’s going to shift everything and kick us into the latter half of this year, in which we get The Upending.

“We get the crash of the economy, we get the death of the dollar, the rise of alternative currencies, the chaos that is attendant to that, a certain level of federally-managed social breakdown being fought by counterinsurgency efforts within a state level.

“So, the way that the emotional tension values are running at the moment, we have a situation where the Khazarian Mafia in charge of the World Economic Forum, which is in charge of the United States Government, being run along CCP lines, everything that they attempt to do is going to have a much greater cost than they anticipated and a much lower level of return for their effort.

“This is going to start spiraling in on them as we go forward from the Equinox on, in through the December Solstice. All kinds of things a re going to be in upheaval. We’re going to lose…the Old Guard, lose the structured paradigm 100%. And this will create a state of bewilderment, of confusion, basically in both camps.

“It’s not the end of the world as we knew it. That happened some time back. But it is recognizing that we are in the transition.

“So as we go into fall – so, we’ll have a pretty weird summer, economic collapse is no fun, at least it’ll be happening now, so you can get sort of ready for it, coming in the winter. I’ve had to do things; I’m not doing my road project, because the real estate market has basically totally been upended here and it’s going to get much worse as we go forward, for at least the next couple of years.

“So under the circumstances, that project had to be put back and then, I had to kick other ones forward and it’s been a good thing. We got some stuff accomplished. Some of the things I’m doing is getting into the biopressure. The Biosphere is really putting out an extra measure of biopressure, because all of this can be calculated on the amount of energy striking us on a per-square-meter basis around the planet. And that level of energy is up. The cosmic rays are up slightly, that’ll be causing us earthquakes later on. Probably going to get bombarded with these later in the summer, get some more small earthquakes, that sort of thing.

“All different kinds of things are happening. We’ve got people attempting to make money off of ‘medbeds’, claiming that they’ve actually got the medbeds or they’ve got the devices that power them, some people are selling metal cans for $20,000 that you stick under your bed, supposedly makes your bed into a medbed, I mean, this is all a bunch of horsesh!t.

“You’ve got people out there selling devices that are basically video monitors that just go and do lots and lots of colored lights and strobing effects and claiming that these are ‘better than medbeds’. We’ve got the supposed appearance of Charlie Ward – a real grifter – selling all different kinds of bogus devices and he’s promoting the medbeds and other scams.

“And he’s supposedly going to a patriot convention this summer, I think, in July, as a speaker, which is going to be really interesting, when he gets up there and starts spouting this ‘Quantum Financial’ bullshit and everybody’s saying ‘Huh? What’s happening here?’

“The wondrous war that we’re in at the moment, versus the Khazarian Mafia, versus basically the Power Elite that’s been in control of the planet for approximately 6,000 years; it’s progressed to a stage where we’re getting into the open warfare.

“You’ll see a lot of people on the streets that are basically mindless drones…they’re fighting, they’re agitated and the energies from space are making them angry and agitated and they’re aggressive and fighting and they have causes that they can spit out rationales for the fighting but you can tell by the way that they spit them out, that they’re not really thinking individuals and they haven’t really considered this; they’re just parroting the agenda that’s been sold to them as the reason for their behavior.

“And in fact, they’ve simply been manipulated into the behavior and provided a back-sided rationale, so that they’ll have some reason to think that they actually have legitimate anger, etc.

“So, that’s going to be the state of the summer. We’re going to go through July and August and so on. I suspect the food riots are going to hit in August. The old datasets for this particular time had us have riots that affected the Vatican and affected secret areas – government federal areas – that are in Maryland and Delaware, among others…

“And the way that the data came through, they appeared to be food riots, that’s people rioting over food. Up until recently, this was difficult to conceive, here in North America. But now, we do have the conditions that will allow that to appear. And the same thing is occurring in Italy – or in Europe.

“And so, we may, indeed get to the visible peak in the ‘Secrets Revealed’, when federal government agencies are broken into by moms that think that there’s food there and instead, they find secret information of all kinds, including stuff about UFOs.

“That was always seen as being in August, late summer kind of a thing, a lot of heat conditions for that; dry, dusty, etc. The riots are ugly street battles; people running around, big mobs assault buildings, fences go down. In the case of the Vatican, it’s a breach of a back wall and mobs come in and we have the resulting chaos and the resulting liberation of information.

“What I am talking about is factual interaction with the ‘Other’, in the form of UFOs that will be appearing.

“Now, to support that old data, new data is focusing in on Naval operations for this year for summer – for peak summer and late summer, so, July and August; multi-country, so more than just the US and interaction with whatever the controlling forces are for these UFOs, to the point that it becomes a matter of public discussion in near-realtime.

“So that’ll be the temporal marker, is that we won’t simply be discussing space aliens, we’ll be discussing the latest occurrence of space aliens and that that will be less than, say a month old, as this information comes on out and we’ll have more supporting documentation, etc. to go along with it, as we proceed through this particular time in the Secrets Revealed meme, within the emergence of SciFi World.

“So, we’re actually into SciFi World now. The Old World has died, the Overwoo has happened and killed the mainstream narrative and we’re in the process of having to create a narrative that will mesh and interact with our actual reality, going forward. And that’s going to make this summer particularly difficult for a number of people, because they’re not very good at that. They want someone to create the narrative and tell everybody, ‘You know, this is how sh!t works and they’re happy to operate that way. Unfortunately, they’re not going to have that this year, so we’re all going to be on shaky ground, there.

“I’m going to continue to make videos but I’ve got to do it in a different way, entirely and as a result, they’re still going to be few and far between and I guess that’s about it…

“There’s a lot of stuff I ned to get into about the Biosphere and the effect of the energy and our actions, as part of the Biosphere; what we’re supposed to be doing and how all this is anti-Khazarian Mafia, anti-Climate Change Guys – any of that…

“The Khazarian Mafia has this idea that they need to preserve their resources and they don’t understand the nature of the Biosphere at a very core level. And so, they are attempting to thwart a natural force in nature. The Khazarian Mafia…they’re failing. This year is going to be their undoing, in terms of the Great Awakening. It’s just going to really start snowballing. It’s going to be a really fun time!”

We’re Now in the Last Stage of a Tyrannical Takeover 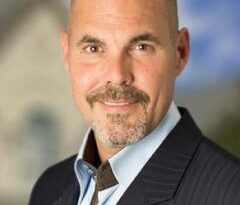 Is Switzerland still a safe jurisdiction for precious metals investors?