In 1976, NASA’s Landsat Satellite was orbiting Earth when it photographed mysterious dots in southeast Peru, at 71 degrees, 30 minutes west longitude in the Madre de Dios region of the Amazon.

The satellite photograph, archived under number C-S11-32W071-03 showed a mysterious set of formations, in the middle of Peru’s southeastern jungle.

The satellite image revealed structures symmetrically spaced and uniform in shape, looking like a series of eight or more pyramids, in at least four rows of two. “The Dots” of Paratoari as seen in NASA satellite photograph

The satellite image sent explorers, authors, and researchers into a frenzy as to what the curious structures are. The ‘pyramids’ became quite popular, especially since it is believed that the lost city of Paititi was located somewhere in that area.

However, many people who saw the satellite image were not convinced by Montague’s writing.

Proponents of the theory that the structure are not geological formations but in fact, manmade structures argue that the Pyramids were most likely built by a long-lost ancient civilization that inhabited the Amazonian rainforest thousands of years ago.

The alleged structure, many argue, has been devoured by the surrounding rainforest and is covered with thousands of years of vegetation.

Despite the fact that the alleged pyramids’ structures are located in a remote part of the Amazonian rainforest, a number of expeditions have been mounted to explore, not only the alleged pyramids but the region in search of the lost city of Paititi.

The lost city of Paititi is a legendary ancient Incan metropolis, said to be located somewhere east of the Andes, within the dense and remote rainforests of southeast Peru, northern Bolivia or southwest Brazil.

Numerous expeditions to search for the lost city of Paititi were established, and some of them even searched for the alleged pyramids of Paratoari.

Between 1984-2011 various expeditions were led by Gregory Deyermenjian, a member of the explorer’s club and a Peruvian explorer.

Deyermenjian had discovered plenty of evidence of ancient Inca inhabitance in the area, including petroglyphs, paved roads, platforms, and plazas, but he did not find conclusive evidence that the mysterious structures spotted by NASA’s Landsat satellite were man-made structures.

Deyermenjian argued that the structures were natural sandstone formations known as truncated ridge spurs, which can take the form of natural pyramids.

Deyermenjian has since, in 1999 and 2006, seen and photographed various very similar sites in the area of the Río Timpía, with intriguingly pyramidal-shaped huge natural formations.

“In 1996, still without a helicopter, we again ensconced ourselves within the steamy lower jungles of Manu, in an area just to the south of Pusharo, to reach and make the first definitive examination of the “Pyramids of Paratoari,” eight apparently evenly spaced and unnaturally symmetrical hillocks which had caused a flurry of speculation as to their origin and relation to Paititi since having been spotted on a NASA satellite photograph twenty years before…”

But people were still amazed by the formations.

In 2001, French explorer Thierry Jamin investigated the site of Pantiacolla and is said to have investigated the pyramids, concluding that they are in fact natural formations. However, Jamin discovered several Inca artefacts in the same area.

In 2011, a British expedition to investigate the Pyramids of Paratoari with Kenneth Gawne, Lewis Knight, Ken Halfpenny, I. Gardiner and Darwin Moscoso as part of the documentary “The Secret of the Incas” took place. 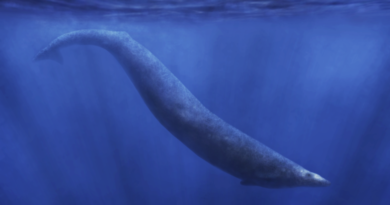 Who and how exported Bulgarian weapons to Ukraine: documents