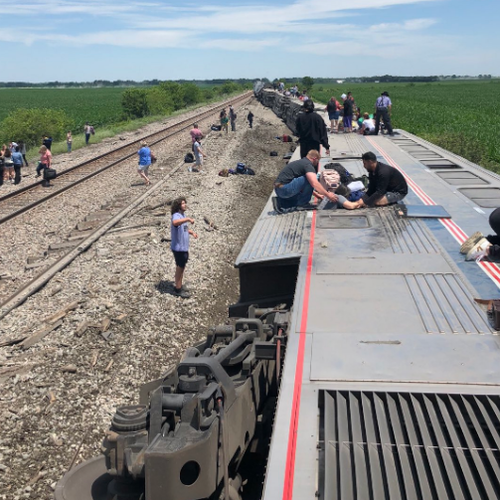 An Amtrak train with 243 passengers derailed on the way to Iowa near Mendon, Missouri, on Monday, according to CNN’s Pete Muntean.

DEVELOPING: Amtrak confirms to me a train derailment in Mendon, Missouri. 243 passengers on board. Reports of injuries. More info coming.

A passenger told The Daily Beast the derailment appeared to be a “mass casualty event.”

Ron Goulet from Flagstaff, Arizona, said he was uninjured when the train hit a truck and jumped the tracks, resulting in the derailment.

“They’ve got every rescue helicopter and crew here from every direction.

“We are in Chariton County, Missouri. The train toppled over on its side. Every seat was sold out full, and they were packing people into the observation car because they were so full. There are plenty of people on back boards being taken [away] by paramedics,” Goulet said.

#Amtrak train 4 was traveling on a straight, high-speed section of track. Its last reported speed on transdocs was 90 MPH five minutes before the crash.

We don’t know if the engineer hit the brakes or had time to slow down, but this was possibly a high-speed impact.

Footage from social media shows the entire train flipped on its side with passengers crawling out.

There are no confirmed reports of injuries or deaths at the moment.

Goldman, Citi, & BofA Are All Quietly Backing Out Of The SPAC Business 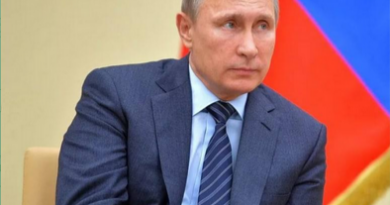