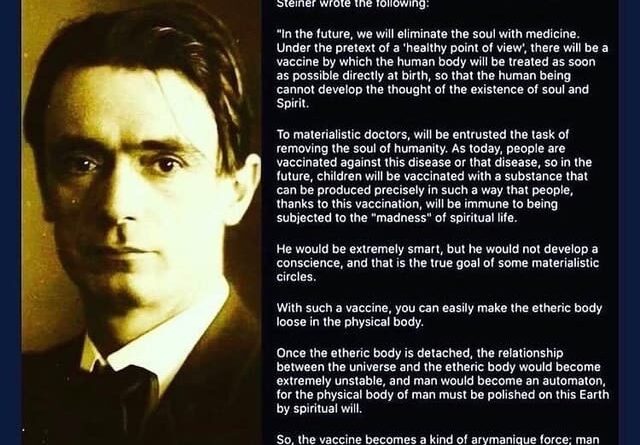 How convenient: “the Ashkenazi Jewish bloodline is practically immune to the spike protein”

SOTN Editor’s Note: The following exposé presents what is perhaps the most important scientific data/info which proves not only that the Covid vaccines were deliberately weaponized to carry out a systematic depopulation of the planet, but also who’s really behind it.  Where is concerns the entirety of OPERATION COVID-19, the 64-thousand dollar question has always been: “Qui bono?”.  What follows is the conclusive answer to that crucial inquiry. TRUTH LIVES on at https://sgtreport.tv/

Maria Zee here with Dr. Lee Merritt. Besides being a world champion bodybuilder Dr. Merritt was a Marine Corps surgeon for ten years and is married to a senior officer at the Pentagon. She served over four years as supervising physician for the Navy Research Advisory Committee and is a past president of the Association of American Physicians and Surgeons. Dr. Merritt has been monitoring the COVID situation, on the advice of a colleague from Fort Detrick, since Christmas of 2019 before most physicians knew there was any such thing as COVID. She is the ultimate beltway insider and only a mainstream media zombie would ignore what she has to say here.

In the first ten minutes or so Dr. Merritt points out that, regardless of whether there is any such thing as a virus or not, it is the spiked protein that is making people sick. Early on in what was until then unprecedented, scholarly papers were withdrawn from medical publications proving that the spiked protein had been derived from HIV leaving no doubt that it was genetically engineered. When alternative news sites like ZeroHedge picked up on the fact that the spiked protein is a bioweapon they were simply de-platformed and thus began the complete betrayal of all human life on earth by a media that in the last two years has become the very embodiment of evil…

Dr. Merritt goes on to say this “toxic nano particle,” it’s a synthetic pathogen, is not airborne. That’s the big lie. It was spread manually in Wuhan, parts of Lombardy and in New York City. Then a massive worldwide campaign was launched, through a rigorously censored media and politicians, either bought and paid for or incompetent or both, to spread not a virus but the fear of a virus. This demonic charade was presided over and directed by mad scientist extraordinaire Dr. Anthony Fauci, who vacillated between telling people they did not need a mask to they should wear one to bed and two when they go out.

Predictably the majority of people, already scared to death, without doing the due diligence they would do before they bought a car, ran out and got themselves injected with a “unknown unproven genetic agent” containing DNA coding instructions to produce the spiked protein in their own body. The vaccine is the real bioweapon and everything else has been disinformation to cover up the damage the vaccine is doing. The PCR test doesn’t work and never has worked, leaving the existence of this so said virus highly questionable.  You cannot have a variant of a virus that does not exist.

It is scientists themselves, through their manipulation of the particles to get them under the electron microscope, a two-week process, that are causing their mutation into what are being called viruses.  Dr. Merritt further points out that all they are seeing in their electron microscopes are tiny specks. The pictures of the virus particle festooned all over the media are nothing but artists renditions. They have little to no idea what these tiny particles really look like. They are nano particles.

Since its appropriation by Europeans, Australia has periodically undergone explosions in its mice population that have wreaked havoc on agriculture. By 2016 a sterilizing vaccine had been developed. The vaccine is administered to female mice ruining their ovaries for reproduction and then the females are released into the indigenous mice population. The vaccine then “self disseminates” by the process of shedding, where it’s passed from one mouse to another merely by contact.

To avoid extinction of the species the vaccine wears out by the third generation. I guess we will have to wait and see if that kind of empathy has been extended to the human race but clearly, they do not need to vaccinate everybody to infect everybody.

About thirty minutes in Dr. Merritt cuts to the chase. Such a plan if surreptitiously carried out by an elite group would be suicidal, that is if they were not certain they had hereditary immunity to the spiked protein. The Americans have been caught harvesting genetic samples in China and in 2017 in Russia. With the advent of the Human Genome Project, it became feasible to modify the spiked protein to electrostatically adhere to particular genetic sequences.

Prior infectious pathogens never got past the respiratory system but “this stuff actually hooks in, this bioweapon they made from genetic material, actually hooks into your ACE2 pathway [ACE2 pathways regulate thermogenesis and energy metabolism within the body] and we’ve got ACE2 pathways all over the body. But depending on your genetics is the strength in which it hooks in.”

Dr. Merritt, no doubt wanting to maintain political correctness, if not for her own sake for the Pentagon’s, then dances around the fact that the Ashkenazi bloodline is practically immune to the spiked protein. This is an abstract from a scientific paper published in the summer of 2020, telling you exactly what your chances of being killed or maimed by the spiked protein are according to your race:

“The susceptibility of different populations to SARS-CoV-2 infection is not yet understood. Here, we combined ACE2 coding variants’ analysis in different populations and computational chemistry calculations to probe the effects on SARS-CoV-2/ACE2 interaction. ACE2-K26R; which is most frequent in Ashkenazi Jewish population decreased the SARS-CoV-2/ACE2 electrostatic attraction. On the contrary, ACE2-I468V, R219C, K341R, D206G, G211R increased the electrostatic attraction; ordered by binding strength from weakest to strongest. The aforementioned variants are most frequent in East Asian, South Asian, African and African American, European, European and South Asian populations, respectively.” (1)

Dr. Merritt spends most of the rest of the hour discussing the fraudulent claims about, and weaponization in Africa, of what is being called hemorrhagic fever. This was covered extensively by us in our 2016-piece, Blood of Christ: Paint It Blue Hemorrhagic Fever, Expendable Humans and Bacteria Gone BeZerk. At almost fifty-seven minutes in she again cuts to the chase when she brings up the “nano mafia” and explains how much easier and more efficient it would be using nano technology to convert human beings into obedient robot slaves.

She points out that Merck contrary to what they were saying in public about getting out of the vaccine business in 2014 were taking it to the next level with their purchase of the cutting-edge company for neuro-brain interface technology as developed by the disgraced Dr. Charles Lieber. The epiphany in all of this will become apparent with the last three paragraphs of this essay and a careful reading of our Bormann Faction pieces. 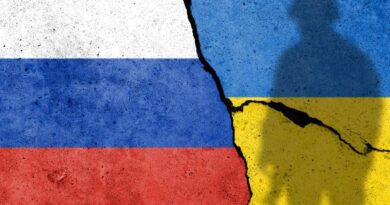 UKRAINE AIDE TO THE WEST: “GO F**K YOURSELVES”