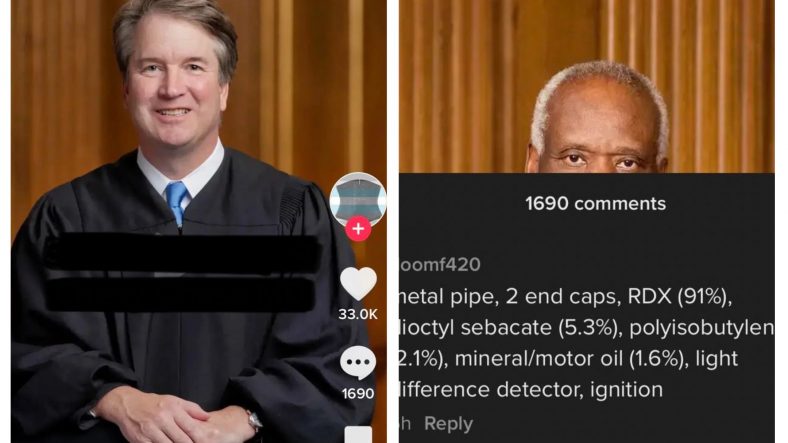 The Twitter account, Libs of TikTok, is showing how the Democrats are openly fomenting terrorism on social media while the FBI turns a blind eye.

A left-wing extremist on TikTok doxxed the Supreme Court justices who voted to overturn Roe vs. Wade, and a top comment on the post was from a deranged individual who posted a recipe of how to make homemade bombs. It received over 1000 likes on the platform.

The posts can be seen here:

Democrat leaders have emboldened their radicalized constituents and set the stage for political violence to be inflicted on their enemies on the bench by the left-wing mob.

Maxine Waters tells people to “fight,” “the hell with the Supreme Court! We will defy them!”

Didn’t they impeach Trump for this?
pic.twitter.com/XlBuC6b7ks

Any violence and rioting is a direct result of Democrat marching orders. pic.twitter.com/VvAwMrEePH

Big League Politics has reported on how the feds saw the left-wing violence coming after the Roe v. Wade repeal:

“A leaked memo from the Department of Homeland Security has indicated that the feds are expecting a wave of left-wing violence to sweep the nation once Roe vs. Wade is repealed.

The DHS is admitting that the far-left terror is “likely to persist and may increase leading up to and following the issuing of the Court’s official ruling.” Even while warning about the violent far-left extremism that is to come, the Biden regime still found a way to propagandize against conservatives.

“Some racially or ethnically motivated violent extremists’ embrace of pro-life narratives may be linked to the perception of wanting to ‘save white children’ and ‘fight white genocide,’” the memo states.

Shamefully, the DHS did public relations for violent left-wing extremism in the memo as well.

“The mere advocacy of political or social positions, political activism, use of strong rhetoric, or generalized philosophic embrace of violent tactics does not constitute domestic violent extremism or illegal activity and is constitutionally protected,” the memo claims…

Fed Stops Dillydallying. So OK, Maybe No Softish Landing. Markets on their Own 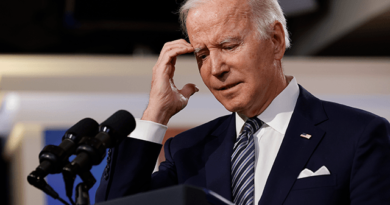