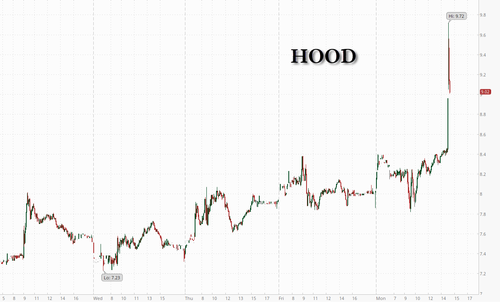 Robinhood shares have popped more than 10% during intraday trading on Monday after Bloomberg announced that FTX’s Sam Bankman-Fried, who is already an investor in the company, was seeking a path to acquire the struggling brokerage.

Bloomberg reported late in the day on Monday that FTX was “exploring whether it might be able to acquire Robinhood Markets Inc,” citing people familiar with the matter. FTX is said to be “deliberating internally how to buy the app-based brokerage”.

Robinhood has said that it has not received a formal takeover approach and Sam Bankman-Fried was mum on the idea of a takeover when emailed on Monday, according to Bloomberg.

The crypto billionaire told Bloomberg: “We are excited about Robinhood’s business prospects and potential ways we could partner with them. That being said, there are no active M&A conversations with Robinhood.”

Robinhood spiked 25% back in May when Bankman-Fried first announced his 7.6% stake in the company, which we detailed here.

In the ‘Purpose of Transaction’ boiler plate from SBF’s original 13D, the text read: “the Reporting Persons may from time to time engage in discussions as a stockholder with representatives of the Issuer, other stockholders of the Issuer or third parties regarding the performance of the Issuer and its business and investment returns.”

The buy made Bankman-Fried the 3rd largest holder of HOOD (behind IA Capital Advisors 9.72% and Galileo PTC Ltd 7.81%) and ahead of Cathie Wood’s ARK with 4.08%.

Orbán Warns West Is Subjecting Itself To “Suicide Waves” Of Decline 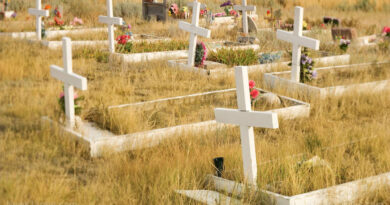 Why are babies in Scotland suddenly dying at a rate that’s 300% higher than normal?