A little over three years ago, the Bank of Japan crossed a historic milestone when we reported that the central bank had become a top-10 shareholder in 50% of all Japanese companies. Since then, the central bank’s equity stake across Japanese corporations has only grown.

One week ago, we also reported that the BOJ was on the verge of crossing the final “50%” Rubicon, when as consequence of the latest surge in bond buying by Kuroda’s central bank meant to prevent the bank’s Yield Curve Control from collapsing, the BoJ was brought to a place it almost certainly never envisaged when it started QE as a “temporary” measure back in 2001 — owning virtually half of the JGB market.

As Bloomberg’s Simon White said last week, “we are in uncharted territory as no other major central bank has crossed this threshold before.“

The BoJ could pass the 50% threshold as early as this week. That would be crossing the Rubicon. However you slice it or dice it, the BoJ will be the JGB market. What this means over the long term we’ll eventually find out. But it’s not a big leap to guess that private JGB holders — both domestic and foreign — will become less comfortable in a market with such lopsided ownership.

Well, as of today, this final threshold has also been crossed, thanks to the recent burst of YCC-defending debt monetization which reached a mindbogglging 11 trillion in the last week…

… and as Japan’s Nikkei reports, the share of Japanese government bonds held by the Bank of Japan just topped 50%, hitting a record Ponzi high.

According to Nikkei calculations, the BOJ purchased JGBs worth 14.8 trillion yen ($110 billion) in June, surpassing the 11.1 trillion yen purchased in November 2002, its largest monthly total. According to the QUICK database, the outstanding value of long-term JGBs as of June 20 totaled 1,021.1 trillion yen, of which the BOJ held 514.9 trillion yen on a face-value basis. That translates to 50.4% of the total amount outstanding, up from 50.0% in February to March 2021.

As we explained a few weeks ago, the BOJ has been buying up the majority of the JGBs on the market, an unusual situation that has caused distortions in the bond market including a deeply inverted yield curve.

Putting the BOJ’s unprecedented bond buying spree in context, the central bank’s JGB holdings were “only” in the 10% range when Gov. Kuroda started the massive monetary easing program in 2013. Its holdings have continued to grow as the ultraloose policy has continued. At this rate, all else equal, the BOJ will own the entire bond market in another decade or so.

Several years ago, the IMF calculated that the BOJ holding around 40% of the bond market would lead to a broken market. Well, it is now 50%+ and there are days when not a single trade crosses – the definition of a broken market.

The problem for the BOJ is that it can’t stop buying now… or ever: According to estimates by the Japan Center for Economic Research, the BOJ will need to increase its JGB holdings by 120 trillion yen from the current level of over 500 trillion yen to keep long-term interest rates at 0.25%. The central bank’s JGB holdings are quickly approaching and are expected to exceed 60% of total.

Until now, the BOJ has concentrated on specific JGBs, holding 87.6% of newly issued 10-year JGBs, a measure of long-term interest rates. However, at this rate it will soon run out of 10Y paper to buy and will be forced to move left and right on the ccurve.

As discussed on several prior occasions, this month some trades occurred at yields above the BOJ’s upper limit of 0.25% — a situation where JGBs were trading at a lower price than the level at which the BOJ promised to buy them — effectively breaching the bank’s yield curve control. This means that market participants believe the BOJ will soon no longer be able to maintain the current interest rate control measures, known as yield curve control. A failure to defend YCC could lead to a catastrophic move lower in the JGB market, and spark a hyperinflation collapse of the Japanese yen, and the entire economy.

At the same time, and as also discussed extensively, the widening interest rate gap between Japan and the U.S. and Japan and Europe has prompted a fall in the value of the yen. The Japanese currency fell to a 24-year low of 136 against the dollar earlier this month. It will fall much lower if the BOJ defends the 0.25% YCC barrier “whatever it takes”, as the resultant liquidity needed to prevent yields from spiking will continue crashing the yen.

Naturally, with the BOJ buying up every piece of paper it can find, JGBs held by private financial institutions have been rapidly declining: as of the end of March, banks and other deposit-taking institutions held 11.4% of the total, while insurance and pension funds held 23.2%. This means that the BOJ is now taking on even more risk of incurring losses if long-term interest rates rise and JGB prices drop.

As the Nikkei concludes, the BOJ’s strategy of holding half of the JGBs could be perceived as its way of filling the budget deficit. “There is also a risk that the government’s fiscal discipline could be loosened by the central bank keeping interest rates low” the Nikkei notes, adding that “the government needs to work on reforms to stimulate economic growth, to break away from its dependence on the BOJ.”

To which all we can say is “it’s far too late for that” and instead we recommend the BOJ – and Japanese savers – panic.

Bears Are Taking Over The Options Market 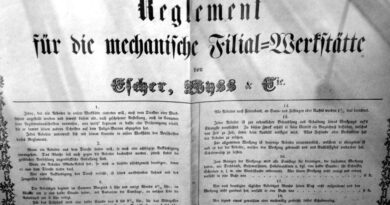