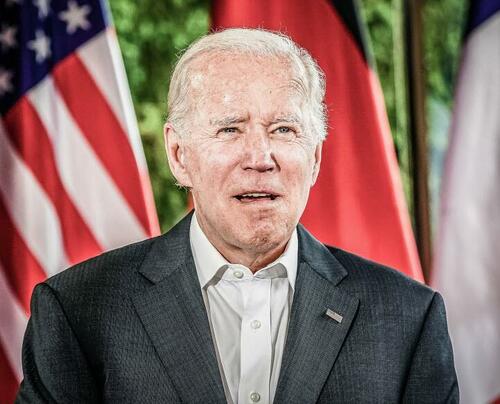 Authored by Michael Shellenberger via Substack,

Led by U.S. President Joe Biden, the Group of Seven (G-7) economic powers announced plans to ban the transport of Russian oil sold above a certain price with the goal of hurting Russia enough so that it ends its war against Ukraine. “There is only one way out: for Putin to accept that his plans in Ukraine will not succeed,” said German Chancellor Olaf Scholz.

The G-7’s plan is to impose a price cap on Russian oil through the regulation of petroleum shipping, banking, and insurance.

The proposal is, in a word, ludicrous.

Russian President Vladimir Putin would never agree to a price cap. He would likely withhold oil from the market in the same way he has been withholding natural gas from Europe, driving up prices. Putin would then sell oil to countries including China and India at a 30-40% discount, as he has been doing, or larger. Russia produces oil at a price of just $3-$4 per barrel and Russian firms can profit with oil prices at $25-$30 per barrel. And while it’s true that there is a near-monopoly in shipping insurance, Russia has been creating alternatives to it.

Neither China nor India are likely to agree to the cap unless G-7 nations imposed severe “secondary sanctions” against them, which could escalate into a mutually destructive trade war. But even if they did formally comply, the two nations could easily cheat, as several analysts quickly noted on Twitter.

“A price cap will never work,” said one.

“Every refiner will bid price cap…. India and China… will cheat and pay above the cap and win all they want as [the] other option is twice the price. Nobody will know they paid it, either. Russia ends with more revenue.”

Defenders of the oil price cap proposal point to a similar oil price cap mechanism that President Bill Clinton led the United Nations Security Council to impose on Iraq in 1995, as part of the U.N.’s “oil-for-food programme,” which allowed Iraq to sell its oil in exchange for food and medicine. It was meant to serve the humanitarian needs of the Iraqi people while preventing Iraq’s then-president, Saddam Hussein, from increasing military capabilities. Oil buyers put money into an escrow account run by a private bank. Some of the money was then distributed to Iraq, some was for war reparations to Kuwait, and some was for U.N. operations.

But the Iraq oil-for-food scheme became famously corrupt and had to be shut down. And while the U.N. Security Council was united on Iraq, it is today divided over Russia’s invasion of Ukraine. China, India and 33 other nations refuse to condemn Russia’s invasion, and China and India are, as noted, the largest buyers of heavily-discounted Russian oil.

Russia’s response to Western financial sanctions are further proof that an oil price cap can’t work. Biden in March said sanctions were “crushing the Russian economy” and that “the ruble is reduced to rubble.” But high energy prices have meant that Russia is making more money than ever, the ruble is at a seven-year high against the dollar, and China’s benefiting from discounted Russian oil. As such, the attempted bans on Russian oil are proof that the G-7’s latest price cap idea would backfire. Putin would simply reduce oil and gas exports to punish participating nations and further drive up prices.

“It is a nightmare scenario,” noted an oil trader.

The response to the G-7 Russian oil price cap proposal has been near-uniformly negative, even from economists sympathetic to the Biden administration and some G-7 leaders. “This is going to fail,” tweeted the head of the Peterson Institute for International Economics. “The G7 won’t enforce it on India, and China will retaliate until a workaround is reached.” Italy’s Prime Minister urged the oil price cap to include a natural gas price cap, and French President Emmanuel Macron has proposed a price cap on all oil, not just Russian oil. “The U.S.,” noted Politico, “which originally proposed the narrower Russian price cap, and is currently the world’s biggest oil producer, was blindsided by the French plan.”

In other words, the G-7 is in chaos. Last fall, G-7 leaders claimed climate change was the most important issue in the world, demanded that government subsidies to fossil fuels be phased out, and tried to deny African nations fossil fuels. Now, G-7 nations are subsidizing energy, waiving energy taxes, and burning more coal than they have in years. In the three decades since the Cold War, G-7 leaders have heralded a new global order based on free markets and neoliberal ideology. Now, they are proposing price-fixing and the creation of a Western energy cartel.

The bottom line is that there will be no Western energy cartel, nor even a price cap on Russian oil or gas. Global energy markets are far too globalized for an oil price cap to work. Russia, China, India and at least 33 other nations would circumvent it, and as soon as they did, the West would be forced to abandon it, too, given the crippling effect it would have on Western economies. Indeed, simply attempting to impose a global oil price cap would wreak havoc. Noted Bloomberg, “politicians are likely to quietly abandon the concept after agreeing to explore it.”

What, then, is going on? Why are President Biden and the G-7 pushing the West ever closer to a “nightmare scenario” of energy shortages and recession? 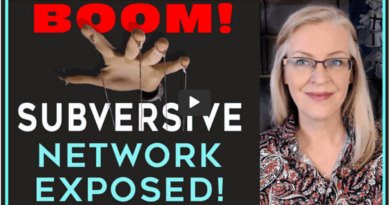