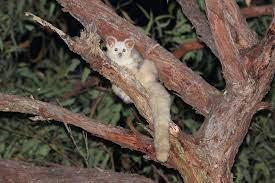 … and the blame lies squarely with Australian governments

The southern and central greater glider, the world’s largest gliding marsupial, was officially listed as “endangered” this week, with the species facing a very high risk of extinction.

In just six years, the number of greater gliders has declined at a staggering rate, going from no conservation listing at all, to “vulnerable”, and now to “endangered”. During this time, the destruction of their forest habitat in eastern Australia has continued.

Greater gliders are among thousands of native species under threat of extinction. Already this year, for example, the yellow-bellied glider was listed as vulnerable nationally, and koala populations across Queensland, New South Wales and the Australian Capital Territory were listed as endangered.

A key reason is that Australia’s environmental laws and practices are outdated and offer little meaningful protection to threatened plants and animals. To avoid a future in which greater gliders are nothing more than a memory, we must immediately stop destroying their habitat.

The plight of the greater glider

Greater gliders are beautiful, fluffy, cat-sized possums with large ears, long tails and claws. They have fur-covered membranes that enable them to glide up to 100 metres between trees.

Greater gliders were listed as vulnerable in 2016.

Greater gliders were once abundant along Australia’s east coast. However, 200 years of forest clearing and logging has steadily reduced their habitat and numbers. This legacy of disturbance has amplified the impact of recent bushfires on remaining forest and glider populations.

For those who have stood on bare ground in recently logged or burnt forest, you know the silence of a once thriving ecosystem is chilling. The sense of loss is overwhelming.

In 2016, before we knew three species existed, the greater glider was listed as “vulnerable” under Australia’s key environment law: the Environment Protection and Biodiversity Conservation (EPBC) Act.

The conservation advice back then stated that stopping their decline required a recovery plan, and “existing mechanisms are not adequate to address these needs”. However, no such plan has ever been developed and implemented. Greater gliders can glide over 100m between trees.

Logging and land clearing continued unabated. In fact, our recent study found that after this listing, destruction of greater glider habitat actually increased in Queensland and NSW, and remained consistently high in Victoria.

Then, in the summer of 2019 and 2020, the catastrophic Black Summer bushfires struck, razing around 30% of greater glider habitat. Still, logging and land clearing continued.

A NSW government report revealed that in 2020, 51,400 hectares of woody vegetation was cleared.

So, it’s not terribly surprising that only six years on from the 2016 “vulnerable” listing, central and southern greater gliders have been nationally listed as endangered.

Climate change also poses a considerable threat to the greater glider, in terms of both the increasing risk of fire and rising temperatures, particularly in NSW and Victoria.

While the impacts of these threats will be ongoing and are challenging to mitigate, they can be addressed by urgently and significantly reducing greenhouse gas emissions.

Cutting down forests, however, is a threat that could be stopped immediately.

Unfortunately, native forest logging continues in NSW and Victoria. And in Queensland, a new coal mine will destroy thousands of hectares of greater glider and koala habitat.

It’s clear the EPBC Act is ineffective at protecting forest-dwelling species. One reason is due to so-called “regional forest agreements” established in the mid-1990s as a compromise between warring environmentalists and the forestry industry.

Under these agreements, a range of logging operations around Australia are exempt from federal environment laws. They need only comply with state regulations, removing a layer of potential protection for threatened species.

Failure to implement legislation that protects our biodiversity is incredibly shortsighted.

Not only does it mean many essential ecological processes on which we depend will be irreversibly disrupted, but the joy of encountering unique wildlife – shaped by millions of years of evolution – may be lost forever too.

What needs to change?

Being listed as endangered does nothing to boost protection for Australian species unless meaningful policies and legislated protection measures are actually implemented in response.

The failure of state governments to act appropriately on the recommendations of the 2016 vulnerable listing is evidence of this.

Often, attempts to conserve greater gliders and other forest mammals take the form of artificial hollow provisioning (including nest boxes) or reforestation. While these measures can be valuable, they are far from silver bullets.

It’s not possible to provide nest boxes across the 5 million hectares of greater glider habitat that burned in the Black Summer fires. Nor can they replace the thousands of hectares of habitat logged each year.

At best, nest boxes are a localised stopgap. At worst, they can be completely ineffective, and can even be used to greenwash environmentally destructive projects or delay appropriate action.

Similarly, reforestation will do little in the short term for a species that depends on old-growth forest. It can take well over 100 years for trees to form hollows in which greater gliders can shelter.

Rather than band-aid solutions that don’t address the cause of decline, meaningful legislated change is required to protect our biodiversity. Australia must strengthen its environment laws and transition towards a timber supply from certified plantations.

Western Australia has already committed to end native forestry by 2024. The Victorian and NSW governments must do better, and end native forest logging immediately, or see more greater gliders, koalas and other endangered forest mammals perish.

We cannot wait until they’re listed as critically endangered to take serious action.

We’ve been lucky enough to share peaceful, cool nights in an ancient forest, surrounded by greater gliders, their bright yellow eyes shining, before they launch into the night and glide out of view. We want future generations to experience this too.

The authors are grateful for the contributions of Kita Ashman, an ecologist at the World Wildlife Fund, to this article.

One thought on “Greater gliders are hurtling towards extinction”