Rick Walker had me back on his show (listen to our previous conversation about Ukraine’s kill list), this time to discuss CBC’s deceitful, unprofessional, lie-based, smear piece on me.

In the interview, I note how disingenuous the entire piece is, from moment of emailing me to request an interview (no thanks, not interested! I know how corporate hacks roll.); how they intentionally omitted any mention of Ukraine’s kill list, which I am on and which Rick Walker & colleagues specifically contacted the CBC about; their deceitful framing of my journalism (on the ground in the Donbas under Ukrainian bombing) as me being a duped “frontline soldier” in Russian researcher and journalist, Maxim Grigoriev (who I know and respect)’s plot to frame Ukraine as being overrun with Nazis (it is) and committing war crimes (Ukraine & its Nazis are)…and more, including the things CBC omits: Ukraine’s bombing of the DPR & LPR, targeting civilians, apartments, hospitals, schools, city streets, rescuers, etc…

I’d like to note, however, that since the smear, I’ve gotten many supportive emails, messages and comments, and an increase in people who ask to support me financially. So, thanks, CBC, and more importantly, thank all of you who support in any manner.

I’ll put related links at the bottom of this post.

Tamara Lorincz’s excellent breakdown of CBC’s US govt-funded thinktank source brought on to discredit me.

Some Thoughts On Journalism:

As I wrote in a rebuttal to a Guardian smear, “Addressing “the propaganda that is so often disguised as journalism, ”award-winning journalist and film maker, John Pilger, said (emphasis added):

“Edward Bernays, the so-called father of public relations, wrote about an invisible government which is the true ruling power of our country. He was referring to journalism, the media. That was almost 80 years ago, not long after corporate journalism was invented. It’s a history few journalists talk about or know about, and it began with the arrival of corporate advertising.

As the new corporations began taking over the press, something called ‘professional journalism’ was invented. To attract big advertisers, the new corporate press had to appear respectable, pillars of the establishment, objective, impartial, balanced. The first schools of journalism were set up, and a mythology of liberal neutrality was spun around the professional journalists. The right to freedom of expression was associated with the new media.

…The whole thing was entirely bogus. For what the public didn’t know, was that in order to be professional, journalists had to ensure that news and opinion were dominated by official sources. And that hasn’t changed. Go through the New York Times on any day, and check the sources of the main political stories, domestic and foreign, and you’ll find that they’re dominated by governments and other establishment interests. That’s the essence of professional journalism.”

“I happen to agree with Eva’s take on Syria, but from a journalist’s perspective, the true importance of what she does goes beyond reporting from any single country. She challenges the accepted narrative–and that is the essence of journalism. Everything else is stenography. Budding foreign correspondents take note!!”

In a later interview with Kinzer, he told me:

“The great curse of our press in the West is willingness to accept the official narrative. So many people in the American press who write about the world are merely stenographers. The great qualification you need for a journalist is the confidence to go out and see for yourself, and believe that your eyes are actually telling you more than press releases from some other country.

It’s amazing to see how many people have built reputations as commentators on foreign countries and world affairs who have never been there, have no idea, beyond vague tropes, of what those countries are. The intellectual laziness of the American press in covering the world has never been as extreme as it is now. It’s just as dangerous in most what’s called NATO countries to be contradicting the narrative as it is in the United States.”

“Regime media may call themselves “news media,” but there is next to no actual journalism involved in their work. In that spirit, students at contemporary Canadian schools of “journalism” are in fact being trained in the methods of policing restive subjects with “unacceptable views”. Embracing “advocacy,” they have degenerated into mere practitioners of propaganda whose ultimate aim is the reproduction of the ideas of the ruling faction of the regime. 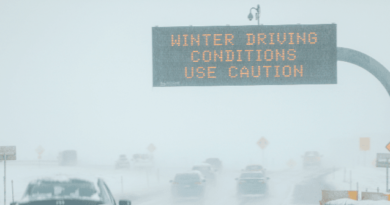 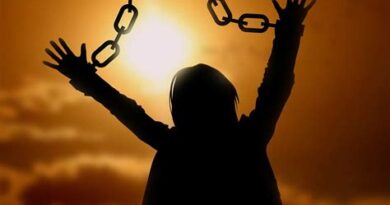