An official at the central bank claims it has sold billions in gold since the Russians invaded Ukraine back in February.

On July 17, National Bank of Ukraine (UNB) Deputy Governor Kateryna Rozhkova said the central bank has sold $12 billion worth of gold since the Russian invasion.

Rozhkova said, “We are selling (this gold) so that our importers are able to buy necessary goods for the country.” She emphasized that gold sales were not intended to shore up the hryvnia (Ukrainian currency – HAV).

This helps explain why central banks around the world continue to hold gold reserves. It is a liquid asset with no counterparty risk that is easily sold for currency. As a spokesperson for the Polish central bank put it last year, “Gold is the ‘most reserve’ of reserve assets: it diversifies the geopolitical risk and is a kind of anchor of trust, especially in times of tension and crises.”

According to data from the World Gold Council, central banks added 463 tons of gold to global reserves in 2021. That was 82% higher than 2020. Last year was the 12th consecutive year of net purchases. Over that time, central banks have bought a net total of 5,692 tons of gold.

So far this year, net central bank gold purchases totaled around 138 tons through May.

It remains unclear how Ukraine sold so much gold. When the Russians invaded, UNB held about 27 tons of gold in its reserves valued at about $1.6 billion, according to the WGC. In other words, according to Rozhkova, the central bank has sold more than 7 times its total gold holdings.

That’s not to say Rozhkova’s statement was misleading. The country could be tapping into domestic gold supplies held by commercial banks or other institutions. PrivatBank ranks as the largest commercial bank in Ukraine. It was nationalized in 2016.

It’s also possible that other countries or private entities gave Ukraine gold to sell. Countries around the world have sent billions in aid to the Ukrainian government. For example. earlier this month, Sweeden sent 577.7 million SEK to Ukraine. That’s over $55.5 million USD and 1.5 billion UAH.

Less likely is a quick ramp-up in mine production. According to a Mining World report, Ukraine sits on nearly 3,000 tons of gold but the country had few operating mines before the invasion.

Regardless of the mechanism involved, it’s clear that Ukraine is relying on gold sales as an important source of currency as the war drags on. 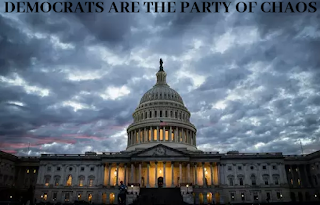