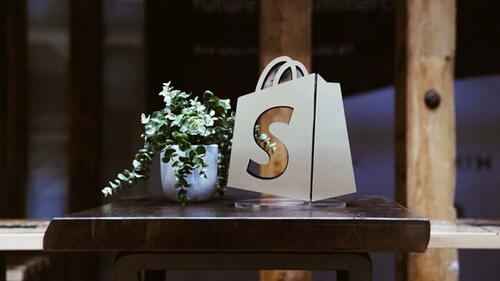 By Brian Straight of FreightWaves

Canadian e-commerce platform Shopify lost $1.2 billion in the second quarter as more customers returned to in-store shopping and e-commerce growth slowed from its pandemic highs. It also said it expects to post an adjusted net loss for the remainder of 2022.

The company said net loss for the quarter was 95 cents per basic and diluted share compared to $900 million net income and 69 cents per share in the year-ago period. The Q2 loss included a $1 billion net unrealized loss on equity and other investments.

“Our merchants’ GMV [gross monthly volume] growth continued to outpace the growth of the broader U.S. online and offline retail markets as consumers shopped across more surfaces,” she said in the earnings release. “Our track record of prudent capital allocation toward opportunities that significantly expand the opportunity set for merchants, accelerate our product roadmap, or have strong paybacks from improved operating efficiency has served Shopify and our merchants well.”

Shapero noted that Q2 results were not impacted by the Deliverr acquisition, which didn’t close until July 8.

Shopify also partnered with YouTube in the quarter, enabling Shopify merchants to integrate online stores with livestreams and videos. Still, these moves were not enough to offset the slowing e-commerce market. On Tuesday, Shopify CEO Tobi Lutke said in a blog post that the company was laying off about 10% of its global workforce — an estimated 1,000 people.

Lutke told employees that it is the company’s job to make “big strategic bets our merchants demand of us.” To that end, when pandemic e-commerce soared, Shopify went into action.

“Before the pandemic, e-commerce growth had been steady and predictable,” he wrote. “Was this surge to be a temporary effect or a new normal? And so, given what we saw, we placed another bet: We bet that the channel mix — the share of dollars that travel through e-commerce rather than physical retail — would permanently leap ahead by five or even 10 years. We couldn’t know for sure at the time, but we knew that if there was a chance that this was true, we would have to expand the company to match.”

That bet did not pan out, Lutke said, and the company is facing the same headwinds that other e-commerce retailers are facing.

Shopify reported Q2 revenue grew 16% year over year to $1.3 billion, but it was negatively impacted by the strengthening U.S. dollar relative to foreign currencies. Monthly recurring revenue (MRR) was $107.2 million, a 13% increase year over year. GMV was up 11% to $46.9 billion.

Shapero said Shopify expects to reduce its spend the remainder of this year and focus sales and marketing initiatives on activities with shorter payback periods.

“We now expect 2022 will end up being different, more of a transition year, in which ecommerce has largely reset to the pre-COVID trend line and is now pressured by persistent high inflation,” the company said in its outlook for the remainder of the year.

Shapero said the company expects an adjusted operating loss through the remainder of 2022 and its “third-quarter adjusted operating loss, excluding severance costs, is expected to materially increase over the second quarter, reflecting time needed for the streamlining of our operations to take effect, the implementation of our new compensation framework, the first quarter of Deliverr operations, including approximately 450 team members, and related integration costs, and up to an estimated $50 million for certain other operating items associated with these and other areas.”

A fourth-quarter adjusted operating loss is also expected, but Shapero said it should be smaller than Q3 but still larger than Q2. 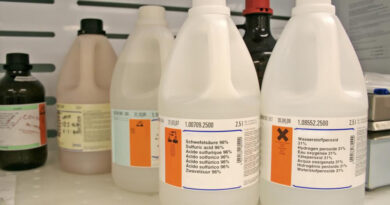 Transhumanism and the Metaverse