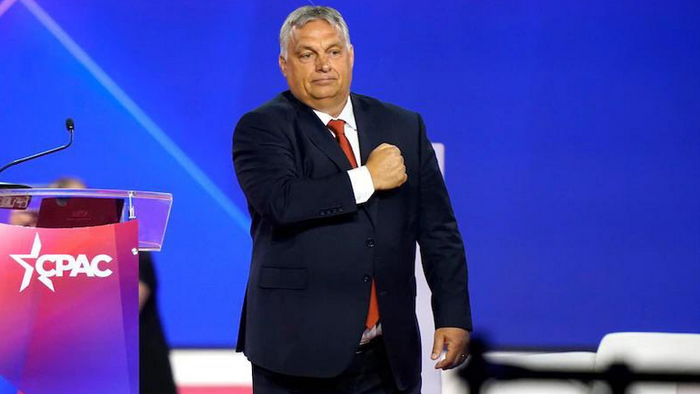 Hungarian Prime Minister Viktor Orban, who has fiercely defended his country’s borders, language and culture, gave a 30-minute speech to a crowd of thousands of American admirers in Dallas on Thursday at the Conservative Political Action Conference (CPAC).

He painted a picture of America and Hungary facing twin fronts in a struggle against liberalism, globalists, communists, and “fake news.”

“The West is at war with itself,” he said, adding “The globalist can all go to hell. I have come to Texas.”

Hungarian Leader Viktor Orban Addresses CPAC: “The globalists can all go to hell. I have come to Texas.” pic.twitter.com/v7iMykmf2I

“I can already see tomorrow’s headlines: Far-right European racist, anti-Semite strongman — the Trojan horse of Putin — holds speech at the conservative conference,” he said, to applause and laughter. “They did not want me to be here, and they made every effort to drive a wedge between us. They hate me and slander me and my country as they hate you and slander you,” Orban continued.

Then, Orban discussed the importance of family and rejecting gender ideology, saying we need to “build a wall around our children” to protect against people who are targeting them.

“To sum up, the mother is a woman, the father is a man – and leave our kids alone. Full stop, end of discussion!“

He then said we need “less drag queens and more Chuck Norris,” to loud applause.

“These two locations will define the two fronts in the battle being fought for Western civilization,” he said, adding “Today we hold neither of them yet. We need both. You have two years to get ready.”