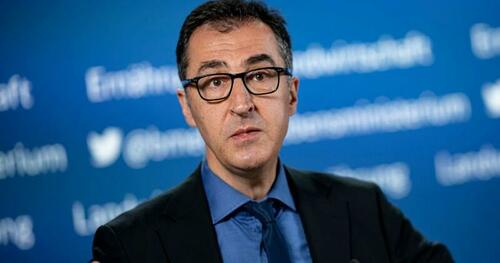 Even as the people of Germany struggle with a serious cost of living crisis, they are being told by a Green Party minister that there should be a new tax on meat.

With Germans already facing soaring food inflation and energy bills as a result of gas shortages caused by the war in Ukraine, the last thing they need is another tax to pay.

But that doesn’t seemingly concern Federal Minister of Food and Agriculture Cem Özdemir (Greens), who complained that people were eating the wrong food.

“We should eat less meat overall and make sure it comes from animals that are kept in a species-appropriate manner,” said Özdemir, adding that the country should be “adapting meat consumption to planetary boundaries and for the sake of our health.”

“It is healthier, good for the climate, and helps the global food situation because areas get freed up that we previously needed for cultivating animal feed,” the minister asserted.

Özdemir said that too much cheap meat was being produced, vowing to address this apparent problem with a new tax on meat products.

The agenda to levy a new tax on meat in the name of alleviating climate change has long been a desire of globalist technocrats.

Back in March, Bloomberg News received a massive backlash for offering ‘tips’ to Americans who might struggle with the rising cost of living which included letting their pets die and eating lentils instead of meat.

As we reported earlier this year, a group of environmental economists in Germany demanded that huge taxes be imposed on meat products to fight climate change, with calls for beef to be 56 per cent more expensive.

As we previously highlighted, the World Economic Forum published two articles on its website which explored how people could be conditioned to get used to the idea of eating weeds, bugs and drinking sewage water in order to reduce CO2 emissions.

Despite insisting that everyone else reduce their living standards and ration their meat eating to save the planet, during last year’s Cop 26 summit, attendees enjoyed a menu full of animal-based dishes that were at least double the carbon footprint of the average UK meal.

Another Green Party official recently caused controversy by suggesting Germans use washcloths instead of taking showers, as well as buying expensive eco-heating systems that are unaffordable for the average person. 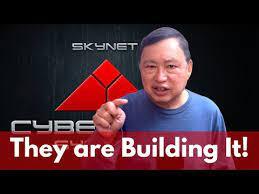 SkyNet is being built by big tech – AI machine learning