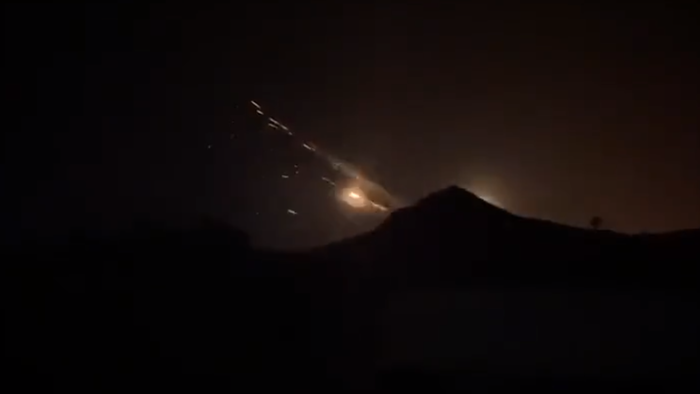 Heavy fighting has broken out between Armenia and Azerbaijan along the border shortly after midnight local time, with the ministry of defenses for both countries citing clashes at several locations. Armenia is saying its territory is coming under attack, and that intensive shelling is currently targeting Goris, Sotk and Jermuk in the east.

Crucially there are reports of exchanges of fire beyond far beyond the contested Nagorno-Karabakh region, but shelling on Armenia proper. “Azerbaijani Armed Forces have launched military offensive against Armenian positions in Armenia proper,” writes one regional correspondent.

Heavy artillery fire being reported from Azerbaijan towards Armenia. pic.twitter.com/q3uNO4mJHi

It appears the fighting has already been sustained for two hours, suggesting this could be the beginning of a broader full-scale war as tensions have simmered going back to the last war for Nagorno-Karabakh in September through November 2020.

Arman Torosyan, spokesman for Armenia’s Defense Ministry has confirmed that “intense skirmishes are continuing following Azerbaijan’s large-scale provocation along the Armenia-Azerbaijan border.” Both sides are now charging the other with aggression and provocations.

The Jerusalem Post is additionally reporting that “large clashes broke out between Armenia and Azerbaijan forces along the border between the two countries on Monday night, according to Azerbaijani and Armenian Defense Ministries.”

Below is the full Azerbaijan defense ministry statement:

They claim they were attacked from inside Armenian territory – not Nagorno-Karabakh – and are now responding. Armenia reports shelling near cities. pic.twitter.com/4rjgbyjb9j

Contesting these Azerbaijan accusations of a “sabotage” operation which were alleged to have kicked off the fresh hostilities, Armenia’s military countered with the following official statement:

Complicating matters, there are still several hundred Russian peacekeeping troops in the restive Nagorno-Karabakh border region, as part of the settlement from the last round of fighting centered there.

There are active reports of mortar use and explosions on the Armenian-Azerbaijani border. This may be a full invasion. Shots are being heard from Vardenis, Jermuk, Goris, and Tatev.

This is NOT the contested region of Artsakh. This is Armenia proper. pic.twitter.com/DIxGEcYhrw

This peacekeeping mission is now in doubt, and Russia’s major base in Armenia territory is said to be on “high alert”.