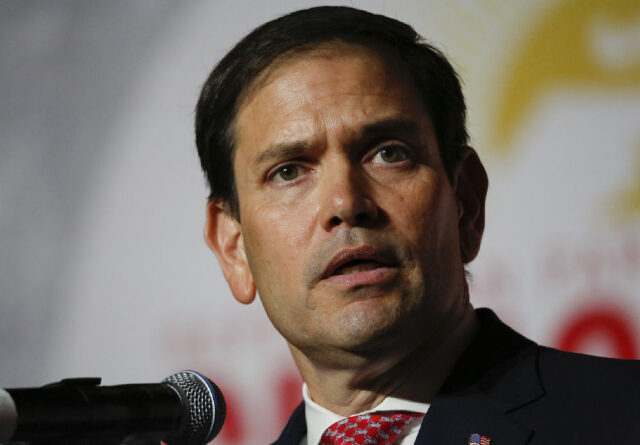 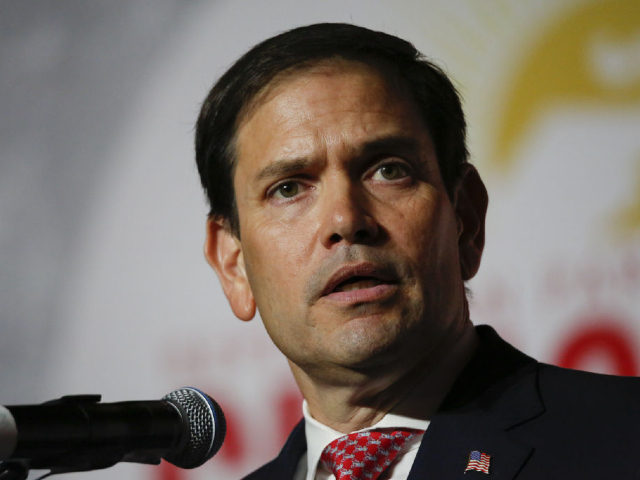 Sen. Marco Rubio (R-FL) has introduced legislation that would make it illegal for protesters to block interstate highways.

Deemed the Safe Passage on Interstates Act, Sen. Kevin Cramer (R-ND) has sponsored the bill alongside Rubio. In a press release shared exclusively with Breitbart News, Marco Rubio said the legislation would aim to protect “commuters, first responders, and other travelers on our nation’s roadways.” Though some states have adopted their own laws to protect against such protests, no federal law exists.

“Antifa and other radical protesters who block highways disrupt law-abiding Americans from driving to work, school buses from getting kids to school, and ambulances from getting to the hospital,” said Rubio. “It’s ridiculous that there is no federal law against this type of stunt.”

“We need to make sure people face criminal penalties for blocking interstate systems that we all rely on,” he added.

Sen. Marco Rubio, a Republican from Florida, speaks during the Republican Party of Florida 2022 Victory Dinner in Hollywood, Florida, US, on Saturday, July 23, 2022. (Eva Marie Uzcategui/Bloomberg via Getty)

The bill will specifically make it illegal for protesters to “knowingly engage in an activity on an interstate highway with the intent to obstruct the free, convenient, and normal use of the interstate highway” by deliberately delaying traffic or approaching motor vehicles on the highway. Exceptions will be granted to law enforcement or events that might include the cordoning off of an interstate highway, such as a sanctioned marathon. Per the press release, the penalties include:

As Breitbart News previously reported, protesters blocking highways took a turn for the worse when a video went viral of an alleged parolee being arrested after he pleaded with a line of climate change advocates to grant him safe passage in fear that he would be sent to jail if he missed work.

“One lane, I am asking one lane,” the man desperately pleaded as the activists refused to budge.

The man then began tearing signs from the protesters’ hands as they persisted in blocking traffic.

One agitated driver got physical with them while saying that he’s on parole and could return to prison if late for his job. pic.twitter.com/iWSqTlnlSW

Another video shared by documentarian Ford Fischer later showed police arresting the man after he became “agitated at the activists blocking traffic” and “got more physical,” according to Fischer. Police arrested the parolee first and reportedly “took their time” arresting the protesters.

Police took their time preparing to arrest the activists blocking the highway, but had warned drivers not to assault the protesters.

As the shirtless parolee who claimed he could go back to jail for being late continued confronting them, police arrested and carried him away. pic.twitter.com/95u5A5zf9U

French Head To Polls As Macron On Shaky Ground, But Reports Of Lower Than Expected Turnout 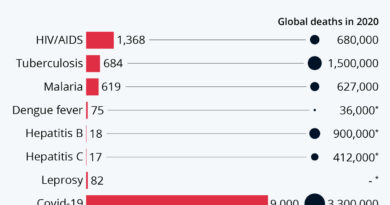 Has The World Forgotten About Malaria?