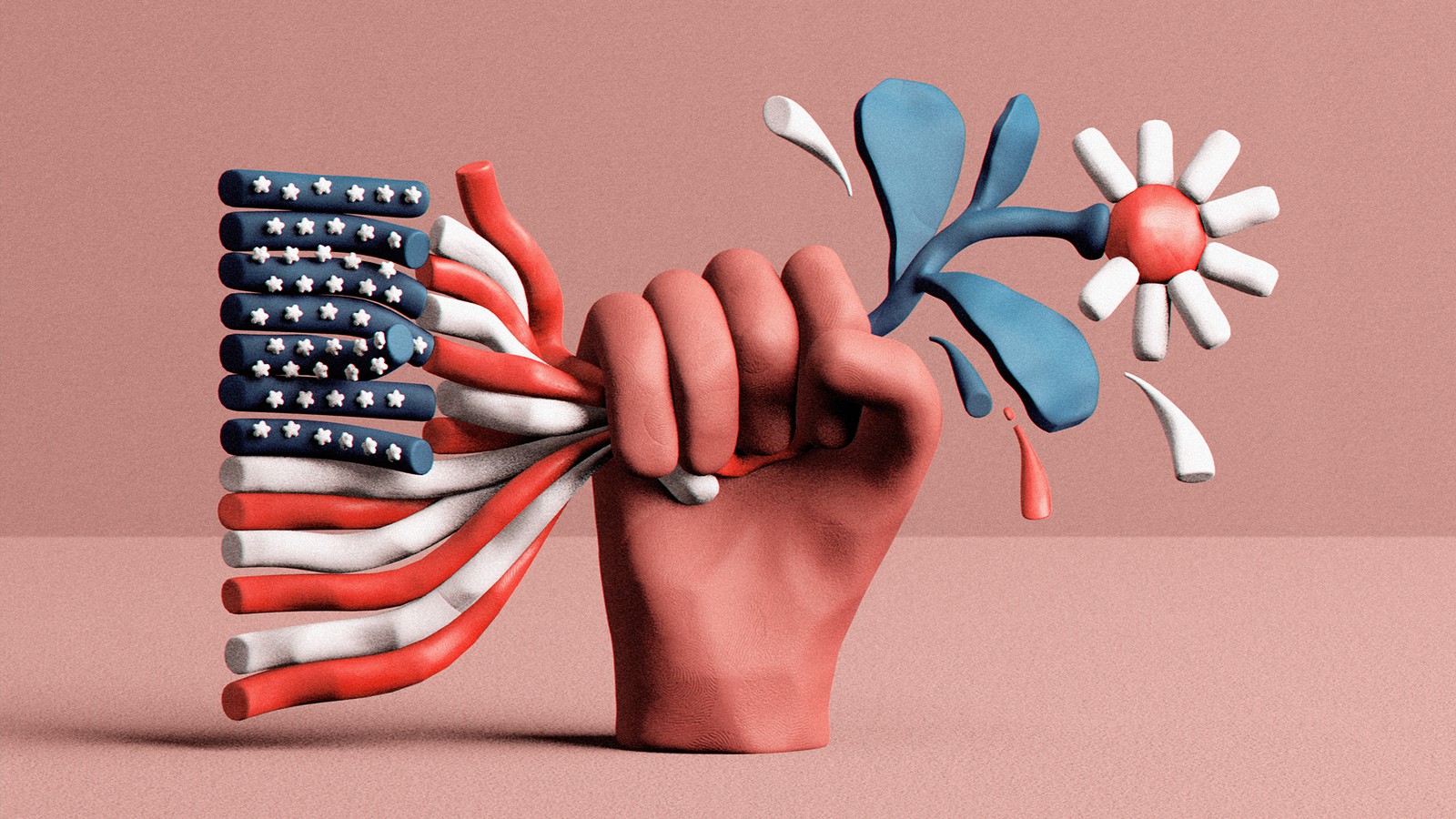 Today, in the September 7th in the Snippets column, many of the topics in some of my recent “do-not-publish” essays were covered so I thought I’d share some opinions.

I agree with most of the comments and links in today’s Snippets column, as I generally do, but a few I disagree with I hope are worthy of mention, mostly on saving the country from the tyranny which is barreling down on us and becoming obvious even to the oblivious.

In V for Vendetta, I love the Guy Fawkes moment at the end, when everything representative of the ruling tyrannical government is blown all to h*ll in a great show of fireworks and explosions. I’m usually cheering it on loudly enough for the neighbor a quarter mile away to hear.

I of all people look forward to the day when this country is broken up into smaller, more logical pieces (countries,) but there’s no reason to believe it will ever come to pass for the reasons outlined below.

The giant NSA computer database servers in Utah which save every single electronic communication we make, phone calls, e-mails, texts, etc., are the epitome example of what’s coming our way. Its computer algorithms probably upgraded me into a different folder when I publicly stated on SurvivalBlog that I wish those involved in the Capitol Breach, not counting the dozens of provocateurs, had burned the place to the ground. I’ve no doubt been transferred from the “libertarian nut job” folder to the “seditious-old-fart-full-of-hot-air folder.”

The well-known buildings in Washington DC (District of Criminals) represent to me the seething corruption that has overtaken all the good things they were originally meant to represent. They represent a corrupt Congress that cares nothing for We the People when Big Corporations, Big Pharma, and the Military Industrial Complex among others, offer them so much more including hefty campaign donations, well-paying sinecures, and lobbying jobs when they leave office.

LESSONS FROM THE BONUS ARMY

For the same reason, money, We the Sheeple can never reach a critical mass to prevent the inevitable that awaits us. Over half the people here receive a check of some kind from the government. We can’t have a civil war or break up into more logical smaller countries if it’s going to cost people their government checks. We can’t have a revolution without some vets and current military personnel on board. Very few vets would give up their pension checks, and current servicemen won’t risk a good-paying job and the promise of a pension, by rising up against the tyrannical government which employs them, no matter how much it needs to be abolished. Instead of helping the good cause, they’ll gladly fight against their fellow Americans because “it’s their job,” and they’re “just following orders.” We saw it happen in 1932 when protesting WWI vets comprising the Bonus Army were attacked by the US Military, with Patton commanding the tanks and MacArthur leading the infantry and cavalry against their brethren. They were “just following orders” and today’s servicemen will do the same when any kind of civil war breaks out. They’ll each have their justifications but the real reason they’ll never admit will be money: their paychecks and pensions.

The same is true of Socialist Security recipients. Today 69 million (21%) Americans receive a Social Security check. Very few of them, along with the other 30% of Americans receiving a government check, will risk losing that for something as silly as principles, morals, and freedom. The phrase “this time is different” is only rarely ever true. For once, this time is different.

The recent SurvivalBlog quote of the day by Samuel Johnson, “No government power can be abused long. Mankind will not bear it. There is a remedy in human nature against tyranny, that will keep us safe under every form of government,” is no longer true like it was during such events as the American Revolution and the breakup of the USSR. Former uprisings had the same common element: the seditionists had nothing to lose and everything to gain. It’s easy to throw off tyranny under those circumstances. But this time it’s different. The federal government bought off the American people a long time ago with their welfare checks, Socialist Security, and pension checks. Today We the Sheeple risk way too much financially to ever get behind or support a civil war. In their minds, people have too much to lose and too little to gain, and no appreciation of the principles of Freedom or the fear of tyranny.

The 2020 census showed that 21% of Americans don’t even speak English at home as a first language. They certainly won’t get behind a revolution. Add to that the huge population of liberals who would fight against any sort of a breakup of the country, unwilling to have smaller masses to force their wicked laws upon and a smaller populace to control. They’re not going to support letting those deplorable Republicans escape their clutches and go off to form something better any more than Abe Lincoln allowed the South to break away and form their own government of the people, by the people, and for the people of the South. Please do some research before responding that the war was about slavery. Governments don’t do things for humanitarian reasons but often hide behind them to obscure their real purposes.

There’s talk of a possible Constitutional Convention. I hope we have one. I hope they completely destroy the Constitution, especially Freedom of Speech (oops, they’ve already accomplished that), and most of all I hope they not only eviscerate the Second Amendment but do away with it altogether. Why? It’s the only possible way I can think of that might make a few Conservatives mad enough to decide they not going to take it anymore, wake up, declare themselves seditionists, and get behind the obvious need to throw off the tyrannical government which grows worse each day. But I doubt even that would be enough. And I don’t think Rednecks who aren’t pensioners and Social Security recipients could reach a critical mass to accomplish much even though many other types of Americans would join them.

In the movie Titanic, after she hits the iceberg the Captain asks the engineer who designed her, “Can’t we turn on the pumps?” The engineer replies, “The pumps buy you time but minutes only. From this moment on, no matter what we do, the Titanic will founder.” “But this ship can’t sink!” “She’s made of iron and I can assure you that she can and she will. It’s a mathematical certainty.” The USS America is no different no matter what our hopes and wishes and irrational emotions tell us to the contrary.

The obvious reality that only few can accept is that the USS America is headed over Niagara Falls and not a person alive can stop it. We’re caught in the current in our little inflatable kayak and all the back paddling in the world can’t prevent us from going over the edge, it only buys us minutes. It’s a mathematical certainty the US will founder.

People who still vote only give the corruption legitimacy. They foolishly hope they can save America if they just send enough letters to their congresscritters and keep voting red. “If we can only get a red president in the Oval Office, we’ll be saved!” The awful truth their denial prevents them from seeing is that it makes no difference whatsoever which party is ruling. Having a Republican president will only slow down by a year or two at most, the imminent full tyranny that awaits us. Republicans “buy us time, but minutes only.” With Republicans at the helm, the USS America will go down by the head. If Democrats rule, the USS America will go down by the stern a year or two sooner. That’s the only difference. All the emotional old farts wishing for the good old days are just that: emotional, which by definition is irrational. It’s time to start thinking rationally and accepting the inevitable, then doing what we can to prepare for it as best we can. Prepare, not hope and wish.

Regarding JWR’s recent comment on Balkanization, with all due respect to a man we all love and appreciate, was incorrect in its premise if I understood it correctly, concerning the breakup of the US. “But the more rural and lightly-populated Red Counties have most of the mineral resources, most oil and natural gas fields, 3/4ths of the hydroelectric power, and most of the farmland and ranch land. Oh, and let’s not overlook the location of the ICBM missile fields and most of the SAC bomber bases.”

Those are some of the more important reasons among many why the federal government will never allow a breakup. If seditionists try to take control of those things, Uncle Bidet will send the military against us. They  will “just be following orders” when they take up arms against us, or more quickly with no bloodshed, just shut the grid down in those areas. 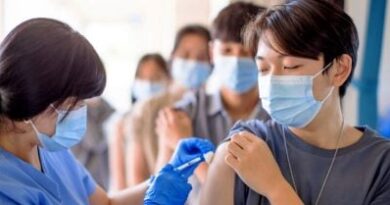 The Vaccinated Are “Infecting” the Unvaccinated with Dangerous Graphene Oxide: Biomedicine Experts 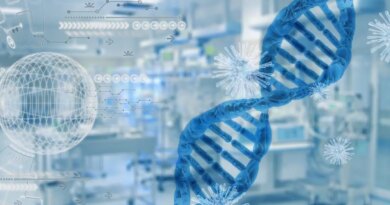 French Presidential Election: Round One