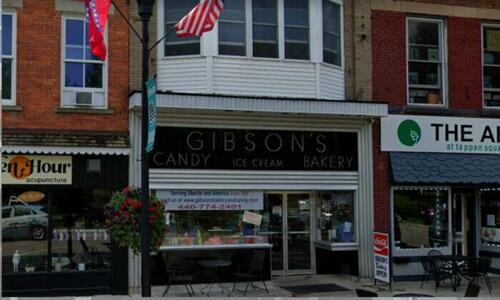 Authored by Bill Pan via The Epoch Times (emphasis ours),

Following a failed appeal, Ohio’s Oberlin College is finally set to pay $36.6 million in damages that the courts have awarded to a local bakery in a defamation case.

In a Sept. 9 statement, Oberlin announced that it had “initiated” payments to Gibson’s Bakery, a 137-year-old, fifth-generation family business that was wrongfully accused of racial profiling after a shoplifting incident involving black students.

In April, an Ohio appeals court upheld a jury’s finding that the college, in its handling of student protests over the 2016 incident, committed libel, slander, and interference with business relationships against the bakery. On Aug. 30, the Ohio Supreme Court decided to not hear Oberlin’s final appeal, bringing an end to the long-running legal battle.

“We are disappointed by the Court’s decision. However, this does not diminish our respect for the law and the integrity of our legal system,” Oberlin officials said. “This matter has been painful for everyone. We hope that the end of the litigation will begin the healing of our entire community.

“We value our relationship with the City of Oberlin, and we look forward to continuing our support of and partnership with local businesses as we work together to help our city thrive.”

The statement didn’t include an apology to the Gibsons, whose business was pushed to the brink amid protests and harassment.

In November 2016, store clerk Allyn D. Gibson caught a black Oberlin student stealing wine bottles from the store. The confrontation between the clerk and the student, joined by his two black peers, soon escalated into a fight. When the police arrived at the scene, they found the clerk lying on the ground, while the three Oberlin students punched and kicked him.

The students pleaded guilty to a misdemeanor in 2017 and acknowledged in court that the clerk’s actions weren’t racially motivated. But that didn’t stop Oberlin officials and students from organizing demonstrations outside the bakery, during which protesters demanded that customers shop elsewhere.

According to court filings, Oberlin’s Dean of Students, Meredith Raimondo, along with other staff, were involved in the distribution of flyers that were handed out at the protests. The flyers, titled “DON’T BUY,” urged a boycott of the bakery, asserting that it was a “RACIST establishment with a LONG ACCOUNT OF RACIAL PROFILING and DISCRIMINATION.” The college’s supplier of food for its dining halls was also told by Raimondo to halt ordering from Gibson’s.

The Gibsons sued Oberlin in 2017, alleging “significant financial and emotional damages” caused by the college’s actions, including repeated vandalism, property damage, and harassment over the months following the shoplifting incident. In June 2019, a Lorain County jury found that Oberlin acted inappropriately toward the bakery, a decision the college appealed.

Oberlin argued that the flyer contained only “opinions” that the Gibsons were racists, which would have been protected by the First Amendment. Ohio’s 9th District Court of Appeals dismissed the argument, stating that the flyer included much more than just opinions.

“Given the public’s lack of knowledge of what had happened at the bakery and the ongoing tension on campus about racial injustice, these statements would convey to a reasonable reader that the arrest and alleged assault at the bakery were racially motivated, that the Gibsons had a verifiable history of racially profiling shoplifters on that basis for years, and that those facts were a reason to boycott the bakery,” a panel of three judges wrote.

Owen Rarric, an attorney for the Gibsons, welcomed the outcome.

“We are happy to hear that full payment on the judgment is forthcoming, allowing the 137-year-old Gibson’s Bakery to move forward continuing to serve its community. David Gibson was always hopeful that the family bakery’s relationship with Oberlin College could one day be restored,” Rarric said in a statement.

Two of the case’s leading plaintiffs didn’t live to see the victory. David Gibson, the bakery’s owner, died in 2019 of pancreatic cancer. Allyn W. Gibson, father to David and grandfather to Allyn D. Gibson, passed away this February at the age of 93.

After the 2019 court victory, Allyn W. Gibson said he hoped that people understood that his family had nothing against Oberlin students.

“I have been here my whole life, and I love the students and the energy they bring to our community, and people who know me know I always love being with them,” the family patriarch told conservative news site Legal Insurrection, which has been backing the Gibsons since 2016.

“Students can be great people or they can be bad, just like all of us can be, but they need guidance at that age, and they weren’t getting it when this all started.”