From Germany there is only to report that the media continues to push it to the extreme and nobody really seems to care. Not only the scaremongering with energy crisis, but also the government is publicly portrayed as an absolute disaster. The health minister-actor has now said that compulsory vaccination must come. Not because of the pandemic, but because otherwise the opposition would win (party AfD, Alternative for Germany is against compulsory vaccination). And there are actually people who still defend all this, too, there are very few who begin to wonder whether there really is a pandemic, or whether political victories are more important.

The script is getting more and more exaggerated, but some people don’t care anymore because they know it’s just a show, others because they didn’t care until now either. They have given up personal responsibility long ago, their brains even longer, the “state” will fix it, after all they have elected the people up there. It is only to shake the head, and we patriots must be careful that our eyes do not fall from boredom and we spill the popcorn.

I watched the movie “42” and was quite taken with it. It’s about baseball, but that’s not really the main thread. That one is about division and separation and change. Without wanting to be pretentious or special, a movie about people, how they treat each other, fairly or unfairly, can’t leave a person untouched. To remain untouched, and to see only baseball in the foreground, that is not the goal of the film. The goal is tears and the will to allow change in oneself. Actors, true story, are completely secondary, it’s all about us as people.

If you haven’t seen the film yet, you should watch it. It is based on true events and has really good actors. In such films I always realize that I am a human being, not just copying or simulating emotions, but really having them. I get tears in my eyes during touching scenes, feel with the protagonist, sympathize and yes, even suffer. Because the black population still did not have much or not everywhere something to laugh in these years, the film shows that in a very hard way. And if I still open my eyes and ears today, in some regions of the U.S. it’s still like it was back then.

I think there were a lot of Jackie Robinsons in those days, baseball is a very popular sport and if you’re as good as Jackie, you just show people through performance that the color of your skin doesn’t say anything about a person. And there are many activities in which a person with a different skin color, can show what he is capable of. In football there was also a similar story, told in the movie “Against Every Rule” (original title “Remember the Titans”) with Denzel Washington and Will Patton. There were certainly many Robinsons, Boones, and brave whites like Branch Rickey who were tired of continuing to support this segregation. Again, parallel to today, many people lacked insight and logical thinking. A very important line in the movie “42” by Branch Rickey is, “There was a time when I couldn’t do it any longer!” And that is insight in the very highest form. That still eludes many, even today in 2022. They think the whole world revolves around them and their thoughts. Their opinion, their knowledge, their point of view counts, nothing else. What distinguishes them in the alternative scene from those who still believe the mainstream?

If all these people were able to change in the 50s, 60s, why can’t we do it anymore? Why are we still succumbing to division over and over again? It really saddens me to witness every damn day good people at each other’s throats, arguing, excluding, judging. The division still runs very deep and in my opinion there is little time to come around. ALEA IACTAE SUNT, the die is already cast in many places. This is not my world to live in and I hope the Creator ends this soon. Even if it meant I would have to leave too. I’m not perfect and I’m sure I’ll make these or other mistakes.

A crucial line in the movie is “If they knew you, they would be ashamed!” Well, I’ve been witnessing this in groups for the last two years, how other people are treated there. And have already experienced it on my own body, how “heart people”, “humanitarians”, “light and loving members” deal with you. They know and know nothing of the others, as the Native Americans said, they have not yet walked in their shoes for a month. But presume, on the basis of one or more statements, to attack or even exclude another person, a group member of the same group (!!!). Where have we all got to, tens of years after civil wars, after world wars, after all religious wars? If we all knew each other, we would be ashamed. A good person, a humanitarian person would never call himself that, others would call him that if they felt that way.

We are all human beings, we are all the same. No matter what we look like, what color skin we have, what diet we prefer, what view we have of the shape of the earth, what political views we have, and what we think, feel or believe.

If we can believe history, Europeans got on ships, sailed across the Atlantic, called the indigenous people there uncivilized and inferior (just because they lived differently) and pushed them back more and more. The land was claimed just like that by kings, basically it was land theft. Then a few years later, when the first people were born in the Americas (who still had European roots), people with dark skin were ripped from their homes because they were again labeled inferior by others (just because they lived differently), and traded as commodities. As slaves, they performed labor in cotton fields. This benefited the whole new country of “better people,” white people. Whether freed or independent, they could not go back to their homeland. They were forced to stay, even if they did not fit into either continent or could call it home. For they would not have been able to cope in Africa either.

Both continents, North and South America, have been conquered and taken possession of by Europeans, as we can see from the national languages. In South America it was Spaniards and Portuguese, in North America it was Spaniards, English and French. Mainly North America became a classic immigrant continent. People from all parts of the world were drawn to the land of unlimited opportunity. Now you would think that this multi-cultural continent would produce countries that would cultivate tolerance, that would not allow racism, precisely because the populations have different origins. But no, people forget very quickly, quickly make something their own and tread on supposedly inferior people ALWAYS.

This is where I realize, also through my own experiences, that kids would basically see all other kids as the same if you let them. But we raise them with our adult thinking that is based only on indoctrination, and already new dividers are growing up. I’ll be glad when this ends soon. It will be stopped by force, because a change by ourselves would take much too long and we don’t have this time anymore. But the awakened ones should already deal with it today and check with themselves how they face and behave towards dissenters. We are being watched, that should be clear to us slowly and we get lessons through everyone who enters our lives, be it live or virtually in social networks.

We should really try hard in the last days, there is still time to change or try harder. I also sometimes see lights in the sky behaving strangely or a lightshow during thunderstorms without thunder, which can’t really be caused by lightning. So we are certainly being watched.

So it was fitting that I got a mail from a dear contact a few days ago that made me laugh a lot. Just an excerpt of the mail, I left out private lines:

“I was lying exhausted, therefore not in such a good mood, daydreaming on the sofa, thunder from the thunderstorm could be heard outside, when the following thoughts went through my head: Could the thunder be the audience moving chairs up there? Helpers are just setting up chairs up there, parking the spaceships, checking if the technology for the live transmission from the big party on Earth is working. The socks including the wings of Hermes are already smoking from checking whether all the stars are cleaned and the planets are all in the right place. But when I then arrived at the cosmic hairdressers and tailors, how they still turn hairdos, straighten hairstyles, put on hems, tug and pull here and there, so that everything fits with the spectators, it was over with the bad mood and I had to laugh so about myself. Later I went shopping for a short while and lo and behold, two shining souls met me…..”

The soul family is always just a thought away from you.

If you like, send me good thoughts, or pray for me. Those who can and want to, may also send me a donation. I thank you for your support in any case!

Those already in the burgeoning worldwide Stellar Network (XLM) now have another donation option:

A huge thank you for all the support so far! You are great and in my heart! 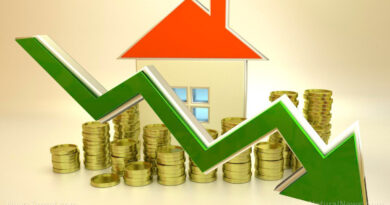