(Natural News) Despite the fact that the deep state stole Donald Trump’s reelection and replaced him with a dementia patient whose regime is being run by Barack Obama behind the scenes, the left-wing media still can’t move on from the ‘former’ president.

That was evident — again — last week far away from Washington, D.C., and Trump’s Mar-a-Lago estate in Palm Beach, Florida.

In a press conference Thursday, Las Vegas Sheriff Joe Lombardo and another police official were providing details on the murder of a Las Vegas Review-Journal journalist, Jeff German, 69, who had been writing stories exposing Clark County Public Administrator Robert Telles, a local Democratic politician, for inappropriate behavior while in office — literally performing the role the press was envisioned to perform by our founders: Serving as watchdogs on the powerful, regardless of party or political affiliation.

After being peppered with various questions about the case, one reporter veered into the insane by suggesting that a Democratic politician was motivated to violence by Trump.

The female reporter first noted that it was probably not an “appropriate” time to talk about “politics,” leading Lombardo to respond: “So why are we talking politics then?”

Undaunted, the report asked:  “Do you condemn former President Trump’s normalization of violence against journalists?”

First and foremost, Trump never ‘normalized’ violence against journalists nor did he ever call on Americans to do journalists harm, let alone kill them. So her premise is worse than simply being out of line, it’s slanderous.

The sheriff responded: “No, I think this is probably an inappropriate venue to speculate on that or opine on that. I think it needs to be stated and noted that it is troublesome because it is a journalist, and we expect journalism to be open and transparent and a watchdog for government. And when people take it upon themselves to create harm associated with that profession, I think it’s very important that we put all eyes on and address the case appropriately, such as we did in this case.”

Meanwhile, the Las Vegas Review-Journal reported on the death of its journalist:

The stunning development came a day after Las Vegas police asked for the public’s help in identifying a suspect in the case. An early morning search of Telles’ home on Wednesday provided the first indication that the Friday killing might be related to German’s work exposing public wrongdoing. The investigative reporter was pursuing a potential follow-up story about Telles in the weeks before he was killed.

“The arrest of Robert Telles is at once an enormous relief and an outrage for the Review-Journal newsroom,” Executive Editor Glenn Cook said. “We are relieved Telles is in custody and outraged that a colleague appears to have been killed for reporting on an elected official.

“Journalists can’t do the important work our communities require if they are afraid a presentation of facts could lead to violent retribution. We thank Las Vegas police for their urgency and hard work and for immediately recognizing the terrible significance of Jeff’s killing. Now, hopefully, the Review-Journal, the German family and Jeff’s many friends can begin the process of mourning and honoring a great man and a brave reporter,” he added.

As for Trump, if anyone is responsible for ginning up violence, it’s the media. Several journalism types, on cable news and in print, called him every name in the book like “Nazi,” “Hitler,” and “authoritarian” in an attempt to dehumanize him and rile up the left. They lied about him incessantly, made up stories about his administration, and published every sort of deep-state tripe concocted to bring him down. They supported his two impeachments. They looked the other way as riots rocked our country, calling them “mostly peaceful.”

Trump doesn’t incite violence, he incites anger on the left, and they turn it into violence. 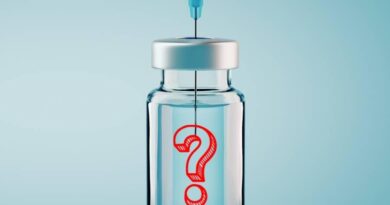