Lara Logan joins Steve Bannon and she’s got a lot to say about The Plan.

“And the reasons it’s happening, Steve – it’s not just an invasion. It is an invasion but an invasion that is primarily that’s part of a longterm plan and political ideology to obliterate the sovereignty of this nation and change the way the world looks, forever.

“It’s not just America’s sovereignty that’s on the chopping block, it’s sovereignty over the world. It’s just that this is the place that is the light and the guide for the whole world. And so this is the country that has to fall first in order for the other countries to fall.

“And what I learned from a source, who is a very unique source, having infiltrated the Globalist “cult” at the UN level is that he was in high-level meetings that required a number of security clearances where they actually discussed the plan to bring 100 million people into the United States, in order to pave the way for a regional government of US, Canada and Mexico.

“And that was to bring in 100 million people from Latin American countries, together with a strategy of creating these cartels, making life unbearable. It’s called the “Push-Pull Strategy”, where they push people out of these countries, where it’s unbearable living like this and they pull them into the United States.

“And then, once you’ve reached that critical number of over a hundred million in this invasion, they will then propose, ‘Well, for your family and friends back home, who need ease of travel, they need a better life and so on and so on – we can do all this better with a regional government than we can with a US Government.’ And they will have enough critical mass inside the country in order to effect that policy.

“That’s the Globalist plan that we’re working towards. But what we’re already doing is that we’re living under their policy, where they’ve made the right to migrate a “human right”, recognized by the UN in 2018 and that now supersedes our sovereign rights, thanks to the Biden administration and the open border ideologues who are in this government, who were never asked, to be honest, about their strategy on the campaign trail, who have bypassed the legislature and are implementing a strategy and a policy that, not only did no Americans vote for it, because they weren’t given the opportunity but most Americans don’t support.”

Since Joe Biden took office, Lara says, “They have escalated these policies. They’ve escalated the implementation and there are a number of people in intelligence who I talk to who say, the plan was that Trump wouldn’t exist. It would go from 8 years of Obama to 8 years of Hillary, to 8 years of another Democrat, to never seeing another Republican administration.

“If you look at this as a longterm plan over several administrations – in fact, even Democrat and Republican, because both have failed on the National Security element at the border, then what you see is that that this plan is not very far away and it’s not all unrealistic, in a sense.

“And when you look at that and you connect the dots – remember when Chris Matthews compared Bernie Sanders to Hitler?…I think it was in 2016. And so he was immediately dethroned, because you couldn’t have that. You couldn’t have that comparison coming from the Left, because people would see that it was true!

“So when that happened and Chris was actually removed, his spokesperson was out everywhere, saying that, ‘The Days of milk white America were over and that the future of America is diverse and he spoke with the same kind fo certainty that people have, for example when they don’t write a concession speech, because they know that they’ve ‘won’ the election, as Hillary Clinton failed to do in 2016 and she was so shocked, when she didn’t ascend to the throne, because they reversed the cheat…and I know this from intelligence people who were involved in this and other people who are familiar with what happened.

“So, when you connect those dots, what you see is, here’s a guy saying the future of America’s diverse, and yet, at the same moment, 70% of the American nation is still white. So how is he so certain? Well, because there’s a plan.

“That’s what you see behind all of this. That’s what I try to do as an investigative reporter; is not just react emotionally to the fact that Kamala Harris is a complete liar and it’s obvious to anyone with eyes that Texas is overrun. The reason they’re sending migrants to Martha’s Vineyard and and so on isn’t just to make a point, it’s because these towns have gone past capacity, the Border Patrol is past capacity.

“The number of border patrol agents who are experiencing extreme trauma, because they’ve got hundreds of thousands of unaccompanied minors crossing that border, many of them are babies…aren’t they supposed to be reunited with their parents in America, who are here without their children? Right? This is to rejoin families that have been separated.

“Well, how were they separated, if they’re just babies? What families are they going to? Why are hey still in the custody of Heath and Human Services, months and sometimes even longer later? Or in the custody of NGOs, because what do they love? They love shoving these kids into NGOs and then they disappear and nobody can ever know what happens to them, whether they reach their families or whether they don’t reach their families and you don’t have any reporters in even asking the question, because most of the media is completely captured and just in the tank for the Biden administration and they’re not asking ay difficult questions about anything.

“If you can imagine the impact that this has on the border patrol agencies, they’re all past capacity. Suicide rates are up and through the roof and it’s the same in the DEA, the Drug Enforcement Agency. They’re not being able to do their job. And what they’re seeing is an endless stream of people, while terrorists come across while National Security is obliterated but what they’re actually looking at, if you step back from that emotion of the moment is that they are looking at a very carefully crafted strategy that is backed by the most powerful people in this country, some whose names we know and some whose names we don’t know and dark mone and all those other things that go behind it, protected by layers and layers of deception, masked with the NGOs that is part of a broader strategy to annihilate not just sovereignty of this nation but of every nation on Earth, because they seek to have control of the whole globe.

“And that shouldn’t be a shock or a conspiracy to anyone, because there’s been 40 million movies made about people that wanted to rule the world, right?”

With all of this, Lara believes that Texas can solve this problem, as she said they did in 2015.

“Texas has the Board of Public Safety, which is a fairly unique law enforcement agency that is able to step in the breach here. They know how to shut down the border, they’ve done it multiple times but what they’re lacking is the political backing to do so. While Governor Abbott is doing a lot and he talks a big game, at the end of the day, Texas hasn’t shut down the border, have they?

“They haven’t taken your Federal Taxes and put them into an escrow account and used that to finance a state border force. Abbott has done nothing about the fact that the border force is derelict in its duty to uphold the Constitution, which then, in that case, some of these powers can revert to the states.

“The states have the power – not just Texas – but they have the power to prevent the federal overflight of federal drones. They can kick out every Federal Employee. They don’t have to be subordinate to these federal agencies who are clearly not doing their job, who are trampling on the rights of American citizens and so on.

“We rely on our intelligence agencies and the military to write what is called a threat assessment, a National Security Threat Assessments that identify the true nature a scope of the threat. Because by presenting that to the American People, you can start to get the policies that are actually going to effect change and are actually going to be targeted at the problem as it exists – not the fake problem that people in Washington are pretending doesn’t exist – but the actual problem.

“So they’ve written a threat assessment and you can do things, like you can designate the cartels as a terrorist organization. You can recognize the fact that law enforcement’s model no longer works.”

Steve Bannon then asks her when this report that she’s referring to will be promulgated?

“Tomorrow, Friday, in Houston. It’ll be presented at a workshop open to the public; anybody can come and listen and it will be made publicly available to whoever’s interested. This event is at the VFW and so people can find it online and Steve, it’s really a first, because the Government is so derelict in its duty and in identifying the true National Security Threat of opening the border to the most violent criminal organizations in the world, which are the cartels in Mexico and documenting the concision of those cartels from drug organizations, the multinational drug organizations who are now, their number one product is human beings.

“Two years of being raped every single day for money until you’re killed. And then, they’re also trafficking people for labor. So you have all these people in woke cities saying, ‘Oh, aren’t these immigrants good people? They’re working 2-3 jobs.’ They’re working 2-3 jobs, because most of their money is going to those cartels and they don’t see the light of day and their lives don’t get better, they get worse…

“What you’re doing, instead is you’re bringing in illegal immigrants ad legal immigrants and you’re teaching them that America is bad. It’s full of racists. It’s systemically racist. It never did anything good for anybody and you’re encouraging, basically the decline of this nation from within.

“And for many of these people – I just became a citizen – and when I went to my packet on the seat, where the oath is and everything that I needed to know, you know what the top page was? The top page was a flyer from the League of Women Voters.

“So, diluting the pool of patriotic Americans while flooding the country people and ignoring the fact that really, what we’re doing is we have someone like Ilhan Omar and people in her district who, the causes they’re signing up to, they don’t believe in the United States. They don’t like anything about this country. They want to change everything about it and they’re at war with the people, themselves.

“But they’re not the ones the FBI is worried about, right? The FBI is worried about people like you and people like me and Mike Lindell, the Pillow Guy, right? Those are the ones they’re going after. Ans what the media is doing is helping them in that, because they are taking a knee to this ideology and they are playing down the fact that there are Islamic terrorists and breeding grounds for Islamic terrorists in our own cities and our own schools. And that’s truly an indictment on our leaders who know exactly what they’re doing, because this is part of a bigger plan.” 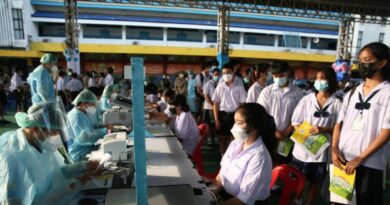 Reuters Fact-Checkers “Debunk” Claim That a High Number of Teens Are Developing Heart Problems Post-Jab . . . It’s “Only” 1 in 6 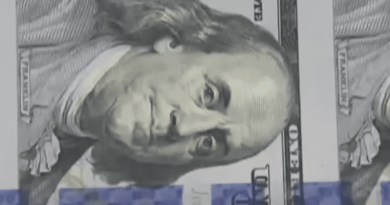 In August, the US Experienced its 27th Straight Month of Rising Inflation