A cache of strange elongated skulls has been unearthed on the Zohreh plain in southwest Iran at an archaeological site known as Tol-e Chega Sofla. Archaeologist Abbas Moghaddam stated “At Tol-e Chega Sofla, the concentration of deformed skulls in grave BG1 is striking.” We will discuss this enigmatic grave more below, but first lets learn more about this ancient site…

Tol-e Chega Sofla is located about 30 miles south of the town of Behbahan, on the eastern most fringes of Khuzestan province. This site was first discovered in 1970 by Hans Nissen and his colleagues from the Oriental Institute of the University of Chicago.

Abbas Moghaddam, one of several archaeologists leading this excavation, in their report titled “Tol-e Chega Sofla Cemetery: A Phenomenon in the Context of Late 5th Millennium Southwest Iran” stated…

“Its considerable extent, the diverse grave structures, the richness and diversity of recovered grave goods, as well as the large number of buried individuals are unprecedented phenomena compared to previously excavated contemporary sites.”

According to recent archaeological evidence, this site flourished approximately 4700-3700 BC. Considering the size of the Tol-e Chega Sofla residential quarter, the number of the dead, as indicated by the excavated graves, is relatively high (at least 102 individuals) according to the archaeologists. They believe the high number of skeletons in the multiple burial graves has a primary explanation, and that is the constant use of graves for several generations. Some other explanations may also be considered: war or conflict, famine and starvation, pandemics or the prominence of ritual activities for the Tol-e Chega Sofla communities living in the Zohreh plain in the late 5th millennium, and who brought their dead to this cemetery.

Grave area B where the elongated skulls were found

Archaeologist Abbas Moghaddam stated “Eleven graves, in total, were located within three excavation units named Areas A, B, and C. Three graves in area A (AG1, AG2, AG3), six graves in area B (BG1, BG2, BG4, BG5, BG6 and BG7) and one grave in area C (CG1) were excavated. Grave BG3 in area B remained un-excavated. Based on physical anthropology studies, the buried individuals in the ten excavated graves ranged in age at death between less than six years old to more than fourty years old. Most of them (21.3%) were aged between 30 to 35 years old and only a few were aged more than 40 years old (1.1%).” Moghaddam went on to say…

“At Tol-e Chega Sofla, the concentration of deformed skulls in grave BG1 (12 skulls) is striking”

4 of the 12 elongated skulls unearthed. Skulls #2 & #4 appear to have more cranial volume than normal.

Moghaddam also said, “One example was also recovered from BG6, although the actual number might have been higher.”

I find it very interesting that these archaeologists found the concentration of deformed skulls in grave BG1 to be “striking.” If elongated skulls are simply just the result of cradle head-boarding and “common” throughout the Middle East as these archaeologists go on to state later in their report, then why do they seem to be so taken back by this discovery of elongated skulls? Furthermore, why were most of these elongated skulls found only in grave BG1 and not spread throughout all of the other graves? Might these have been a ruling class at some point in this area?

This specific skull appears to have more cranial volume than normal.

“The findings from Tol-e Chega Sofla not only remind us to not underestimate prehistoric communities but demonstrate the need to review many of our previous assumptions,” stated Moghaddam.

A wide range of findings, including pottery and stone vessels, metal objects and vessels, as well as small ornaments, were recovered from the excavated graves. The most interesting feature regarding the grave goods was a certain harmony between the diversity of grave goods in terms of type and material and the grave structures.

In doing further research, I found this photo above of another elongated skull unearthed in Iran at a location known as Čoḡā Safid, which is dated to around the 7th-6th millennia BC. This skull, as well as at least two of the Tol-e Chega Sofla elongated skulls pictured above (#2 and #4) appear to have more cranial volume than conventional human skulls and look very similar to the infamous Paracas, Peru skulls.

In the 1920’s, Peruvian archaeologist Julio Tello first discovered tombs in Paracas filled with skeletons that possessed some of the largest elongated skulls found on earth. Since then, many more elongated skulls from this region have been discovered which are believed to date from between 2,000 – 3,000 years ago. Now the skeptics always say that all of these are just the result of cradle head boarding. Some of them are, however many are not. There are two different types of skulls found amongst the Paracas skulls. There are the skulls that are elongated simply due to cranial deformation or head binding. On these type of skulls – except for the skull elongation, everything looks similar to our skulls of today. But then there are the skulls we call natural elongated skulls. These are the ones that feature crazy anatomical genetic differences, and these were likely the nobles and royalty of the Paracas culture.

These natural elongated skulls feature much larger jaw bones and eye sockets that are up to 50% larger than normal human skulls. These are also missing the sagittal suture – the fibrous connective tissue joints between the two parietal plates that run down the center back of our skulls. Many of these elongated skulls cranial volume is up to 25% larger than conventional human skulls. A few skulls, such as the Chongos skull in Ica museum has approximately 50% more cranial mass. Here’s the key: cranial deformation can certainly change the shape of a skull, but it cannot add more cranial mass or volume to a skull.

For full references please use source link below 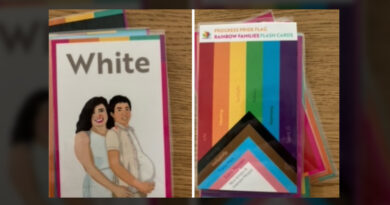 The radical Left’s world of make-believe biology: Babies don’t have heartbeats but men can give birth

Hedge Fund Positioning Ahead Of CPI Is At 5-Year Lows