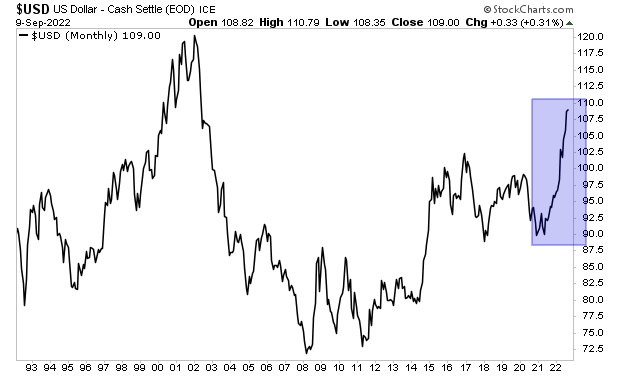 We have entered the currency wars, a time in which major countries…

As I noted yesterday, Japan has unleashed the next wave of inflation.

By quick way of review:

2) As a result of this differential in policy, Japan’s currency, the Yen has hit a 24-year low relative to the $USD.

3) Japan imports almost all its energy and food needs. As a result of this currency collapse, food and energy prices in Japan are skyrocketing.

So last week, the BoJ decided to take matters into its own hands… and intervene directly in the currency markets. This is an actual gamechanger.

And so… we have entered the currency wars, a time in which major countries use monetary policy as a weapon to defend their own currencies against others.

All of this is HIGHLY inflation.

Consider the U.S.. If inflation hit a 40 year high at a time when the $USD was doing this:

What do you think happens to inflation when the $USD rolls over due to Japan propping up the Yen?

On that note, we just published a Special Investment Report concerning FIVE secret investments you can use to make inflation pay you as it rips through the financial system in the months ahead.

The report is titled Survive the Inflationary Storm. And it explains in very simply terms how to make inflation PAY YOU.

How the Specter of Communism Is Ruling Our World – Part 5 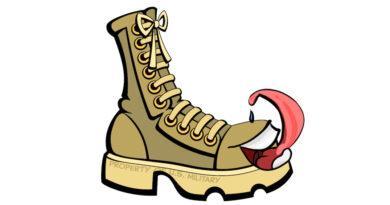 The Self-Licking Boot Of US Militarism 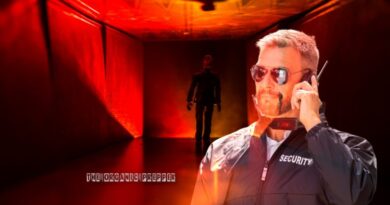