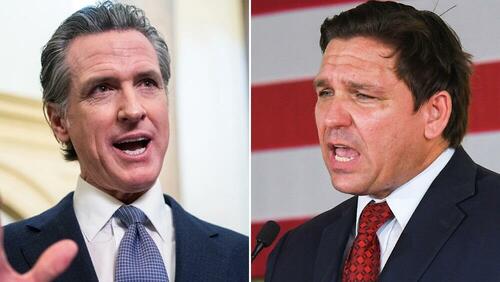 Talk about your cowardly challenges – A public debate moderated by CNN focused on the illegal immigration crisis?  Surely such an event would not be rigged in favor of a far left politician like Gavin Newsom…

The California Governor seems to have been triggered by recent comments from Florida Governor Ron DeSantis about Newsom’s hair gel usage and mental dysfunction.  Media outlet CNN, which has been bleeding viewers as well as cash for years, is desperate for any attention and its CEO Chris Litch immediately jumped on the prospect (suggested by Dan Rather) of a debate between the two leaders of two of the most populace states in the US.

Newsom of course quickly volunteered for the opportunity, telling DeSantis to “bring his hairspray”:

“Hey @GovRonDeSantis, clearly you’re struggling, distracted, and busy playing politics with people’s lives. Since you have only one overriding need — attention — let’s take this up & debate. I’ll bring my hair gel. You bring your hairspray.”

It is unconfirmed whether or not DeSantis actually uses hairspray.

A public debate between the two state governors would have to be on neutral ground, which discounts every single major corporate news outlet in the country these days, CNN in particular.  If those were the conditions it’s unlikely that Gavin Newsom would be as excited about the idea.

The conflict over the illegal immigration issue has exploded in recent months as conservative governors bus and fly migrants directly to  leftist controlled cities.  As democrats face actual economic consequences for their open border policies, they have become increasingly angry and bitter, projecting their ire onto red states while ignoring the primary point being made – If their shelter and welfare systems in wealthy cities can’t even deal with a few thousand migrants, how can they expect border states and small towns to deal with millions of illegals every year?

Newsom like all other leftists do not have an answer for this question.  Instead, they have chosen to attack the messengers rather than considering the message.

The current accusation being used is that DeSantis and Texas Governor Greg Abbott is “exploiting human beings as political pawns.”  This is what leftists have been doing for decades through their open border policies and their continued opposition to practical voter ID laws.  But beyond that, it’s important to note that illegal migrants don;t have to be here in the US; they can go home any time they like.  It’s hard to be a political pawn in a country you don’t live in and aren’t trying to sneak into.

The main takeaway from this situation is that the migrant busing strategy is working.  Conservative states are exposing the hypocrisy of blue state open border proponents, and now they are furious.

The classic leftist tactic when exposed is to try to flip the tables and admonish people for proving them wrong.  The migrant busing debate is no different.  Mayors in New York and Washington DC have consistently accused border states of “monstrous” behavior, but this attack contradicts the history of open border advocates and their long term habit of relocating migrants deep inside the US, often to red counties.  It’s fine when they do it, but not when conservatives do it?

It also contradicts the political left’s root argument when it comes to illegal immigration, which is that there’s “room enough” in America for everyone who wants to come here.  Apparently not in NY, DC or Martha’s Vineyard.

Beijing Aggression Has Turned Australia Into Crucial Pillar Of US Defense: Expert 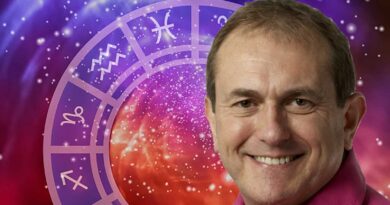