“If you do an online search for Natural Asset Companies”, writes Sandra Myers, “there isn’t a lot of available information beyond what is shown in the graphic on this page [on link below] and only just a couple of other articles, one being by the Children’s Health Defense (Robert F. Kennedy, Jr.).”

“The statement by the New York Stock Exchange (NYSE) introduces you (or, rather their investors) to a new kind of asset investment: Natural Asset Companies (NACs).

“The Intrinsic Exchange Group (IEG) reveals that in 2021 regulatory approval was being sought to convert natural assets into financial capital. Let me point out the obvious: Although this brainstorm has been in the works for a decade, the conceptualizers didn’t start pressuring for approval until Joe Biden’s presidency and under the hot new campaign for the Green New Deal.

“This program isn’t just about buying up physical farms, ranches and grazing lands like Bill Gates, Ted Turner, John Malone and other elite have done who now own more land than would cover the entire state of Florida. This is about commoditizing the very ground you walk on, the ocean or lake you swim in, and even the very air that you breathe. This is about making financial assets of the portions of nature you wouldn’t think could be valued in a monetary sense: perhaps a coral reef off the coast of Florida or an uninhabitable mountain top in Alaska. Where there’s a will to make money and exert control over the people, a way will always be found.

“To give you a clear picture as to why this is happening, the current economic asset value is estimated at $512 Trillion dollars. The projected asset value of these NACs is in excess of $4,000 Trillion (4 Quadrillion) dollars. You can see why the eyes of the elite are glazed over with the possiblities of even more wealth, power and control.

“According to the IEG’s website there are three areas which the NACs are divided into: Natural, Working and Hybrid. From the IEG website we read:
• Natural NACs focus on protecting, expanding and restoring natural terrestrial and marine ecosystems—for example, forests, grasslands, wetlands, coral reefs. (How do you assign a dollar value to the asset of a coral reef?)
• Working NACs revolve around agriculture as it sits at the intersection of critical environmental and social issues—water, energy, climate, human health, the economy, and biodiversity.
• Hybrid NACs A hybrid area project could connect conservation areas with wildland corridors to facilitate biodiversity and healthy wildlife populations as well as for recreation. Agricultural lands within the perimeter of the protected areas could be included so that production practices could be converted to regenerative methods or facilitate the conversion to alternate crops that better serve the region’s ecosystem and local farm economy. (Meaning: If your farm is within a perimeter of an NAC’s control, you can be forced into changing what you grow, how you grow or even if you can grow your crops.)

“Of course, the World Economic Forum (WEF), in partnership with PricewaterhouseCoopers (PwC) is in on the act with its Nature Risk Rising: Why the Crisis Engulfing Nature Matters for Business and the Economy report in 2020. I encourage you to research the following:
The WEF’s 36 page report at WEF_New_Nature_Economy_Report_2020.pdf; also from the IEG: IEG (intrinsicexchange.com) ; and from the NYSE Natural Asset Companies (NACs) | NYSE. If you couple these reports to the elite’s intent to control and depopulate the earth you will be horrified. These NACs will exercise control over any pre-existing ownership of private and federal lands and other locations (like coral reefs or the ocean)… The elite will use their monetized, commoditized natural assets to oppress the lives of you, me and our generations and force control over all creation for their benefit.”
Source: Turning God’s Creation Into a New York Stock Exchange Commodity (texemarrs.com)

Zelensky Calls on NATO to Launch “Preemptive Strikes” Against Russia 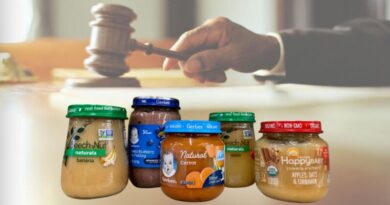 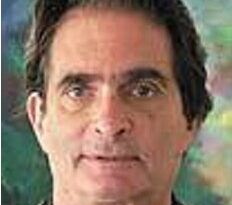 Behind Bilderberg, Trilateral, WEF: the Globalists have a major problem