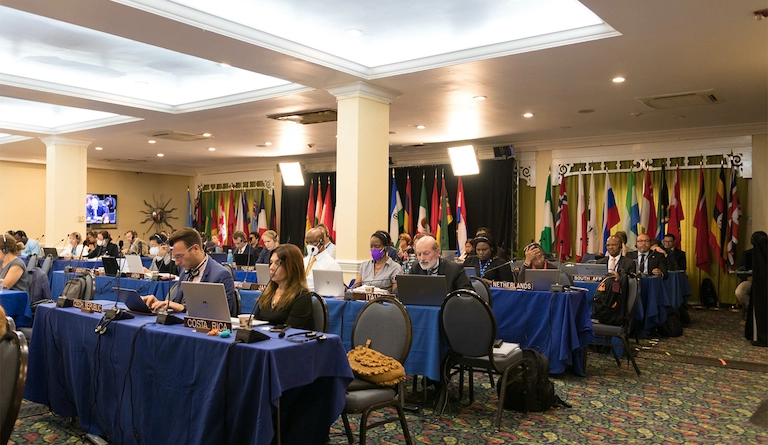 Editor’s note: Deep-sea mining is a sign of addiction. Only a culture driven by a death urge masquerading as a profit-production-motive could contemplate destroying some of the largest and most intact remaining habitats on Earth and call it “green.” One of the first companies that may begin deep sea mining is The Metals Company, headquartered in Vancouver, Canada. TMC plans to extract nickel, cobalt, copper, and manganese from “polymetallic nodules” dredged from the deep seafloor in an area of international waters called the Clarion Clipperton Zone southwest of San Diego. The company claims that mining the oceans is less harmful to the environment. Nothing could be further from the truth.

As a biocentric organization, Deep Green Resistance is opposed to deep-sea mining — and indeed, all industrial mining. Mining is the one of the most destructive industries on the planet in terms of habitat destruction, pollution, and social injustice. Modern industrial civilization is fully dependent on mining, and as an organization dedicated to dismantling industrial civilization, we oppose and will fight all industrial mining activities. We put the planet first.

It starts with tiny deep-sea fragments — shark’s teeth or slivers of shell. Then, in a process thought to span millions of years, they get coated in layers of liquidized metal, eventually becoming solid, lumpy rocks that resemble burnt potatoes. These formations, known as polymetallic nodules, have caught the attention of international mining companies because of what they harbor: rich deposits of commercially sought-after minerals like cobalt, nickel, copper and manganese — the very metals that go into the batteries for renewable technologies like electric cars, wind turbines, and solar panels.

But while some experts say we must mine the deep sea to combat climate change, others warn against it, saying we know too little about the damage that seabed mining would cause to the ocean’s life-sustaining properties.

Actual extraction has yet to begin, but in June 2021, the small Pacific island country of Nauru pushed the world closer to this possibility by notifying the International Seabed Authority — the intergovernmental body that oversees mining in international waters — that it had triggered a two-year rule in the United Nations Convention on the Law of the Sea (UNCLOS). This rule would theoretically allow it to start mining in June 2023 under whatever mining rules are in place by then. Nauru itself doesn’t have a mining company with this interest, but it sponsors a subsidiary of Canada-based and U.S.-listed The Metals Company.

Since then, the ISA has been working to negotiate a set of regulations that would allow it to follow the two-year rule. But at the latest set of meetings that took place between July 4 and Aug. 4 in Kingston, Jamaica, progress on the mining code appears to have stalled, observers reported.

“Overall, the feeling in the room is that there’s now a majority of states that are recognizing that it’s unrealistic, unachievable, and would be highly irresponsible,” Emma Wilson, a conservation expert who attended the recent ISA meetings as a representative of the NGO OceanCare, told Mongabay.

Representatives from several countries, including Spain, Chile, New Zealand, Ecuador, Costa Rica, the Federated States of Micronesia, and Trinidad and Tobago, made the case that the mining regulations shouldn’t be rushed to meet the obligations of the two-year rule. Spain’s representative, for instance, said that “as a precaution, the time has come to take a break,” while Costa Rica’s representative said “because we are responsible for the Common Heritage of Humankind, for our peoples and for future generations, we must act with caution.” (The UNCLOS defines the seabed and its resources as “the common heritage of mankind.”)

However, other countries, such Australia, the U.K., Tonga, and Nauru itself, took the position that regulations should be approved without delay. Tonga’s representative said the nation stood “ready to support work of Authority and relevant bodies especially for completion of regulatory frameworks in [a] timely fashion while assuring due diligence where appropriate.” Even France stated that it was committed to adopting “a legal framework with rigorous environmental protections to ensure that harm to ecosystems in the marine environment is minimized.” This position seemed to be in contrast to President Emmanuel Macron’s statement at the U.N. Ocean Conference in Lisbon at the end of June that “we have to create the legal framework to stop high seas mining and not to allow new activities that endanger ecosystems.”

“One thing that became very, very evident this week is that the ISA Secretariat is doing everything that it can to brush the conversation under the carpet about [whether] there is another possibility of not adopting the regulation,” Wilson said.

Mongabay previously reported on concerns about transparency at the recently concluded ISA meetings, including accusations that the ISA had restricted access to key information and hampered interactions between member states and civil society. Despite the many setbacks, Matt Gianni, a political and policy adviser for the Deep Sea Conservation Coalition (DSCC), told Mongabay that he was observing a change happening in the negotiations.

“There’s a broad recognition that unless something really surprising happens, these regulations are not only unlikely to be adopted by July 2023, but they’re probably not likely to be adopted for several years at least,” said Gianni, who attended the meetings as a representative of EarthWorks, an NGO that works to shield communities and the environment from the negative impacts of extractive activities.

Gianni added that the ISA council has also yet to agree upon the financial mechanisms under which mining could operate, which need to be put into place, in addition to the regulations, before the ISA can issue exploitation licenses. However, he said it’s still unclear whether deep-sea mining will officially be stalled.

“It’s a bit like the Titanic,” Gianni said. “We’re starting to see the rivets popping and the thing is slowly starting to turn. But is it going to miss the iceberg and head in the direction of protecting the marine environment? That’s still an open question.” White sponge with brown crinoids, pink brittle stars, and a pink crinoid in the lower right. 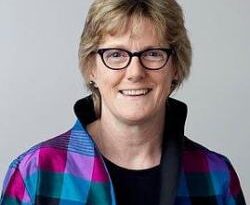 How Brazil Is Saving The World From A Catastrophic Food Crisis 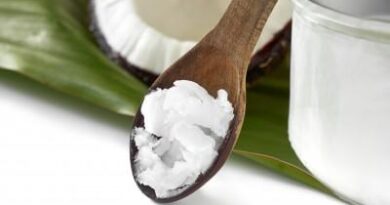