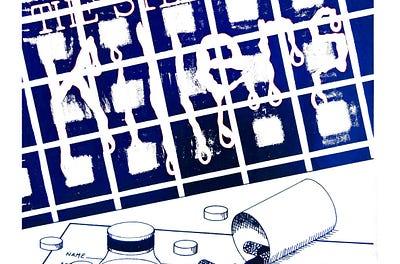 At a health symposium in Davenport Iowa on November 15, 1967, Dr. J. Anthony Morris reported that there were three major medical mistakes made in the development, use, and government regulation of the measles vaccine.

The first mistake pertained to the dead measles vaccine. (There are two types of measles vaccine, dead virus and living virus. This can be confusing because viruses are not living things. They are called “live” if the virus can be copied in the body. They are “dead” or “killed” or “replication defective” if they cannot be copied in the body.) In 1963, the dead virus vaccine was prepared by the precipitation of the virus particle using alum. Alum is an aluminum hydroxide gel that is used as an adjuvant. When it is used, it will hypersensitize the person who is injected. This was known since 1913, and the use of alum is only justified when you are trying to protect someone from a disease that will result in death. Yet this vaccine was permitted to be marketed in 1963. By 1965, physicians noted that children who were injected were manifesting “atypical measles”, far more severe than the measles nonvaccinated kids get. https://pubmed.ncbi.nlm.nih.gov/7468641/

Thanks for reading Dr.’s Newsletter! Subscribe for free to receive new posts and support my work.

The gist of the article is, kids who got injected with the killed or dead version became susceptible to atypical severe symptoms when they came in contact with the wild (naturally occurring) virus, or got injected with the “live” or attenuated version later. We now know that this is “pathogenic priming” or “antibody dependent enhancement” (ADE). The antibodies created from the antigens in the killed version are suboptimal and will make it easier for the real virus to infect cells. https://pubmed.ncbi.nlm.nih.gov/16912303/

The second mistake occurred with the “live” vaccine. In 1964, a study was done on African children to determine the effects of the live virus shot administered by itself compared to simultaneously injecting it with gamma globulins. https://www.ncbi.nlm.nih.gov/pmc/articles/PMC2554995/pdf/bullwho00290-0111.pdf Gamma globulins are antibodies that can neutralize the viruses in the shot. They discovered that healthy children when inoculated with the vaccine alone, got little or no adverse effects. However, when the vaccine alone was put into malnourished or debilitated children, measles symptoms showed up, sometimes severe. This was surprising to them, but it should not be to you because you understand that it is the condition of the immune system that determines if symptoms show up, not the presence of the virus. They recommended that the vaccine should not be administered by itself in that region due to the malnutrition and the immune suppression that was prevalent. There were less severe reactions when the immunoglobulins were administered simultaneously.

So, the accepted practice, even in developed countries like the United States continued to be the simultaneous injection of the attenuated virus in one arm along with gamma globulins that can neutralize it into the opposite arm. https://jamanetwork.com/journals/jama/article-abstract/1178441 Millions of children received the measles shot by this method, and parents were led to believe by official government statements, that their children would be “immunized” for life.

That procedure was a total failure, and many children injected by this method ended up getting measles symptoms as teenagers. If those teenagers had gotten measles naturally as children, it would have been a relatively minor disease with long lasting protection of infection and adaptive immunity. But measles later in life can be more serious. Remember, all these procedures were approved by the responsible government agencies whose job it was, supposedly, to protect you against unsafe ineffective vaccines.

The third major mistake was also associated with the “live” vaccine. One of the leading pediatricians in this country who served on many advisory commissions to the government concerning vaccines, advised the government that the time to administer live vaccines to children is before the age of 12 months. The government accepted this recommendation without investigation, and this procedure was permitted to be used up until December 1976.

It is now known that there are sufficient antibodies retained from the mother in infants of this age group to neutralize the vaccine. https://www.mayoclinic.org/drugs-supplements/measles-virus-vaccine-live-subcutaneous-route/description/drg-20064624 Millions of children inoculated by this method were therefore susceptible to measles later in life and came down with severe cases while in high school. This was a classic blunder of vaccine administration. How so? Antibodies and more importantly, the MEMORY to make antibodies are supposed to react to an infection if the cells of the innate immune system fail to stop the infection from happening. When you inject the viruses, you aren’t even giving the innate immune system a chance to react and learn, you are completely bypassing that “protection of infection layer”. The T-cells never get trained. The natural killer cells don’t get to sufficiently react because the virus is not coming through the epithelial layer naturally. So, in this scenario, the pre-existing inherited antibodies from the mother are going to react to the injected viruses and neutralize them. There is no training of T-cells, no T-cell memory, and no chance for B-cells to make their own antibodies and remember the antigens on the virus. The older child is completely susceptible. No protection of infection. No immune memory. No adaptive immunity either. When they figured this out, they stopped injecting children of that age group.

So, does injecting children after the age of 12 months prevent measles later? Proponents of measles vaccines want you to believe that reported cases of measles dropped significantly after the vaccine was introduced. They will even show you charts that supposedly prove it. It is important to know that the diagnostic methods to confirm measles cases changed at about the same time the measles vaccines rolled out. Serological testing for confirmation became routine during that time. Therefore, millions of cases that were reported as being measles prior to the shot, may not have been measles at all, but chickenpox, roseola, rubella, hand-foot-and-mouth disease, fifth disease, scarlet fever, toxic shock syndrome, an allergic reaction, or mononucleosis.

The shot does not prevent measles. Outbreaks of measles still happen in populations that were “vaccinated”. https://www.science.org/content/article/measles-outbreak-traced-fully-vaccinated-patient-first-time

What could possibly go wrong? Here is the link to the package insert for the MMR II vaccine made by Merck: https://www.fda.gov/media/75191/download Notice the warning that it should never be given to someone with immune deficiency, even a family history of immune deficiency. That’s because the shot contains complete viruses, capable of being copied and infecting other cells of the recipient and spreading to other vulnerable people. As discussed previously, there is no way to know for sure how viable the viruses are, nor how many are in each shot. It literally is a game of chance.

Notice the warnings about pregnancy. It should never be given to women who are pregnant, or plan to become pregnant within a month. Humans being humans, some women did get pregnant within a month after the shot. Unfortunately, some women were injected while they were pregnant, which is not supposed to happen. They were tracked. Look in section 8.1. Of the 425 pregnancies that were followed, there were 4 fetal deaths, 16 major birth defects, and 50 miscarriages.

Look at the adverse reactions in section 6. What do you want your child to have; red bumps and a fever for a few days – or some of those things listed like Guillain Barre Syndrome that are not even associated with a natural measles infection?

We’ve been injecting people long enough now that comparisons are being made between those who got natural measles infections as children, and those who were “vaccinated” as children. Some studies show less prevalence of cancer in people who were naturally infected as young children, but those studies are hotly contested by the pharmaceutical industry. This recent study concluded that measles and mumps, especially in the case of both infections, were associated with lower risks of mortality from atherosclerotic cardiovascular disease. https://pubmed.ncbi.nlm.nih.gov/26122188/ Maybe grandma was right, childhood diseases are a necessary part of life.

Thanks for reading Dr.’s Newsletter! Subscribe for free to receive new posts and support my work.