In this interview, investigative journalist Whitney Webb discusses her book, “One Nation Under Blackmail: The Sordid Union Between Intelligence and Crime That Gave Rise to Jeffrey Epstein.” The book is so long, it was cut into two volumes. Volume 1 alone is 544 pages, but it’s a fascinating read and incredibly well-referenced.

When asked what drove or inspired her to become an investigative journalist and to write this tome, Webb reviews some of her personal history that made her question adults and authority in general and, more specifically, the systems that run our world, including health care and politics.

“I became acutely aware of a lot of these issues with health care and big pharma, environmental issues and political stuff … There’s just a lot of things you realize as you start to investigate, like how many people have been, for lack of a better word, screwed over, or had things robbed from them … their lives or their loved ones on the extreme end …

What I’ve noticed, especially over the past several years, is [how] dangerous people with power [target] children, to significant degrees … Really, these things cannot continue … More of us have to speak up. I felt that … knowing this stuff, I had to do something. Thankfully, for me, it eventually turned into a career, but it wasn’t planned.”

While COVID-19 took many by surprise, the globalist cabal has in fact, for decades, telegraphed that they were creating a New World Order, and even that one or more global pandemics might pave the way for this one world global governance. There were also signs that something was being planned to derail the 2020 elections in the U.S.

“I think some people were sort of anticipating something,” Webb says. “By late 2019 and in January 2020, I did a report titled something like, ‘How U.S. Intelligence Is Preparing the American Public for a Failed Election in 2020.’ This was before COVID, [but] it was basically clear that there was going to be some … push for this domestic terror agenda … and that there was going to be a lot of complications around 2020.

That stuff was out in the open by the end of 2019, and COVID [arrived] in January. You could sort of see that something was going on there, but it wasn’t quite clear the extent of what was going to go on. I think some people were anticipating some sort of 9/11 2.0, but it ended up being a biosecurity 9/11.”

Webb’s book, “One Nation Under Blackmail,” is an essential primer that provides the framework to understand not just the role and function of Jeffrey Epstein, but also, more broadly, the mess we’re now finding us in. She goes back almost 100 years, to World War II, detailing the connections between the intelligence community in the United States and organized crime, and how the web of corruption grew from there. As explained by Webb:

“The mafia and the mob were professional criminals. Their businesses were basically rackets of illegal activity, most often sex trafficking or prostitution and drug smuggling, and, obviously, those activities necessitate a lot of financial crimes like money laundering, among other things, in order to expand and maintain those rackets.

That’s basically what organized crime is in a nutshell. You have someone like Epstein, who’s the focus of Volume 2 of the book, ‘Down the Line,’ who’s engaging in sex trafficking. But he was also involved in arms trafficking and money laundering to a significant degree — the same rackets of organized crime going back to the ’20s and ’30s.

One theme throughout the book is the different areas and scandals where U.S. and Israeli intelligence have cooperated in the expansion of these rackets — things like Iran Contra, for example, which is probably an accessible scandal to a lot of people.

It was a lot more extensive than just arms for hostages’ situation. At the end of the day, it was an arms trafficking and drug trafficking situation, with the idea of financing secret wars around the globe with a focus on the Contras in Nicaragua, but also elsewhere …

And as I point out in the book, the fusion of organized crime and intelligence became formalized in World War II in something that’s known as Operation Underworld, where the office of Naval intelligence with the CIA’s precursor, the OSS [Office of Strategic Services], formally aligned themselves with the New York mob — what was at the time referred to as the National Crime Syndicate, which was basically a merger of the Jewish mob and the Italian mafia.

The origin of the CIA (Central Intelligence Agency) was the Coordinator of Information Office, which became the Office of Strategic Services (OSS) under the direction of William Donovan during World War II. The OSS coordinated espionage activities for all branches of the armed forces. In 1947, networks developed as part of the OSS became what we now know as the CIA. It basically centralized all these intelligence networks into one.

“The main theme of the book, in keeping with Jeffrey Epstein, is to show how sexual blackmail is something that was used by organized crime even before U.S. intelligence existed. They then get together and essentially start cooperating in a lot of these rackets, things like sex trafficking, arms trafficking, drug trafficking. They sort of fuse together and have this symbiotic relationship.

One of the ways they protect those rackets and expand them is by compromising powerful people … I’m basically tracing the continuity of those activities, and a lot of these same financial crimes, well beyond when these groups first came together. I point to numerous examples of the same groups and the same people from then, through the ’50s, the ’60s, the ’70s and into the ’80s.

People are aware that there was a point where organized crime was known to have had a lot of influence, clout and power in the United States. And unfortunately, people had been brainwashed to believe that it’s gone, and that’s not what happened.

Instead, sexual blackmail took over our law enforcement agencies at a very early stage with the blackmail of Jay Edgar Hoover, who himself was also very into blackmail and blackmailed other people.

Essentially, what this boils down to is that this is control of information, access to privileged information and the weaponization of information. That’s sort of what blackmail is in a sense … At this very early stage, you had the head of law enforcement of the FBI completely compromised by organized crime.

And he refused to go after organized crime pretty much the whole time he was FBI director, which he was for the majority of the 20th century.”

The ‘Tough on Crime’ Charade

One really important point Webb covers in her book is that while it may appear as though organized crime is being combated, this is rarely ever the case. Stories of cracking down on organized crime are cover stories to hide what’s really happening, which is the consolidation of organized crime territories. Webb explains:

“Basically, the people that are most powerful, especially the organized criminals in bed with intelligence, they have state protection, in a sense, of their rackets, so that is a huge boon for them. And they can weaponize it through their influence and power over the CIA and groups like that … and have their competition taken out.

This is something that’s been going on for a very long time. One early example I give in the book is Thomas Dewey. He was governor of New York and a contender for U.S. president at one point, but he became famous as a prosecutor of organized crime, and he was actually involved in Operation Underworld, which was the alliance of intelligence and organized crime.

He later became a business partner of the mob himself by the ’50s and ’60s. Another politician that also became tied with organized crime was William O’Dwyer. He was mayor of New York for an extended period of time. [Dewey and O’Dwyer] were prosecuting a mobster and they were praised in the media as being tough on crime.

But really, that particular mobster they were going after, Lepke Buchalter, had basically been consigned to death by all the other guys in the mob. They wanted him out. So, he was sold out and they took over his territory. But these prosecutors were praised as tough on crime and they were elected on this tough on crime image, but really, they’re in bed with organized crime.

You see this with someone like Rudolph Giuliani decades later in the 1980s. He’s prosecuting Italian organized crime, but becoming very close to other sides of the National Crime Syndicate as it existed in that period.

He’s consolidating territory by only going after certain mobsters whose time had essentially already set. And then he has this ‘tough on crime’ image that he uses to build his political career, while still having these alliances behind closed doors. This is a recurring theme …

Harry Truman made O’Dwyer U.S. ambassador to Mexico to shield him from criminal charges related to organized crime activity of the mayor’s office. He later had to testify to the Senate Committee on Organized Crime, the Kefauver Committee, and was basically guilty as sin.

But Harry Truman had stepped in, because at that point, the Democratic Party, especially the New York Democratic Party … was completely built on the system of unsavory alliances, and that’s just the nature of power.”

If we’ve learned anything these past couple of years, it’s that things are not always as they appear to be. Thankfully, we have people like Webb to help us understand what’s really going on.

Where’s All the Money Going?

Naturally, massive amounts of revenue are generated through these organized crime activities. Where is it all going? What’s it used for? Originally, intelligence agencies sought ways to finance secret wars, off the books, and cooperating with the crime syndicate allowed for the amassing of black funds. 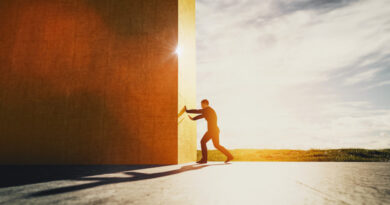 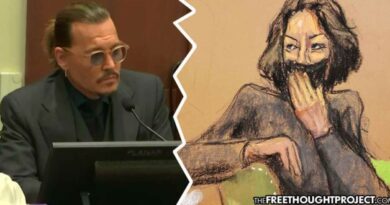 If Ghislaine Maxwell Got the Same Coverage as Johnny Depp, Epstein’s Clients Would Be in Jail Already 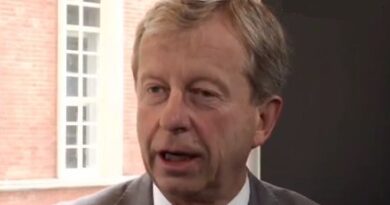 Gold’s Rise Is Just a Recession Away