Vaccine safety protocols are deplorable. There exists no independent verification that vaccines are safe before distribution to children.

Last week, at the 72nd session of the WHO Regional Committee for Europe, the World Health Organisation (“WHO”) began the push for countries to reach 90% national HPV vaccination coverage by 2030 to be on track to meet WHO’s elimination goal of cervical cancer.

WHO set out a ‘Roadmap to accelerate the elimination of cervical cancer as a public health problem in the WHO European Region 2022-2030’ which outlines core principles, strategic shifts and priority actions to guide member states in reaching the 2030 targets – the “90-70-90 targets” – set by the global strategy for cervical cancer elimination.

Well, the average age of a woman who gets cervical cancer is 50 but they tested the vaccine on women aged 16 to 26. They would have to wait decades to find out how many of them never got cervical cancer.

So, we’re injecting our kids with something that has never proven to be safe and is about 30 years away from finding out if it’s even effective.

Children’s Health Defense produced and published a comprehensive and interesting resource for parents and families about childhood vaccines. In short, less than two-minute video chapters they detail and provide sources for the evidence that our children have been vaccine guinea pigs for decades:

These are just a few of the highlights from this informative series. It is imperative that parents do their due diligence before giving injections to their children.

Although this video series and Dr. Joseph Mercola’s article that follows it focus on vaccines administered in the USA, it is worth considering if similar is happening in the country where you live.

Click on the image below to watch the video on Children’s Health Defence.

Children’s Health Defense (CHD)1 produced and published a comprehensive and interesting resource for parents and families about childhood vaccines. While many people are currently focused on an experimental jab using genetic material, the CHD presents documented evidence in “Vaccine Secrets,” some of it from the federal government, that our children have been vaccine guinea pigs for decades.

They present the data in short “chapter” videos that are less than two minutes each — or, if you prefer, you can watch the whole video in less than 25 minutes. In it, you’ll find answers to more than a dozen questions about the vaccines your child gets that may very well surprise, if not shock, you.

First, a Bit of Background

The first U.S. shots for Covid-19 were given in December 2020 to health care workers in New York.2 In the short 20 months that followed, a lot has been learned about the jabs and the adverse effects that have devastated those who have taken them.

The sheer number of adults and children affected is dramatically higher than in any year since the vaccine adverse event reporting system (VAERS) began recording events in 1990.3

As of August 12, 2022, there have been over 1.3 million adverse event reports after the Covid injection,4 including over 30,000 deaths and over 56,000 individuals who are now permanently disabled. The pandemic has demonstrated that many physicians were unaware of the existence of VAERS, which is co-managed by the CDC and FDA.5

In the past, the system’s intended use had been to detect “unusual or unexpected patterns of adverse event reporting that might indicate a possible safety problem with a vaccine.”6

However, it’s apparent as the FDA, CDC and other public health agencies ignore the number of reports following the COVD jab, that the system may be recording damage, but the public health officials are ignoring it.

As you consider the documented evidence presented by the CHD, it begs the question — since the damage and devastation from the Covid shot is obviously being ignored by public health officials, how long have they been ignoring vaccine damage in our most vulnerable? According to CHD and the National Vaccine Information Center (NVIC), it’s been going on for decades.

But, according to CHD,8 that vaccine schedule includes 50 shots by age 6 and 69 shots by age 18. When you add all the antigens — the weakened or inactive microbes of the diseases that trigger an immune response9 — to the adjuvants — foreign substances added to a vaccine to help the antigens create a stronger immune response10 — you have a staggering amount of foreign substances being pumped into your child over a very relatively short period of time.

As CHD points out, some children appear able to handle this, but many do not, which leads to another factor: how vaccine safety is tested and proved. Unfortunately, while you may think that independent research tests and supports safety, this is not true. Actually, that’s all done by the vaccine manufacturers themselves. According to the FDA:11

Before the FDA licenses (approves) a vaccine, the vaccine is tested extensively by its manufacturer. FDA scientists and medical professionals carefully evaluate all the available information about the vaccine to determine its safety and effectiveness.

When you read the last line, you’ll notice they evaluate “all available information.” As the CHD points out, this does not include all the information from testing. Let’s consider the current release of Pfizer documents that were used to approve Comirnaty, the Pfizer Covid-19 injection.12

Operation Rescue13 reported the data revealed that 270 pregnant women were vaccinated and a large percentage — 238 (88%) — of those were not followed up. This lack of follow-up is concerning since the data also showed that 124 of the 270 had some adverse reaction to the shot; 75 were serious and 49 were nonserious.

The outcome of only 34 pregnancies was recorded and 28 of those babies died in utero or at birth. Of the 34 pregnancies only one was recorded as normal and five were recorded in Pfizer data as “pending.”14 This is the data that the FDA used to determine that the shot was “safe” for pregnant women. Yet, the data show that from 82% to 97% of the documented outcomes resulted in death.

This demonstrates that even when the FDA has the data, the results of the analysis that leads to the statement “safe and effective”15 are questionable. When the FDA approves shots based on this flawed data, you must ask yourself how bad are the data Big Pharma is hiding?

Vaccines Do Not Reliably Prevent Disease, but Do Spread It

Another point the CHD makes is that data demonstrate that vaccines do not reliably prevent disease. Not only that, vaccinated people can and do spread the diseases against which they’re vaccinated. If you need a current example, consider the Covid shot, which the CDC acknowledged is not effective for disease prevention:16

CDC’s Covid-19 prevention recommendations no longer differentiate based on a person’s vaccination status because breakthrough infections occur, though they are generally mild, and persons who have had Covid-19 but are not vaccinated have some degree of protection against severe illness from their previous infection.

Unfortunately, although vaccines are supposed to protect vulnerable people, those who receive certain vaccines can spread the diseases in a process called shedding. According to the CDC,19 individuals given a live attenuated influenza vaccine can shed the virus and spread the illness.

The CHD20 also notes other viruses that can shed or spread after vaccination include measles, rubella, chickenpox, rotavirus and shingles.

Disease Decline Not Related to Vaccines

Probably just as important as the fact that the vaccines are not always safe, do not always protect against the disease and may cause shedding and spreading of the illness, is that government data show the vaccine program does not deserve the credit for alleviating problems in the U.S. against contagious diseases.

In fact, when you look at the data, it’s apparent that public health experts have lied about the importance of the vaccine program. As demonstrated by CHD, data from the National Vital Statistics System (NVSS),21 which is overseen by the CDC, unequivocally show that improvements in hygiene and clean drinking water triggered the decline in mortality from these diseases before the vaccines were even introduced.

In 2022, Fortune Business Insights23 released data from 2020 and estimated the global vaccine market at $55.44 billion before Covid-19 shots were introduced. They then projected the market would grow to $61.04 billion in 2021 and $125.49 billion by 2028 with an estimated compound annual growth rate of 10.8%, the largest contributor of which would be the Covid-19 shot. The market analysis called this “stellar growth.”

In March 202124 Pfizer reported they expected sales of the Covid injection to total $15 billion by the end of the year with a profit margin of 30%. However, by 2022 they had far exceeded expectations. According to Poynter,25 Moderna reported first-quarter earnings in 2022 that were more than triple the same period the last year, earning $5.9 billion in just one quarter.

This was dwarfed by Pfizer’s first quarter earnings in 2022 which grew 77% to more than $25 billion compared to the same period in the previous year. According to CNBC,26 this growth was driven by $13.2 billion in sales of the Covid shot in one quarter, compared to the $15 billion in annual sales they “estimated” for 2021.

The CHD27 points out that in one year Merck sold $3.15 billion worth of Gardasil. Fierce Pharma28 reported sales of Gardasil increased by 31% in the first quarter of 2019 after launching the product in China. Merck executives called this “unprecedented.”

Note that Gardasil has yet to demonstrate that it’s prevented a single case of cancer. Why? To prove its effectiveness against cancer, Merck would have had to wait roughly 35 years — or more — between giving the shot to young females and age 50, when the average woman develops cervical cancer. But they didn’t do that because, they said, “studying cancer itself isn’t feasible, because it takes too long.”29

When you understand that Merck having to wait 35 years for a true efficacy finding would cost $3 billion a year in sales over that 35 years, or about $105 billion total, it becomes plain that it’s all about the money, not safety or efficacy. Who says vaccines aren’t big business?

The CHD also notes the revolving door between health authorities and Big Pharma. Dr. Julie Gerberding was the director of the CDC when Gardasil was approved. The CHD writes:30

Her move from the CDC to Merck significantly increased her income. Apparently, she went from about $172,000 in salary to around $25 million in compensation from stock sales at Merck and CERN. Vaccines make billions of dollars for corporations and millions of dollars for some lucky insiders. If they weren’t such “gravy trains” do you really think they would be pushed so hard?

These are just a few of the highlights from this incredibly informative video. You also discover what the pharmaceutical industry uses for their control in testing vaccines in children — and it isn’t a placebo. The CHD also discusses the many dangerous ingredients that are included in manufacturing vaccines, including bird virus and pig virus fragments.

Additionally, they discuss the pitiful compensation process and remuneration that victims receive after being injured — if they are among the lucky few whose injuries are compensated. What this all shows is how imperative it is for parents to do their due diligence before going along with a paediatrician’s advice to inject their child with 69 shots before they are aged 18.

You can stay up to date with the latest legislative activities in your state when you sign up for the NVIC advocacy portal. You can also learn more about what’s happening in children’s health through The Defender, the free newsletter from the Children’s Health Defense.

You can find an archive of Dr. Mercola’s articles on Substack HERE. 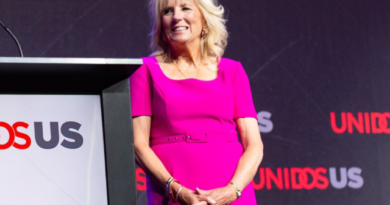 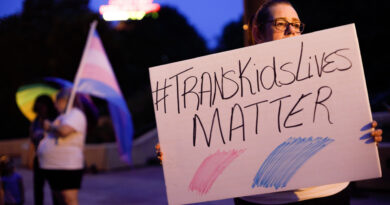