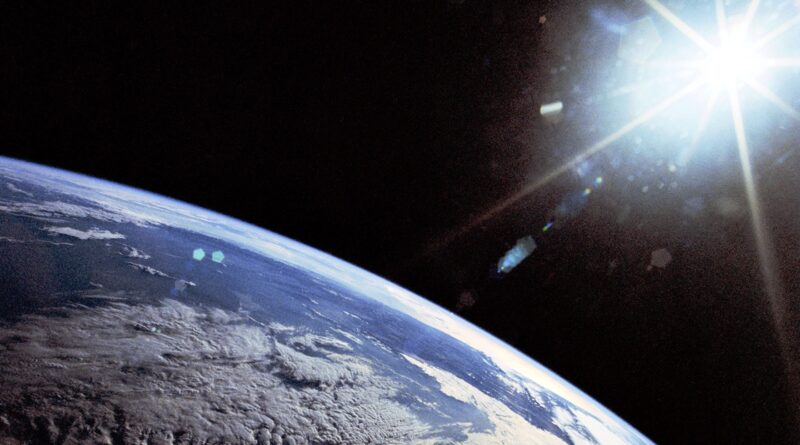 The following excerpt is taken from:

Abstract
The emphasis on a false climate crisis is becoming a tragedy for modern civilization, which depends on reliable, economic, and environmentally viable energy. [bold, links added]

The windmills, solar panels, and backup batteries have none of these qualities. This falsehood is pushed by a powerful lobby which Bjorn Lomborg has called a climate industrial complex, comprising some scientists, most media, industrialists, and legislators.

It has somehow managed to convince many that CO2 in the atmosphere, a gas necessary for life on earth, one which we exhale with every breath, is an environmental poison. Multiple scientific theories and measurements show that there is no climate crisis.

Radiation forcing calculations by both skeptics and believers show that the carbon dioxide radiation forcing is about 0.3% of the incident radiation, far less than other effects on climate.

Over the period of human civilization, the temperature has oscillated between quite a few warm and cold periods, with many of the warm periods being warmer than today.

During geological times, it and the carbon dioxide levels have been all over the place with no correlation between them.

Modern civilization needs energy. Before fossil fuels became widely used, this energy was provided by people and animals. Because this constituted so little energy, civilization was a thin veneer atop a vast mountain of human squalor and misery, a veneer maintained by such institutions as slavery, colonialism, and tyranny.

Fossil fuel has extended the benefits of modern civilization to billions, but its job, in this respect, is not yet complete, there are still billions on earth who derive very little benefit from this power source, and billions more who derive only minimal benefits. To spread the benefits of modern civilization to the entire human family would require much more energy, as well as newer sources of energy.

Thirty years ago, one could envision the spread of fossil fuel, to be gradually replaced by nuclear energy, to be fueled at first by mined uranium, and then by breeding fissile material, either by nuclear fission or nuclear fusion; and possibly even by fusion itself.

This author has published two papers very recently on this very topic, one in this journal (Manheimer 2022 a), and one in the American Nuclear Society’s journal Fusion Science and Technology, a special issue on “Wide-range and exotic applications of fusion technology” (Manheimer 2022 b).

However, thirty years ago, a gigantic monkey wrench was thrown into this plan. This is the fear that the continued burning of fossil fuels would put too much CO2 into the earth’s atmosphere and cause possibly catastrophic climate change in a short time, a decade or two.

Based on this fear, the Western world is in the process of switching its power source to wind and solar, with battery backups for times when there is no wind or solar.

Accordingly, this author has investigated the motivating factor for the wind and solar transition, namely the fear of CO2 induced by climate change. In a single sentence, this fear is vastly overblown.

There is certainly no scientific basis for expecting a climate crisis from too much CO2 in the atmosphere in the next century or so. Hence there is no reason why civilization cannot advance using both fossil fuel power and nuclear power, gradually shifting to more and more nuclear power.

With very little evidence to back them up, many sources have asserted that regarding climate change, ‘the science is settled’; there is no need for its believers to debate those skeptical of it.

For instance in his Dec 30, 2018 show Meet the Press, devoted to climate change, the moderator Chuck Todd said: “We’re not going to debate climate change, the existence of it. The Earth is getting hotter. And human activity is a major cause, period. We’re not going to give time to climate deniers. The science is settled, even if political opinion is not.”

Of course, Chuck Todd is not a scientist but presumably has spoken to some. But has he ever spoken to Richard Lindzen, Roy Spencer, Will Happer, Patrick Moore, Judith Curry…….? These are scientists with impeccable reputations and expertise who would give him a very different viewpoint.

Unlike Chuck Todd, this paper will not describe the combatants with the pejorative terms ‘deniers’ or ‘alarmists’; but will use the more neutral terms ‘skeptics’ and ‘believers’. This paper will present counterarguments to those of the believers.

There is a tremendous amount of data backing this up. Of course, climate science is a vast field, involving physics, chemistry, biology, earth science, astronomy, agriculture, manufacturing… No one person can possibly master all of it. In fact, this author would dispute that anyone can call himself a ‘climate scientist’.

Accordingly, this paper can hardly do a complete job. However, it does give a glimpse of the vast amount of data and theory disputing that we are in anything like a climate crisis.

To begin, one of this era’s leading physicists, Steven Koonin (Koonin 2021) has recently published a book entitled Unsettled, giving it that name presumably to mock the claims of believers that ‘the science is settled’. In it, he gives many reasons for uncertainty and doubt of an impending ‘climate crisis.’

Also, two of the world’s leading environmentalists, Patrick Moore (Moore) and Michael Shellenberger (Shellenberger) have also written books recently disputing that the added CO2 in the atmosphere is causing a climate crisis.

Of course, there is the classic by H.H. Lamb (Lamb), often regarded as the father of climate science. The effect of CO2 on climate does not even appear in his book (issued in 1995) until page 330, hardly a confirmation that he saw it as the main knob controlling the earth’s temperature.

Perhaps one of the best statements used to cast doubt on an approaching climate crisis is by Richard Lindzen, perhaps the world’s leading authority on geological fluid motions:

“What historians will definitely wonder about in future centuries is how deeply flawed logic, obscured by shrewd and unrelenting propaganda, actually enabled a coalition of powerful special interests to convince nearly everyone in the world that CO2 from human industry was a dangerous, planet-destroying toxin. It will be remembered as the greatest mass delusion in the history of the world- that CO2, the life of plants, was considered for a time to be a deadly poison.”

Lindzen is definitely right about one thing, there is now certainly ‘a coalition of powerful special interests to convince nearly everyone in the world that CO2 from human industry was a dangerous, planet-destroying toxin’.

Bjorn Lomborg has described this coalition as ‘The climate industrial complex’ (Lomborg).

The tight relationship between the groups echoes the relationship among weapons makers, researchers, and the U.S. military during the Cold War. President Dwight Eisenhower famously warned about the might of the “military-industrial complex,” cautioning that “the potential for the disastrous rise of misplaced power exists and will persist.”

He worried that “there is a recurring temptation to feel that some spectacular and costly action could become the miraculous solution to all current difficulties.”

This is certainly true of climate change. We are told that very expensive carbon regulations are the only way to respond to global warming, despite ample evidence that this approach does not pass a basic cost-benefit test.

We must ask whether a “climate-industrial complex” is emerging, pressing taxpayers to fork over money to please those who stand to gain.

The partnership among self-interested businesses, grandstanding politicians, and alarmist campaigners truly is an unholy alliance. The climate-industrial complex does not promote discussion on how to overcome this challenge in a way that will be best for everybody. We should not be surprised or impressed that those who stand to make a profit are among the loudest calling for politicians to act.

This author is a scientist with over 50 years of experience. Accordingly, he has looked at the data as an experienced scientist, but not a ‘climate scientist’, and has concluded that Lindzen, Lomborg, and many, many others are indeed correct.

In fact, CO2 is necessary for life on this planet. So far, the main effect of the added CO2 in the atmosphere has been to increase the greening of the earth (CO2 coalition) as CO2 is a vital plant food.

Without atmospheric CO2, the Earth would be a dead planet. Few believers seem cognizant of this undeniable fact. Can they answer a simple question: What do they think is the optimum level of atmospheric CO2 and why?

In fact, those believers in a fast-approaching climate crisis seem, in the opinion of this author, to be more like members of a religious cult than practicing, skeptical scientists.

Furthermore, as pointed out, modern civilization depends on energy. Right now, we have reasonable energy infrastructure and the possibility of converting to much more nuclear power in the coming decades.

If we dismantle our existing power infrastructure and convert to solar and wind, and solar and wind fail, as they will, it will be the end of modern civilization. It would be especially tragic when not only will this new infrastructure fail but will cost trillions, trash large portions of the environment, and be entirely unnecessary. The stakes are enormous.

Section II describes the main tall poles of the climate industrial complex, if you will. Section III describes a few of the many predictions of climate crisis believers, predictions that time has proven erroneous.

Section V discusses evidence of climate change over the period of human civilization, the past 10,000 years. Section VI discusses the climate during geological times, and Section VII discusses a simple way for anyone, anywhere, at any time to check out the predictions of a particular potential catastrophe, for instance increasing frequency and severity of tornados. Finally, Section VIII draws conclusions.

You can access the complete version of “While the Climate Always Has and Always Will Change, There Is no Climate Crisis“, published by the Journal of Sustainable Development here and then click on PDF.

The Coming Crash Of The Climate Cult 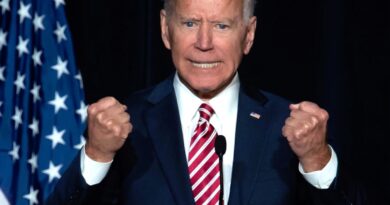 By The Dems’ Standards, Biden Just Committed An Impeachable Offense 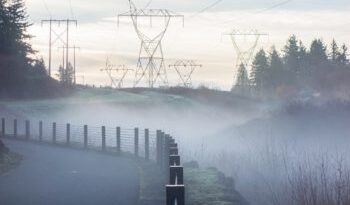