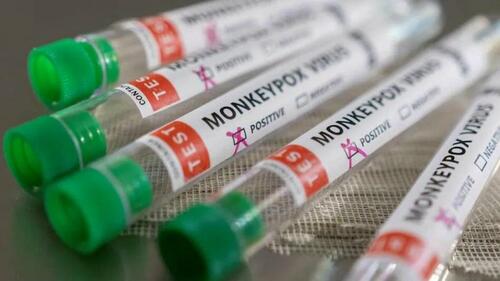 China has just confirmed its first case on monkeypox, and has an ‘unusual’ public health warning for its citizens (who remain in and out of ZeroCOVID lockdowns anyway): Don’t touch foreigners!

“To prevent possible monkeypox infection and as part of our healthy lifestyle, it is recommended that 1) you do not have direct skin-to-skin contact with foreigners,” Wu Zunyou, chief epidemiologist at the China Center for Disease Control and Prevention posted on his official Weibo page on Saturday.

Wu proudly proclaimed that the country’s COVID restrictions and tight border controls had thus far prevented the spread of monkeypox, until a case “slipped through the net.”

That case was detected in the southwest municipality of Chongqing. CNN reports that an “international arrival” was under mandatory Covid-19 quarantine when the infection was discovered, according to local authorities.

Reuters reports that the infected person was a 29-year-old Chinese national who flew to Chongqing on Sept. 14 from Spain, the Center for Disease Control said later.

While some were open to Wu’s advice, others found it inflammatory and discriminative.

“It’s good to open the country’s door, but we can’t just let everything in,” one Weibo user wrote.

Several drew parallels to the wave of xenophobia and violence Asians overseas faced at the start of the COVID-19 pandemic... and don’t call it “Wuhan Flu”!

“This is a bit like when the pandemic began when some people overseas avoided any Chinese people they saw out of fear,” a Weibo user wrote.

“I don’t believe these two things have any scientific basis, they are too broad and will exacerbate public panic.”

Where is the uproar from global progressives proclaiming this warning as disgustingly bigoted, xenophobic, racist, and homophobic?

Remember, it’s not racist when ‘they’ do it… and never, ever, criticize China!

However, they have also urged continued vigilance, with some experts highlighting the need for “strict surveillance” and countermeasures, according to Global Times.