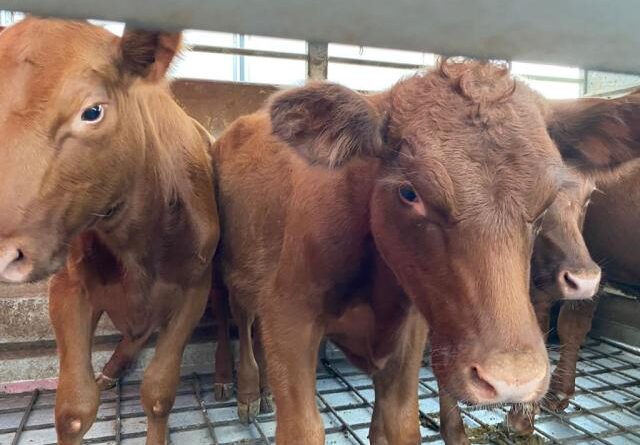 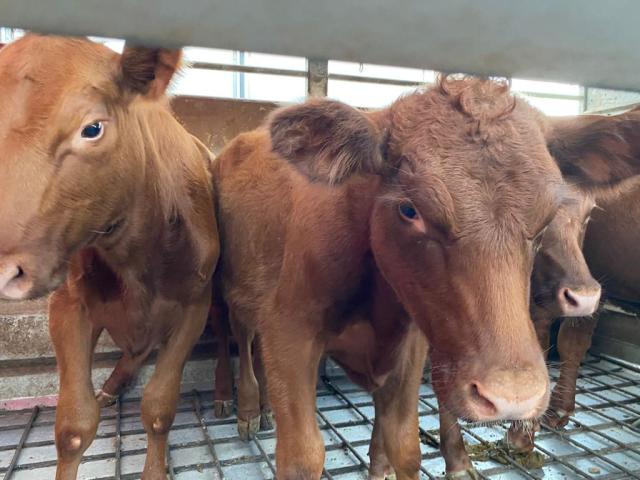 A major prophetic event just happened, and hardly anyone in the United States is talking about it.  In recent years a group of western Christians known as Boneh Israel has been working with officials from the Temple Institute to search for a perfect red heifer.  A red heifer is necessary if Temple sacrifices are to be reinstituted, but one hasn’t been seen in Israel for more than 2,000 years.  This is something that I have written about a few times over the years, because it directly relates to end times prophecies.  For a long time, the search for a perfect red heifer seemed to be going nowhere, but now all of that has changed.  On September 15th, five perfect red heifers from the United States landed at Ben Gurion Airport.  The following comes from the official website of the Temple Institute…

On Thursday, September 15, 2022, 5 PM, 5 perfect, unblemished red heifers arrived in Israel from the USA. A modest ceremony was held at the unloading bay of the cargo terminal at Ben Gurion airport, where the new arrivals were greeted and speeches were made by the incredible people who have put their hearts and souls and means into making this historic/prophetic day become a reality.

You can actually see video footage of these red heifers arriving right here.

It would be difficult to overstate the prophetic importance of this event.  In Numbers 19:1-10, we read about the very first time that the ashes of a red heifer were used…

And the Lord spake unto Moses and unto Aaron, saying,

2 This is the ordinance of the law which the Lord hath commanded, saying, Speak unto the children of Israel, that they bring thee a red heifer without spot, wherein is no blemish, and upon which never came yoke:

3 And ye shall give her unto Eleazar the priest, that he may bring her forth without the camp, and one shall slay her before his face:

4 And Eleazar the priest shall take of her blood with his finger, and sprinkle of her blood directly before the tabernacle of the congregation seven times:

5 And one shall burn the heifer in his sight; her skin, and her flesh, and her blood, with her dung, shall he burn:

6 And the priest shall take cedar wood, and hyssop, and scarlet, and cast it into the midst of the burning of the heifer.

9 And a man that is clean shall gather up the ashes of the heifer, and lay them up without the camp in a clean place, and it shall be kept for the congregation of the children of Israel for a water of separation: it is a purification for sin.

10 And he that gathereth the ashes of the heifer shall wash his clothes, and be unclean until the even: and it shall be unto the children of Israel, and unto the stranger that sojourneth among them, for a statute for ever.

If you would like to learn more about the prophetic significance of the red heifer and how it ties in with the death of our Lord and Savior Jesus Christ on the cross, please see this excellent teaching from Jim Staley.

For ages, we have been told that the ashes of a red heifer would be required before Temple sacrifices could be resumed in Jerusalem.

According to rabbis and leaders in the Orthodox community, these heifers could be used to reinstate many of the practices of the Jewish Temple in Jerusalem, even before the 3rd Temple is rebuilt.

Could it be possible that a tabernacle could be set up during the time that a new temple is being built?

That is certainly something to think about.

In any event, the stage is being set for the time when the Antichrist will step in and cause sacrifices to cease halfway through the Tribulation period.

The reason why it has been so difficult to locate an acceptable red heifer until just recently is because the requirements are so strict.

First of all, an acceptable red heifer had to be unblemished.

But here in the western world, we tag the ears of calves when they are born, and the tagging creates a blemish.

Fortunately, there was a rancher in Texas that was aware of this requirement and did not tag the ears of his calves when red heifers were born. 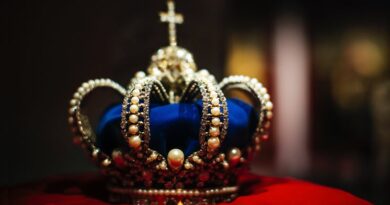