William Vogt, Paul Ehrlich, and the others were neo-Malthusians, arguing that population growth would cause our demise by exhausting our natural resources, leading to starvation and conflict.  But John Calhoun’s “Universe 25” experiments on rats and mice showed that overcrowding on its own could destroy a society before famine even got a chance.

Ecologists such as Vogt and Fairfield Osborn were cautioning that the growing population was putting pressure on food and other natural resources as early as 1948 and both published bestsellers on the subject.

Ehrlich published The Population Bomb, an alarmist work suggesting that the overcrowded world was about to be swept by famine and resource wars. After Ehrlich appeared on The Tonight Show with Johnny Carson in 1970, his book became a phenomenal success. By 1972, the issue reached its mainstream peak with the report of the Rockefeller Commission on US Population, which recommended that population growth be slowed or even reversed.

But while everyone was worried about a lack of resources, one behavioural researcher sought to answer a different question: what happens to society if all our appetites are catered for, and all our needs are met?

John Calhoun was an ethologist and animal behaviourist who had a long-standing interest in how rodents interact and create societies. In 1972, he detailed the specifications of his ‘Mortality-Inhibiting Environment for Mice’, a practical utopia built in the laboratory called Universe 25.  In these early crowding experiments, rats were supplied with everything they needed – except space. The result was a population boom, followed by such severe psychological disruption that the animals died off to extinction.

The take-home message was that crowding resulted in pathological behaviour – in rats and by extension in humans. This “behavioural sink” – the collapse in behaviour – was observed by Calhoun in a series of experiments on overcrowding he conducted.

In March 1947, Calhoun began a study of a colony of Norway rats as part of the Rodent Ecology Project at Johns Hopkins University.  This study was funded by a grant from the Rockefeller Foundation.  It ended in 1951 when he moved to Maryland and began working for the Walter Reed Army Medical Centre.  In 1954 he began working for the National Institutes of Health (“NIH”) where he remained for the next 33 years.

The US Army Signal Corps in cooperation with the US Public Health Service filmed Calhoun’s early experiments on Norway rats during the years 1947 to 1949. From these, in 1955 the US Army produced the short film below.

Click on the image below to watch the video on Rumble.

While working at NIH Calhoun began numerous experiments with rats and mice. He provided unlimited resources, such as water, food, and also protection from predators as well as from disease and weather. The rats were said to be in “rat utopia” or “mouse paradise.”

In 1972, he created his “Mortality-Inhibiting Environment for Mice.” In his most famous experiment in the series, “Universe 25”, the population peaked at 2,200 mice and thereafter exhibited a variety of abnormal, often destructive, behaviours including refusal to engage in courtship, females abandoning their young, and homosexuality. By the 600th day, the population was on its way to extinction. Though physically able to reproduce, the mice had lost the social skills required to mate.

After 315 days the mice’s reproduction began to slow. When the number of rodents reached 600 a hierarchy was formed the so-called “wretches” appeared. Once the wretch group was formed the larger rodents began to attack the group with the result that many wretch males began to “collapse” psychologically.  As a result, the females did not protect themselves and in turn, became aggressive towards their young.

As time went on, the females showed more and more aggressive behaviour, isolation elements and a lack of reproductive mood.  There was a low birth rate and, at the same time, an increase in mortality in younger rodents.

Then, a new class of male rodents appeared, the so-called “beautiful mice”. Calhoun would later muse on the reasons behind the rise of these “beautiful ones,” these mice which were healthy in appearance yet had died in spirit. Calhoun described them in more existential terms in a paper titled ‘Death Squared’:

He theorised that mice were in many respects like mankind and that in the absence of any tension, pressure, or stress they had lost their focus and sense of purpose and identity.

They refused to mate with the females or to “fight” for their space.  All they cared about was food and sleep. At one point, “beautiful males” and “isolated females” made up the majority of the population.

The “first death” was characterised by the loss of purpose in life beyond mere existence — no desire to mate, raise young or establish a role within society.

As time went on, juvenile mortality reached 100% and reproduction reached zero. On day 560, the population had reached its peak of 2,200 individuals which was well under Universe 25’s maximum capacity of 3,000. After day 600, there were few pregnancies and no surviving young.

Among the endangered mice, homosexuality emerged and at the same time cannibalism increased, even though there was plenty of food. Cannibalism, pan-sexualism and violence then became endemic. Mouse society had collapsed.

Two years after the start of the experiment, the last baby of the colony was born. By 1973, the last mouse in Universe 25 died.

John Calhoun repeated the same experiment 25 times and each time the result was the same.

If the video above is removed from YouTube, you can watch it on Bitchute HERE.

Are we are currently witnessing direct parallels in today’s society?  Weak, feminised men with little to no skills and no protection instincts, and overly agitated and aggressive females with no maternal instincts?

The Universe 25 experiment offers insight into the demise of humankind. The beautiful ones in particular show us that individuals will not assume a productive role in society if they do not have proper relationships or role models in the environment, in which they grow up. Additionally, if there exists no conflict, no danger, or no “work” to be done in a society, its inhabitants, like the beautiful ones, will ultimately lose their purpose in life.

Universe 25 is not a perfect parallel to humanity, Catherine Rasgaitis argued. “As a more sophisticated species, we have access to science, technology, and medicine which can help us prevent such a dystopia.”

Having witnessed events over the last couple of years – as more and more people become aware of the globalists’ dystopian plans using science, technology and medicine – perhaps Rasgaitis would argue differently today.

However, as to the question of whether the same could happen to humankind, for Calhoun, there was no doubt. No matter how sophisticated we considered ourselves to be, once the number of individuals capable of filling roles greatly exceeded the number of roles then:

Only violence and disruption of social organisation can follow … Individuals born under these circumstances will be so out of touch with reality as to be incapable even of alienation. Their most complex behaviours will become fragmented. Acquisition, creation and utilisation of ideas appropriate for life in a post-industrial cultural-conceptual-technological society will have been blocked.

Death Squared: The Explosive Growth and Demise of a Mouse Population, John B Calhoun, Proceedings of the Royal Society of Medicine Volume 66, January 1973 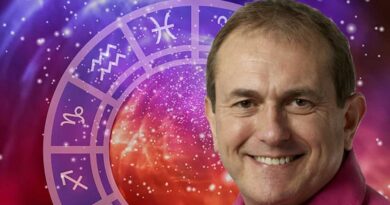