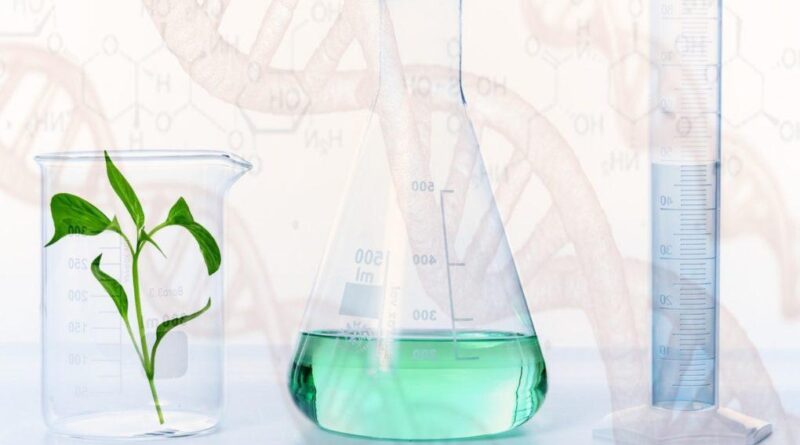 Over the past 30 years OCA and our allies across the world have fought hard against gene-spliced GMO foods and crops and the toxic pesticides and chemicals that always accompany them, exposing their dangers, limiting their market share, and in some countries bringing about mandatory bans (Mexico) and/or labeling and safety-testing. (USA and Europe)

But now Bill Gates, the gene-engineers, the World Economic Forum, and the Davos “Great Reset” technocrats and authoritarians, the folks who anticipated and profited off of COVID and the lockdowns, have a bold new plan to shove down our throats: get rid of animal agriculture, ranching, and small farms entirely. Make lab-engineered fake meat, fake milk, and fake cheese the new normal. Pretend they’re not genetically engineered and therefore they don’t have to be properly safety-tested and labeled. Divide and conquer vegans and carnivores, urban consumers and rural communities.  Drive into bankruptcy and off the land the billion ranchers, small farmers, and herdsmen/women around the world, who depend on raising animals and livestock for their survival.

The powerful Lab Meat and Lab Dairy lobby, funded by Bill Gates and a growing number of Silicon Valley tycoons, pay lip service to reducing the CO2, methane, and nitrous oxide emissions from factory farms, and rhetorically decry animal cruelty, but their highest priority seems to be undermining and destroying organic and regenerative farmers, especially those practicing holistic grazing and pasturing, those raising animals without glyphosate, neonics, GMO grains, or other chemical-intensive inputs.  Gates and the Great Resetters seem hell bent on establishing a new, unregulated monopoly of lab engineered (and of course patented) Frankenfoods. Tellingly enough the Big Meat giants (JBS, Cargill, Tyson, et al) and the Dairy Giants (Unilever and Nestle) are all now investing in fake meat and dairy as well, hedging their bets and diversifying their greed.

The cheerleaders and fake-hip entrepreneurs of Frankenfoods 2.0 claim their products are not really genetically engineered (a lie); that they are entirely plant-based (a lie); and that they are safe (the government allows these companies to self-declare their SynBio products as safe), nutritious (a lie), ethical (a lie), and basically equivalent to real meat and dairy (another lie).

As Organic Insider points out:

“In recent years, ‘animal-free’ dairy proteins have found their way into everything from ice cream to cream cheese to snack bars, but many shoppers, food manufacturers and retailers are unaware that these are actually unlabeled and unregulated GMOs. Further compounding the problem is that consumers may be misled into thinking that these products are ‘natural,’ which could potentially take market share away from the organic industry.”

“‘Companies call these things ‘synthetic biology’ and ‘fermentation technology,’ but these foods are all just GMOs,’ said Michael Hansen, Senior Staff Scientist at Consumer Reports. ‘They are using terms people do not understand, so that people will not realize these are GMO ingredients.’”

A recent poll in the UK indicates that 60% of consumers do not want to eat GE lab meat.

The cabal pushing lab meats and dairy, and their Monsanto/Bayer/Syngenta/ Dow/DuPont counterparts pushing pesticide-drenched, first generation GMOs (1.0), claim that organic farming and holistic grazing and the pasturing of animals are inefficient and even dangerous, and that in our Brave New World of gene-splicing, gene-editing, and so-called precision fermentation, only elite lab engineers, large corporations, and technocrats can feed the world and mitigate the environmental and climate crisis.

But in fact there is a growing body of evidence that these 21st Century Frankenfoods are neither safe nor nutritious. SynBio Frankenfoods are neither sustainable nor-plant based, nor by any stretch of the imagination equitable for family farmers, ranchers, and indigenous/traditional communities. SynBio foods are not properly safety-tested nor labeled. Indeed upon closer examination, looking at the official risk disclosures that publicly-traded SynBio manufacturers such as Ginko Bioworks are required to provide to investors, this new generation of GE foods pose a potentially catastrophic threat to our health, environment, and the livelihoods of the world’s three billion small farmers, ranchers, indigenous herders, and rural villagers.

“The release of genetically modified organisms or materials, whether inadvertent or purposeful, into uncontrolled environments could have unintended consequences… we cannot guarantee that these preventative measures will eliminate or reduce the risk of the domestic and global opportunities for the misuse or negligent use of our engineered cells materials, and organisms and production processes.”

Although there has been a small but longstanding resistance to Synthetic Biology, spearheaded by public interest non-governmental organizations (NGOs) such as ETC Group, Friends of the Earth, and the International Center for Technology Assessment, which we have supported in the past, OCA believes the time is ripe to build up a new, vastly expanded U.S. and global campaign of farmers and consumers to stop the Frankenfoods 2.0 fake meat, fake dairy onslaught.

Through mass public education, litigation, boycotts, and protests, the goal of this revitalized farmer/consumer campaign will be to drive these genetically engineered Frankenfoods (fake meat, fake milk, fake cheese) off the market, and, in the process, turn back the planned demolition of our organic and small farmer-based food and farming system by Bill Gates, the Rockefeller Foundation, Silicon Valley Big Meat, Big Dairy, and the Davos Crowd.