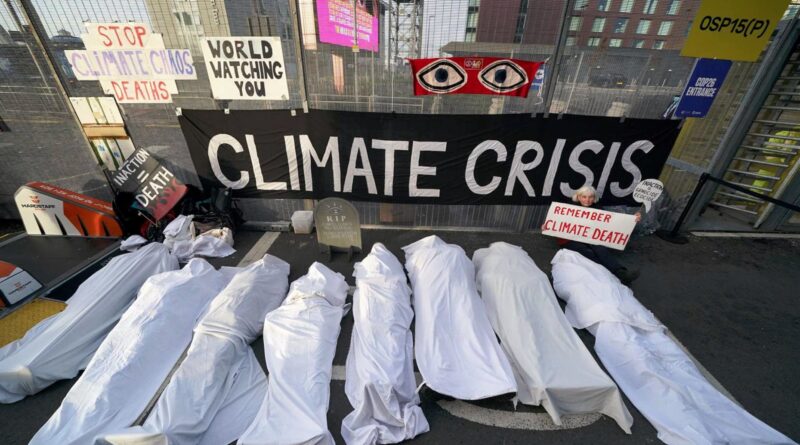 Today’s climate activists resemble nothing so much as a religious movement, with carbon the new devil’s spawn.

The green movement is increasingly wedded to a kind of carbon fundamentalism that is not only not realistic but will reduce living standards in the West and around the world.

And as with other kinds of religious fundamentalism, the climate hysteria is often overwrought and obviously so; a decade ago, the same activists predicted a planetary disaster by 2020 if the U.S. and China did not reduce their emissions by 80 percent—which of course never happened. [bold, links added]

This approach is a losing one that reduces the effectiveness of the green lobby. What’s needed to combat climate change is a pragmatic approach based on adapting to real and verifiable dangers.

And this starts with environmentalists acknowledging the limits of our ability to curb emissions in the short run. This is not to cede the fight. The reality is what we do in the West means increasingly little.

Today’s biggest emitters come from China, which already emits more GHG than the U.S. and the EU combined, while the fast growth in emissions comes increasingly from developing countries like India, now the world’s third-largest emitter.

These countries have developed a habit of blaming climate change on the West, then openly seeking to exempt themselves from net zero and other green goals.

And the West’s penchant for hyper-focusing on our own state or national emissions misses the reality of where the future problems are concentrated.

We aren’t just missing the forest for the trees, though. Under the green lobby’s current policies, our “war” against climate change is doomed to make things worse for most people, creating what economist Isabel Schnabel calls “greenflation.”

Higher prices for energy and food, worsened further by the war in Ukraine, are already forcing countries to adopt massive subsidies for food and gas.

In the developing world, billions now face immiseration, malnutrition, or starvation. And green targets of zero emissions only make this situation worse.

Residents of rich countries will also suffer from the rapid adoption of current green policies that are focused almost entirely on wind and solar. Germany, for example, suffered the highest electricity prices in the world before Russia’s war in Ukraine.

In California, residents pay up to 80 percent above the national average for power. Reliance on wind power has made even Texas’ grid vulnerable.

The real winners from green policies are not the birds and the bees but tech oligarchs, the uncompetitive U.S. auto industry, and Wall Street.

Given our limited ability to meaningfully reduce emissions, more attention should be placed on adapting, something we’re good at.

Since the beginning of the modern era, technology and science have been employed successfully to [adapt to] changes in temperature and precipitation.

In the 1700s, people dealt with a colder climate by planting potatoes, which thrive in cooler weather.

They also learned to use waterpower, wind, and most critically fossil fuels, which made life bearable in the icy cities of the north and, later, with air conditioning, in the brutally hot south.

The Netherlands, where catastrophic flooding in the sixteenth century prompted an extensive expansion of coastal berms to prevent future floods, represents a classic example of successful adaptation.

The Dutch even profited from rising sea levels by opening new farmlands and expanding their exports to the global economy. Climate change was thus turned into a net plus.

Constructing proper adaptive policies may not be as emotionally satisfying as screaming about “climate criminals,” but it could prove far less damaging to the masses of people and the future of democracies.

A regime run by the climatistas is likely to be very authoritarian, with many seeing in the COVID-19 lockdowns a “test run” for top-down edicts over how people live.

In a sign of things to come, Switzerland is considering jail terms for those who try to stay too warm this winter.

For us to make progress on climate, the environmental movement needs to give up “utopian fantasies,” writes Ted Nordhaus, a longtime California environmentalist, and “make its peace with modernity and technology.”

Instead of placing all bets on fundamentally intermittent, unreliable, and economically problematic solar and wind energy, we should focus more on other options, from nuclear power to hydroelectric generation to continuing to replace coal with abundant, cleaner natural gas.

A smart adaptive policy would start with a serious assessment of costs and risks. If our worry is rising ocean level, we may look into duplicating the sea wall that has protected the Texas Port of Galveston for the past century.

A gradual shift to more energy-efficient vehicles—not just electric cars—would allow for the competition from other new technologies like hydrogen, recycled gas, and hybrids.

Nothing short of the stability of the global political economy is at stake.

Where climate hysteria promises only gloom, class conflict, and ever-increasing repression, an adaptation scenario allows humans to adjust to a warming world, even as we work to bring down emissions.

Adaptation gives us a way of addressing climate change while retaining prosperity, creating opportunities, and showing that, rather than wage a scorched earth policy to save Gaia, we can learn instead to work within its limits. 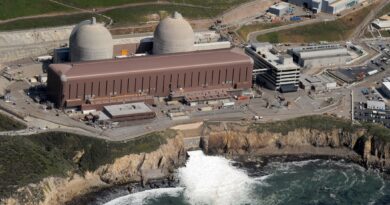 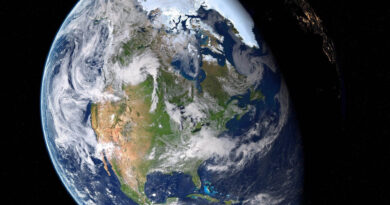 Global Surface Temp Rise Has Stalled…Stagnant Over The Past Decade 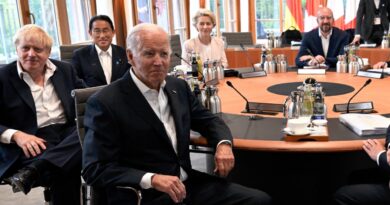 Eco-Activists’ Chagrin Grows As The West Turns To Fossil Fuels