TikTok influencer and attorney Preston Moore claimed in one of his videos that he was offered $400 to spread false information about President Trump related to the January 6 investigation.

“I was just offered $400 to make an anti-Donald Trump propaganda post related to the January 6 investigation that is completely not true,” Preston revealed on his TikTok Friday. “I should start out this video by saying I’m not a Donald Trump supporter. So that should give a little bit of context to where I’m coming from.”

Preston is an attorney in the firm’s Personal Injury and Products Liability Section. He works on cases involving serious injuries and bad products. He earned his Juris Doctorate from Harvard Law School and is currently working in Beasley Allen’s Atlanta office.

The Good Information Foundation is headed by Rick Stengel, President Obama’s Under Secretary of State for Public Diplomacy and Public Affairs from 2014 to 2016.

“The January 6th Committee investigation has proven an ongoing criminal conspiracy to overthrow our elections and take away our freedoms,” according to Good Info Foundation.

“MAGA Republicans have known all along that Trump betrayed the American people and they have selfishly and cowardly sided with him over freedom. They want to make this a country where men control women, armed white militants control us all, and a handful of wealthy white politicians control our lives and our futures.”

In order to obtain that $400, Preston should refer to the January 6 incident based on the “Important Notes” set by the Good Info Foundation.

From the Good Info Foundation:

Key Messaging (in your own words!)

Please feel free to use any supplemental content from the CSPAN video library for your video.

Graphic images of what actually occurred during the riot at the Capitol. **VIDEO HERE.**
Live testimony with vivid recounting of what happened. VIDEO HERE.
If any of the videos listed above do not fit your messaging, go HERE for more.

Say “criminal conspiracy”, not “attempted coup,” “treason” or “insurrection”.
Say “Trump Republicans”, not “Trump and his allies.”
Say “January 6th investigation”, not “hearing” or “trial.”
Call this an “attack on our country” or an attack on “America” or on “Americans” and a “criminal conspiracy,” “committed crime.”
Talk about “MAGA Republicans” etc.
Make clear this is ongoing and unresolved, not past and done.
Show voter agency, turn the anger into defiance.

1x 15-60 second TikTok video
Repost video onto Instagram reels
Concept to be pitched to Vocal first, followed by client feedback + approval prior to agreeing on a mutual date to go live
Paid usage rights for five (5) months
Do not use paid disclosures (not required for issue advocacy content)

“I’m not interested and the rate doesn’t work for me. This is the Good Info Foundation. They boast on their home page that good information is the lifeblood of a democracy,” Preston said.

“They further cry that we are in an information crisis. And you know the crazy thing about all of that? They’re right,” Preston added.

Invasion of the IRS!

MAX IGAN – RECONNECTING WITH SOURCE AND THE POWER WITHIN 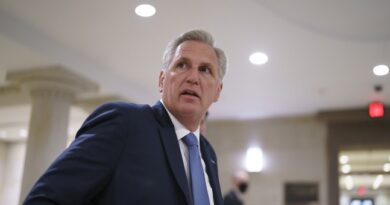