New York Attorney General Letitia James is suing Donald Trump and his three eldest children for massive fraud in a civil lawsuit following a three-year inquiry into the finances of the family business.

James said Trump “falsely inflated his wealth by billions of dollars” to enrich himself and his family and the lawsuit seeks to effectively shutter the former president’s namesake business, the Trump Organization.

“Mr Trump thought he could get away with the art of the steal, but today, that conduct ends,” James said. “There aren’t two sets of laws for people in this nation: former presidents must be held to the same standards as everyday Americans.”

James alleges that the false valuations sought to induce insurers to provide coverage at lower premiums and that for a decade, Trump and the business “created more than 200 false and misleading valuations of assets on his annual Statements of Financial Condition to defraud financial institutions.”

The lawsuit seeks $250 million in penalties; a permanent ban on the Trumps from running businesses in New York and to block Trump and the Trump Organization from purchasing commercial real estate in New York for five years.

What the suit seems to ignore is that banks and insurance companies do their own market evaluations and replacement cost estimates that they use to approve loans and insurance property estimates.

Trump responded with a series of posts on TRUTHSocial:

“Another Witch Hunt by a racist Attorney General, Letitia James, who failed in her run for Governor, getting almost zero support from the public, and now is doing poorly against Law & Order A.G. candidate, highly respected Michael Henry. I never thought this case would be brought – until I saw her really bad poll numbers. She is a fraud who campaigned on a “get Trump” platform, despite the fact that the city is one of the crime and murder disasters of the world under her watch!

“Attorney General Letitia “Peekaboo” James, a total crime fighting disaster in New York, is spending all of her time fighting for very powerful and well represented banks and insurance companies, who were fully paid, made a lot of money, and never had a complaint about me, instead of fighting murder and violent crime, which is killing New York State. She is a failed A.G. whose lack of talent in the fight against crime is causing record numbers of people and companies to flee New York. Bye, bye!

“The New York Times: ‘Her (Peekaboo James) case against him could be difficult  to prove. Property valuations are often subjective, and the financial statements include a (very strong) disclaimer.’ Thank you!”

The Scourge of State-Sponsored Mass Murder by Kill Shots 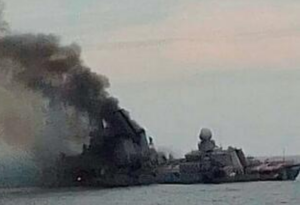