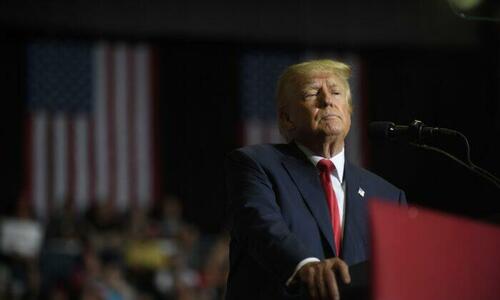 Authored by Zachary Steiber via The Epoch Times,

The U.S. judge in charge of disputes over records seized from former President Donald Trump’s home on Sept. 22 blocked the special master she appointed from viewing records with classified markings taken from Mar-a-Lago.

Cannon is a judge of the U.S. District Court for the Southern District of Florida.

The changes were outlined in an order handed down the morning after a panel of judges on the appeals court overseeing that court said Cannon “likely erred” in her order when she blocked the U.S. Department of Justice from using the records with classification markings for its investigation into Trump, and when she ordered the government to let U.S. District Judge Raymond Dearie, the special master, and Trump lawyers access the materials, which Trump has said he declassified but the government says are still classified.

Cannon sided with Trump on Sept. 15 and inserted Dearie into the process, finding that it was important not to “accept the Government’s conclusions” on the records in question.

She also said it was not appropriate to accept at this time the government’s assertion that Trump has no plausible claim of privilege to any of the documents.

The appeals court panel, though, responding to a motion for a partial stay from the government, said that “we cannot discern why Plaintiff would have an individual interest in or need for any of the one-hundred documents with classification marking.”

A three-judge panel on a federal appeals court on Wednesday granted a DOJ request to allow its investigators to regain access to roughly 100 documents bearing classification markings seized during an August 8 raid on former President Donald Trump’s Florida residence.

“For our part, we cannot discern why [Trump] would have an individual interest in or need for any of the one-hundred documents with classification markings, said Judges Robin Rosenbaum, Britt Grant and Andrew Brasher (the latter two of whom were appointed by Trump). “Classified documents are marked to show they are classified, for instance, with their classification level.”

According to the judges, Trump “has not even attempted to show that he has a need to know the information contained in the classified documents,” according to the decision.

“In any event, at least for these purposes, the declassification argument is a red herring because declassifying an official document would not change its content or render it personal,” the panel continued. “So even if we assumed that [Trump] did declassify some or all of the documents, that would not explain why he has a personal interest in them.”

Last week the DOJ asked the 11th Circuit to intervene after US District Judge Aileen Cannon, another Trump appointee, denied their request to restore access to the roughly 100 records marked classified, which were found among the 11,000 documents seized during the raid.

In their appeal to the Atlanta-based court, Justice Department lawyers argued Cannon’s order “hamstrings” its criminal probe and irreparably harms the government by blocking “critical steps of an ongoing criminal investigation and compelling disclosure of highly sensitive records,” including to Trump’s lawyers. They also warned Cannon’s temporary ban keeping investigators from using the materials for investigative purposes “impedes the government’s efforts to protect the nation’s security.”

The former president’s legal team urged the 11th Circuit to turn down the Justice Department’s request to regain access to the sensitive documents, reiterating its characterization of the court fight as a “document storage dispute that has spiraled out of control.” The federal probe into Trump, his lawyers James Trusty and Christopher Kise told the court, is “unprecedented and misguided.” -CBS News

As Jonathan Turley notes, this move was not unexpected – and was the “smart move” by the DOJ to first seek access to this subset of documents with classified markings.

Trump, meanwhile, gave an hour-long interview with Fox News’s Sean Hannity, in which the former president suggested that he could declassify any or all documents “with a thought” – a position Turley thinks is likely to further alienate both the appellate court and the Special Master appointed by Judge Cannon, both of whom have expressed frustration at Trump’s team for failing to articulate support for their declassification claims.

Since the night of the Mar-a-Lago raid, many of us have asked for the evidence of such an order.  While the government must show a knowing violation (as opposed to classified status), the Trump team has repeatedly declined to produce evidence of such a written or oral order, including any declaration from Trump or staff on such a decision.

The Hannity interview may explain why.  In the interview, Trump did not claim any written order and brushed aside any need for any process or even expression of an intent to declassify:

Hannity: “A president has the power to declassify.”

Hannity: “You have said on Truth Social, a number of times, you did declassify.”

Trump: “I did declassify yes.”

Hannity: “What was your process to declassify?”

“There doesn’t have to be a process … I declassified everything” — Trump on how he declassified documents (this is false — there is a process Trump didn’t follow) pic.twitter.com/ehX8QqTnmB

If a president could declassify with a thought, he could literally declassify every document in the possession of the U.S. government with a constitutional Jedi-like power. No one would know that there was declassification other than the fact the he removed the documents or treated them as declassified.

Trump also appears to be relying on a legal advice defense (as he has with the challenge to the 2020 election and Jan. 6th questions). He makes direct reference to being given different accounts of the controlling law. There are some lawyers who believe that a president has immediate and unlimited authority over classified information. However, Trump is stating that he may not even have to utter a word of declassification to effectively negate the process of declassification as well as the status of documents.

That is clearly not going to go over well with the courts.  Special Master Dearie has already lost patience with the Trump team in failing to support declassification claims and, correctly, said that he will proceed under the view that these documents remain classified in the absence of such proof.

At the same time, the 11th Circuit handed down its decision to curtail the earlier Special Master order to allow prosecutors to resume their review of documents  marked classified.

Judge Cannon’s order on the classified documents was the most controversial element of her appointment. The former president’s failure to support his declassification claims only magnified the problem with that part of the order. However, the court also noted that “even if we assumed that Plaintiff did declassify some or all of the documents, that would not explain why he has a personal interest in them.” 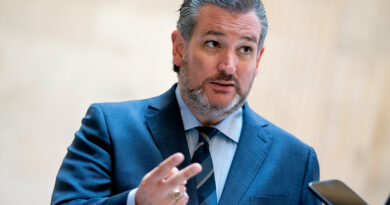 Italian nurse sees being resembling two and a half metre bird