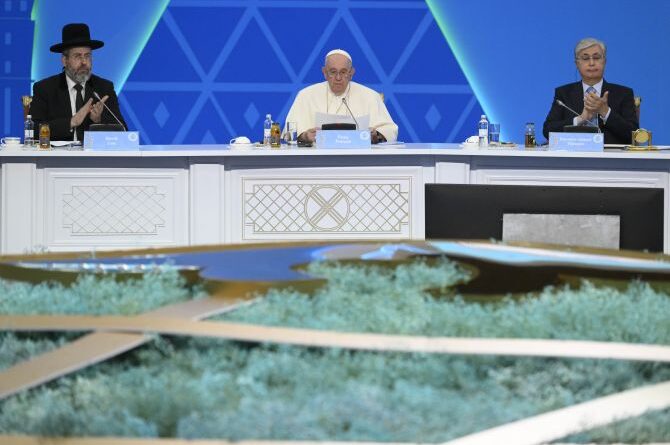 Donation in support of Leo’s work through Fundly: https://fundly.com/leo-lyon-zagami-channel  or GoFundMe https://www.gofundme.com/f/the-leo-zagami-show-lesule

At the beginning of September, Pope Francis laid to rest rumors that a papal visit to Ukraine could happen before he visits Kazakhstan, saying he had been forbidden by doctors from traveling there due to his ongoing knee troubles.

However, Pope Francis finally went to the capital of Kazakhstan, Astana, now called Nur-Sultan, the infamous city built by the Illuminati to move forward his One World Religion project for the coming Antichrist.

While in Nur-Sultan on the Feast of the Exaltation of the Holy Cross, Pope Francis did not mention Jesus even once in his seven-minute address to the interfaith assembly in Kazakhstan.

Instead, the Masonic pontiff demoted Jesus to one of the ways leading to the “Divine,” substituted “human fraternity” for the Holy Trinity, and emphasized that it is “fraternity that unites us as children of the same Heaven,” confirming the Masonic project laid out with Fratelli tutti (All Brothers) the third encyclical of Pope Francis, subtitled “on fraternity and social friendship” signed on October 3, 2020, on the occasion of Pope Francis’s visit to the tomb of his namesake, Francis of Assisi.

Using circumlocutions for God borrowed from pluralist theologians like John Hick and Paul Knitter, Francis spoke also of the “mystery of the infinite that transcends and attracts us.”

The pontiff also used more generic designations like “the Almighty” and “the Divine” in his attempt to be inclusive of the Islamic and Indic understandings of God.  From the start, Pope Francis has promoted the error of indifferentism — that is, that all religions are the same in preparation for the soulless One World Religion controlled by Cyber Satan and the Antichrist. 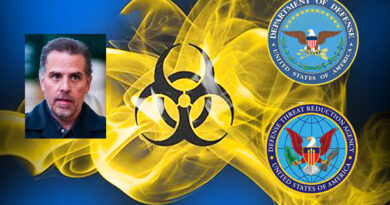 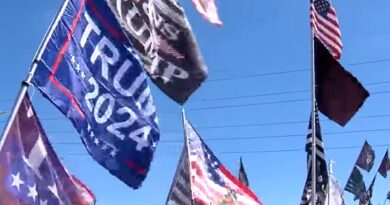