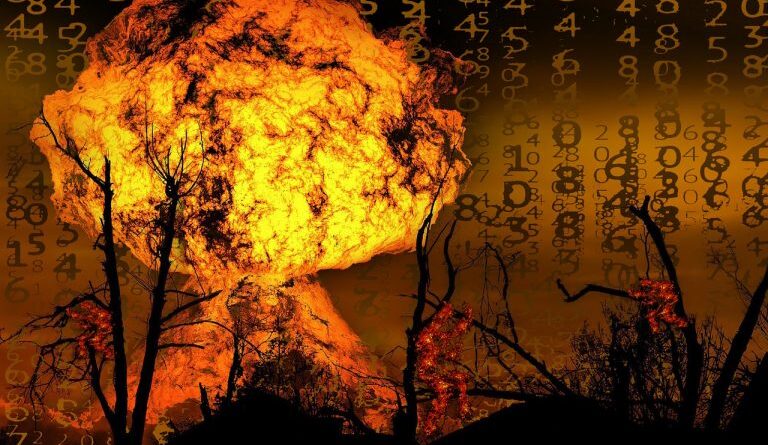 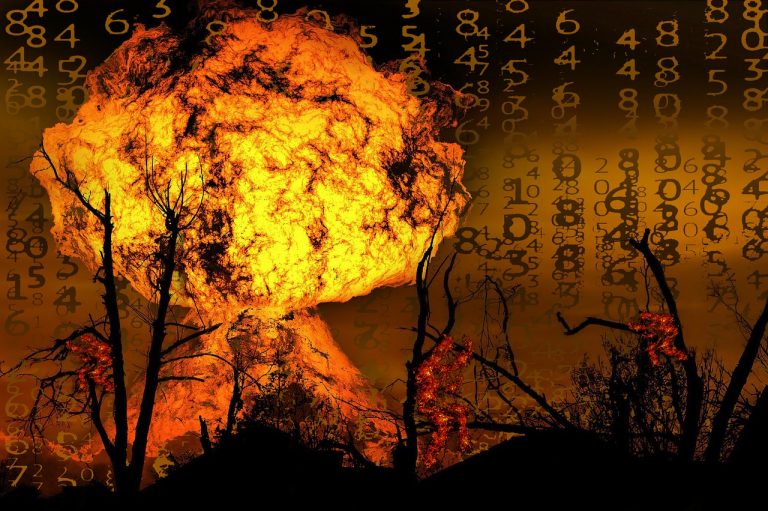 If heavily armed intruders were trying to break through the door of your home, would you shoot them if they actually succeeded in getting inside? Most westerners do not realize this, but that is actually how the Russians view the conflict in Ukraine. They are entirely convinced that this is a life or death struggle with NATO, and almost nightly there is discussion about the possibility of nuclear war on television. The Russians are deeply scared, and they truly believe that the future of their nation hangs in the balance. In an existential fight for national survival, there are no limits. The Russians will do whatever is necessary to ensure the survival of Russia, even if that means causing a global cataclysm.

You may be reading this and thinking that all of this sounds quite silly to you.

But it doesn’t matter what you believe.

What matters is what the Russians believe.

When the Soviet Union broke up, NATO promised that they would not expand eastward and gobble up former Warsaw Pact countries.

But that is exactly what happened.

Ukraine was supposed to be where it finally stopped, but now Russia finds itself fighting an army in Ukraine that has been trained by NATO, that has been supplied with highly sophisticated NATO equipment and that is constantly being fed intelligence from NATO.

In addition, the successful counter-offensive that Ukraine has launched has been spearheaded by lots of foreign fighters from NATO countries.

Those fighters are supposedly in Ukraine “voluntarily”, but the Russians aren’t buying it.

At this point, the Russians are framing this war as a direct fight with NATO, and Vladimir Putin just greatly escalated the conflict…

The desperate despot also ordered the mobilisation of 300,000 military reserves – a first in Russia since the Second World War – and gave the go-ahead for referendums to be held in occupied areas of Ukraine that would make them a part of Russia, in the Kremlin’s eyes at least.

He vowed to use ‘all means’ to defend the regions, saying: ‘If the territorial integrity of our country is threatened, we will use all available means to protect Russia and our people – this is not a bluff… I shall stress – by all means available to us. Those trying to blackmail us with nuclear weapons should know that the tables can turn on them.’

Putin is warning that if push comes to shove he will not hesitate to use nuclear weapons.

And he isn’t the only prominent voice in Russia that is talking like this.

Just a few days ago, one Russian journalist suggested that Putin should have nuked the Queen’s funeral because so many western leaders were all gathered in one place…

Putin should have nuked the Queen’s funeral while world leaders were all in one place, one of the Kremlin’s most-prominent propagandists has declared.

Olga Skabeyeva, dubbed Putin’s ‘Iron Doll’, made the ghoulish suggestion last night – just hours after Her Majesty’s body was laid to rest at the end of 11 days of mourning.

The 37-year-old – who is married to a Russian politician – was speaking with guests about when and where her country could use its nukes when she said: ‘We should have done it today, all the best people are [in Britain] for the funeral.’

You and I may look at that and think that Olga Skabeyeva must be completely insane.

Because without a doubt, it was a truly horrible thing for her to say.

But we have to understand that this is the sort of frame of mind that the Russians are in right now.

To them, nuking the west is a very real option because they are entirely convinced that western leaders want to destroy Russia.  The following comes from a Russian news source…

We must speak frankly and openly: the West is waging a fierce war against the Russian state, using local forces as proxies. And this is covered by the fig leaf of “defending democracy.” However, what they really want is for Russia to be destroyed. Forever! Irrevocably!

Whether we like it or not, this is what they believe.

And if we want to find a way out of this mess that does not involve nuclear war, we need to clearly understand what they are thinking.

Alexander Dugin is one of the most influential voices inside Russia right now, and he is openly warning that “the probability of a nuclear Armageddon grows by the day”…

We are on the brink of World War III, which the West is compulsively pushing for. And this is no longer a fear or expectation, it is a fact. Russia is at war with the collective West, with NATO and its allies (though not with all of them: Turkey and Greece have their own position and some European countries, primarily but not only France and Italy, do not want to actively participate in a war with Russia). Yet, the threat of a third world war is getting closer and closer.

Whether it will come to the use of nuclear weapons is an open question. But the probability of a nuclear Armageddon grows by the day. It is quite clear, and many American military commanders (such as the former American commander in Europe Ben Hodges) openly declare it, that the West will not even be satisfied with our complete withdrawal from the territory of the former Ukraine, we will end up on our own soil, insisting on ‘unconditional surrender’ (Jens Stoltenberg), ‘de-imperialisation’ (Ben Hodges), dismemberment of Russia.

In 1991, the West was content with the collapse of the USSR and our ideological surrender, primarily by accepting the Western liberal ideology, political system and economy under Western leadership. Today, the red line for the West is the existence of a sovereign Russia, even within the borders of the Russian Federation.

This is the man that is often referred to as “Putin’s brain”.

Sadly, Putin is literally surrounded by people that think this way.

Despite NEWSWEEK Hysteria, Border Apprehensions Still Way Below 2019 Numbers. But They Are Creeping Up

The LGB Movement Was Infiltrated by NAMBLA