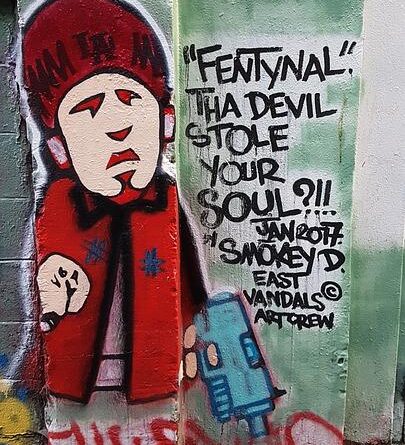 I’m talking to you, Trump, about lethal fentanyl

(This is Part-10 in a series — “Decentralizing Power and The Use of the Bully Pulpit”. For Part-9, click here.)

I’m beginning to think that some of my articles I’ve directed at governors — detailing both COVID and open borders crimes — may have helped wake them up.

So I’m directing this one at Trump.

He can sit down with a pro for 5 minutes, who’ll explain how open borders is letting in enough Mexican fentanyl to kill every American a hundred times over.

And then in the next 5 minutes, the pro can describe how Wuhan, China, is Earth Central for supplying the chemicals to make fentanyl, to Mexican labs and labs in other countries.

Trump will need to digest that information and then USE IT.

I’m talking to you, Trump.

You can make this your issue. Now. You can paint a true picture of the drug cartel war against America. You can truthfully link it to open borders.

You can link it to big city gangs who are acting as distributors for the cartels. How else do you think the fucking gangs make money? Robbing liquor stores?

They sell cartel drugs, the most lethal of which is the opioid, fentanyl.

The underreporting on the casualties gives us 300,000 US opioid deaths in the last 10 years and 2 million addicts. The actual numbers are a lot worse. And they’re going sky-high. Consult an honest DEA agent for the truth.

You, Trump, can go on the road with these explosive messages, to your 100 million followers.

The Republicans are rooting around like blind hogs to find one giant issue that can swing the upcoming midterms.

If you pound on this issue hard enough, you can create a hurricane.

We are at war. We’ve been at war for some time. And we’re losing.

As I keep writing (the DEA will confirm this), the latest seized fentanyl shipments are pills disguised as CANDY.

Think about this, Trump. Put down your golf clubs and think.

Are these pills designed to hook little kids and turn them into street addicts? Really?

2 milligrams of the drug (the weight of just 7 grains of salt) are a lethal dose.

Do you have the balls and brains to bring these facts home to your 100 million people?

PS: I have a few words for QAnon followers. If you discovered that, in an underground cavern, Hillary Clinton was taking time off from torturing George Washington and Ben Franklin, and she was heading up a team developing a secret poison of poisons to spread throughout America, above ground, you’d be all over that story like flies on shit. But because that poison is ALREADY HERE, and it’s already everywhere in America, that’s too boring, so you yawn and move on. Not interested.

The poison is fentanyl and it’s in your neighborhood. The one you actually live in. You know — houses, apartment buildings, stores, streets, cars, people. THAT neighborhood.

The hottest takes on culture