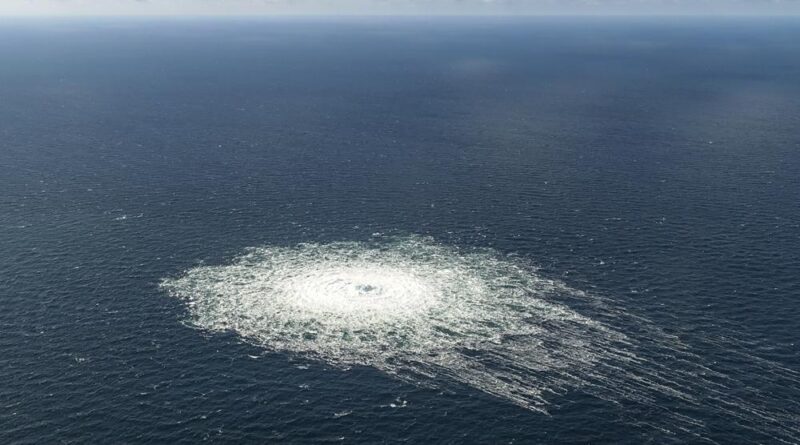 On September 28th, the AP headlined “Record methane leak flows from damaged Baltic Sea pipelines” and reported that “Methane leaking from the damaged Nord Stream pipelines is likely to be the biggest burst of the potent greenhouse gas on record, by far. … Andrew Baxter, a chemical engineer who formerly worked in the offshore oil and gas industry, and is now at the environmental group EDF …  said, ‘It’s catastrophic for the climate.’” The article pointed out that methane “is 82.5 times more potent than carbon dioxide at absorbing the sun’s heat and warming the Earth.”

Russian President Vladimir Putin had been aiming ultimately (and maybe soon) to get the gas to Europe flowing again, and said to EU nations on September 16th, “Just lift the sanctions on Nord Stream 2, which is 55 billion cubic metres of gas per year, just push the button and everything will get going.”

Here is what U.S. President Joe Biden had already promised about that on February 7th:

If Germany — if Russia invades — that means tanks or troops crossing the — the border of Ukraine again — then there will be — we — there will be no longer a Nord Stream 2.  We will bring an end to it.

PRESIDENT BIDEN:  We will — I promise you, we’ll be able to do it.

He had promised to cause permanently the end of Nord Stream if Russia invaded, which it did on February 24th. He fulfilled on that promise on September 27th.

Radek Sikorsky, who is a Member of the European Parliament and had been Poland’s Foreign Minister and is the husband of the famous writer against Russia Anne Applebaum, and has been affiliated with Oxford University, Harvard University, and NATO, tweeted on the day of the explosions, “Thank you, USA.” He also tweeted explanations: “All Ukrainian and Baltic sea states have opposed Nordstream’s construction for 20 years. Now $20 billion of scrap metal lies at the bottom of the sea, another cost to Russia of its criminal decision to invade Ukraine.” And: “Nordstream’s only logic was for Putin to be able to blackmail or wage war on Eastern Europe with impunity.”

Furthermore on September 27th, Germany’s Spiegel magazine reported that, as Reuters put it, “The U.S. Central Intelligence Agency (CIA) had weeks ago warned Germany about possible attacks on gas pipelines in the Baltic Sea”

On September 28th, SouthFront headlined “No Way Back for Europe” and reported:

It is reasonably suspected that the pipeline was blown up by the special services of the United States in order to finally stop the gas supplies to Germany from Russia.

On September 27, a detachment of warships led by the US amphibious assault ship USS Kearsarge reported on the completion of their tasks in the area of the alleged sabotage in the Baltic Sea and headed for the North Sea. 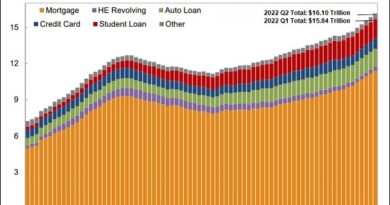 Astonishing Charts from New York Fed Show the Dire Straits of U.S. Consumers During the 2008 Crash and Its Aftermath — Versus Today