Hegemon USA is a monster more menacing to humanity than other rogue regimes in world history.

Longstanding US policy is all about waging forever wars on invented enemies to control them, their resources and populations — by no-holds-barred brute force.

It’s about waging perpetual war on humanity at home and abroad to serve its ruling class and monied interests at the expense of peace, equity, justice and the rule of law.

It’s about raping and destroying one nation after another free from its tyrannical control.

It’s about first-strike use of nuclear and other terror weapons at its discretion.

It’s about eliminating billions of unwanted people by kill shots designed for this purpose, as well as state-sponsored famine, pestilence and other dirty tricks.

It’s about establishing ruler/serf societies worldwide — ones unsafe and unfit to live in.

Its recklessly dangerous war on Russia by use of Ukrainian Nazis and conscript foot soldiers risks going nuclear by accident or design.

Infested with bald-faced Big Lies, its newly released National Security Strategy (NSS) bears testimony to the unparalleled menace it poses — the risk of its destroying planet earth and all its life forms by its megalomaniacal rage to own it.

It has nothing to do with “protect(ing) the security of the American people (sic)” — just the opposite.

It’s unrelated to “expand(ing) economic opportunity (sic)” — except for its ruling class and monied interests at the expense of all others.

It’s world’s apart from “defend(ing) democratic values (sic)” — a notion abhorred and not tolerated throughout the US/West.

Its “most pressing challenge” is eliminating “free, open, prosperous…secure” societies, not the other way around.

Its military is an instrument of state-sponsored aggression against nonthreatening, nonbelligerent nations — not a tool for “deterring conflict (sic).”

Turning truth on its head, the Biden regime’s NSS falsely accused China of wanting “to reshape the international order in favor of one that tilts the global playing field to its benefit (sic)”— how hegemon USA operates, not Beijing.

And this bald-faced Big Lie about Russia, saying:

Its democracy as it should be shames US/Western fantasy versions.

The vast majority of its people are exploited, not served.

Its military no longer “remains unmatched.”

Along with the unparalleled menace it poses, hegemon USA is a colossal lying machine.

The following whopper from the Biden regime’s NSS is one among countless other examples — falsely hyperventilating the following:

Russia “pursue(s) an imperialist foreign policy (sic) with the goal of overturning key elements of the international order (sic).”

“This culminated in a full-scale invasion of Ukraine (sic) in an attempt to topple its government (sic) and bring it under Russian control (sic).”

“It was preceded by Russia’s (nonexistent) 2014 invasion of Ukraine  (sic), its military intervention in Syria (sic), its longstanding efforts to destabilize its neighbors using intelligence and cyber capabilities (sic), and its blatant attempts to undermine internal democratic processes in countries across Europe, Central Asia, and around the world (sic).”

“Russia also interfered brazenly in US politics (sic) and worked to sow divisions among the American people (sic).”

“And Russia’s destabilizing actions are not limited to the international arena (sic).”

“Russia now has a stagnant political system (sic) that is unresponsive to the needs of its people (sic).”

All of the above, and lots more of the same, define how hegemon USA operates on the world stage — clearly not Russia.

Its war on humanity — at home and globally — is unmatched in world history.

Throughout the post-WW II period alone, hegemon USA interfered in the internal affairs of virtually all other countries, including their elections.

It forces other nations to bend to its will by virtually every form of lawless coercion imaginable.

In his scholarly work, William Blum documented its ruthlessness, saying:

That’s what the scourge of its imperial ruthlessness is all about.

It’s not a pretty picture, Blum stressed – “enough to give imperialism a bad name.”

Millions of corpses and ruthlessly exploited populations attest to its barbarity — a rogue state exceeding the worst of all others in world history, over a longer duration since the 18th century.

Its super-weapons exceed the best in the West — developed and produced at a tiny fraction of countless trillions poured down a black hole of waste, fraud and abuse by hegemon USA at the expense of vital homeland needs.

China, Russia, India, Iran and other independent nations are rising in prominence on the world stage at a time when US-dominated NATO is in irreversible decline en route toward history’s dustbin.

It can’t arrive a moment too soon. 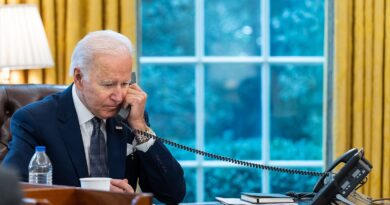 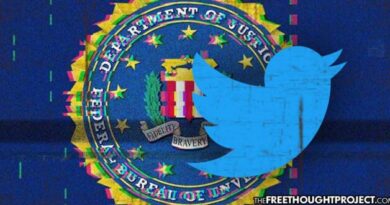